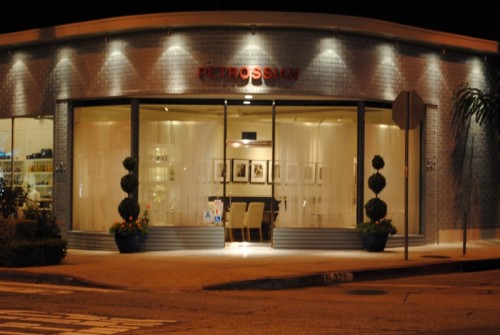 Petrossian has been a hot restaurant around town since chef Benjamin Bailly took over the helm of the kitchen. Best known as purveyors of caviar, Bailly has elevated the restaurant to become a dining destination as well. The restaurant has been very popular in the food blogging world, but outside of that, I don’t think it has really caught on. As of the date of this writing, its Yelp review has a measly 60 reviews – an indicator that people simply aren’t paying a visit (though when they do, it’s favorable, given the 4-star review). 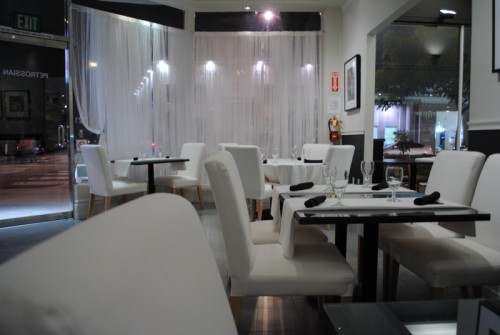 I was rather surprised that the restaurant was not very crowded at all on a Friday night. Less than half of the tables were occupied. Note the above picture was taken at the end of the night when they were closing. 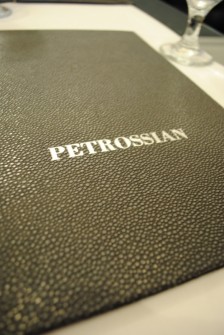 We decided to try a number of dishes off the menu, which (obviously) emphasizes the use of caviar in a number of its preparations. 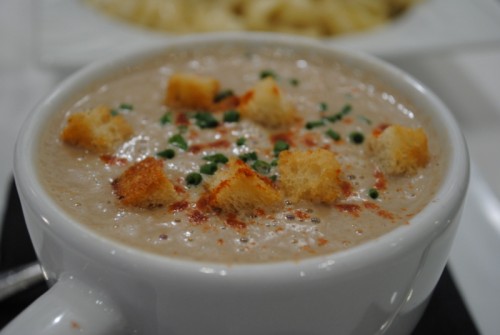 This dish was a playful rendition of a cappuccino, except it was a frothy, rich mushroom soup. I’m not a mushroom lover, so I enjoyed the first few sips but kind of got tired of it. 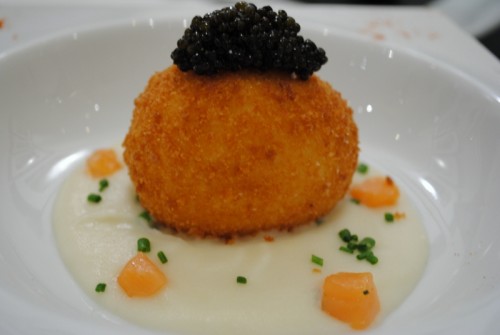 This is an interesting course, of a poached egg in a crispy exterior. 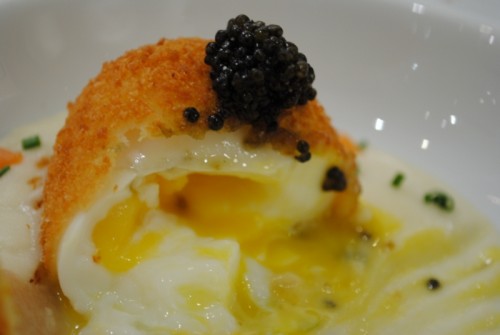 When broken, the rich yolk escapes all over the plate. This was yummy – runny egg yolks typically are – and the saltiness of the caviar cut into the rich yolk nicely. 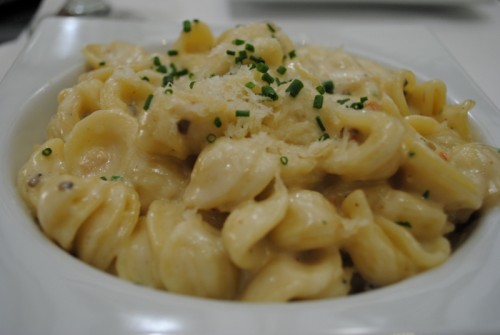 This dish was seriously delicious. Loved it, and I typically don’t really even like mac and cheese. Nice al dente orechiette pasta is mixed in with a rich parmesan cream sauce, with black truffle and bacon. That combination is hard to beat. 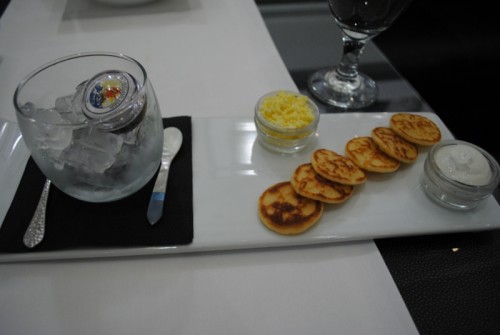 Since we’re at Petrossian, some caviar tasting was in order. This Transmontanus caviar is from California white sturgeon, served here with blinis, creme fraiche, and crumbled hardboiled egg. 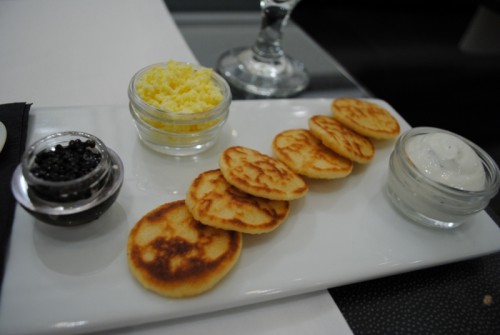 The caviar was, of course, salty, seafood-tasting, and a little but nutty. The fresh warm blinis were great as well. 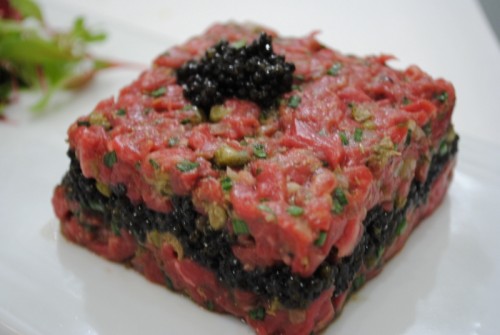 This dish is a steak tartare, with a layer of caviar running through it. Mixed greens and crostini came along for serving.

This dish was deceivingly large, as the steak and caviar (a generous portion) are pretty densely packed. I think we went through 16-20 crostini before just finishing off the tartare straight. I was a little disappointed by this dish, I thought the flavor was fairly monotone – that of Worcestershire sauce? Also, I got a number of bites of raw steak gristle, which weren’t pleasant.

We didn’t feel like dessert as the whole meal, which didn’t seem like a ton of food, was really filling (notably the mac and cheese and steak tartare). My overall impression of the restaurant is positive, and I’m still surprised more people aren’t coming in.