One of my friends is a regular at Mako, and he recommended giving their omakase a try. Located in the same Weller Court plaza as the infamous Orochon, its third-floor location doesn’t get a whole lot of foot traffic. Thus, I am calling this a hidden gem. We went with the $70 omakase, the higher of the two levels ($45 and $70) offered.

The first dish to come out was a cucumber and seaweed “salad” topped with sesame. 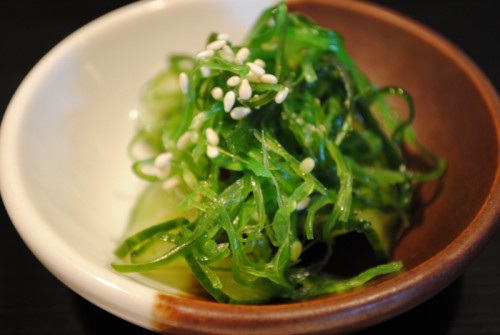 With its light, fresh flavors, this was a good start to the meal. Next up was an avocado filled with salmon eggs. 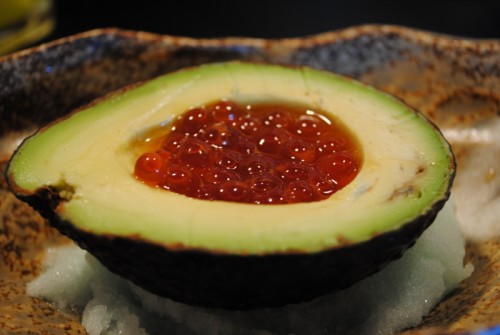 This avocado was very nicely ripe, and the salmon egg provided a nice saltiness to pair with the richness of the avocado. Next, a very interesting dish with sticky yam, okra, tuna, quail egg, seaweed and wasabi. 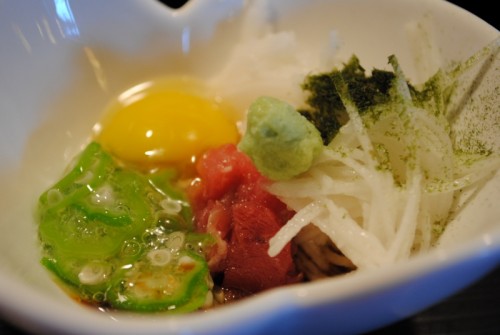 This dish was stirred up, and created a little bit of a gooey pasta-like dish with the yam. Quite good. Next came our first cooked fish – Hokkaido sea scallops with green beans, and matsutake and enoki mushrooms. 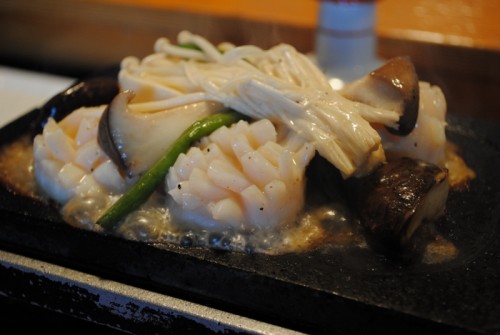 This came out with a dipping sauce. 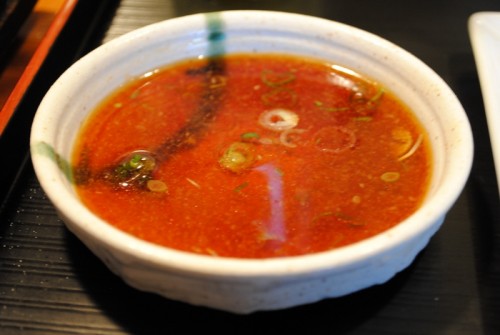 I enjoyed this dish, though my last scallop was rather overcooked. This may have been my fault – I probably should have taken it off the sizzling plate sooner. Continuing with the cooked dishes was a tempura oyster and cod served with katsu sauce and a tartar sauce. 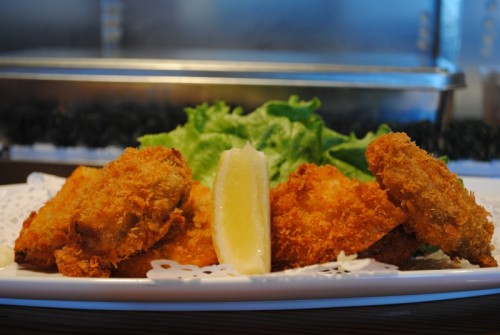 Both the cod and oyster were nicely cooked and pretty moist – especially the oyster. Up next was a sashimi course – Spanish mackerel, halibut, red snapper, toro, yellowtail stomach and salmon. 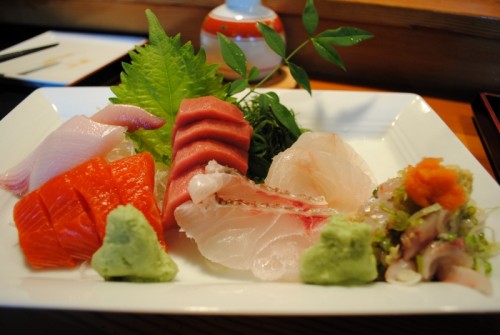 I was looking forward to our first raw fish preparation. Overall, all of the fish was very solid. The toro did not have as much of a melt-in-your-mouth feel as some others I’ve had, but the flavors were there.

Following was a Spanish mackerel, served cold in a Japanese marinade. 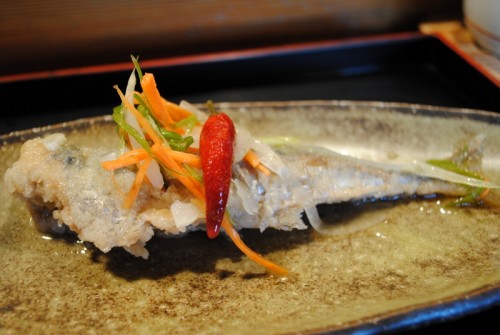 I always find difficult in eating a whole bone-in fish with chopsticks. However, I managed, and was able to eat the succulent meat of the fish, heightened with flavors of mirin and soy. Next up, raw oysters. 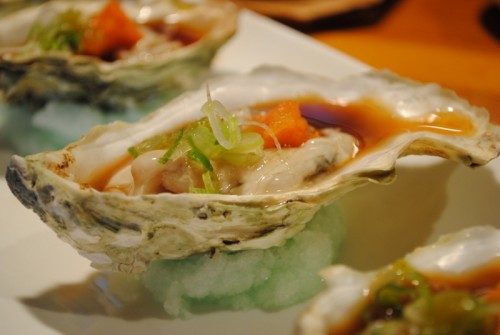 These were really delicious. The oysters had a clean, fresh taste to them, which was complemented by the soy and scallions. Next came the only sushi course, made up of tuna, yellowtail, salmon, uni and smelt egg. 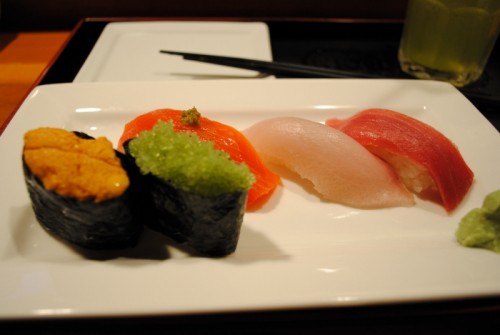 Each of these were pretty good – the highlight for me was the uni. Bad uni can be very apparent. Luckily, this was not the case – this uni had a fresh, slightly sweet flavor.

Lastly, we had a bowl of miso soup with mushrooms to finish off the meal. 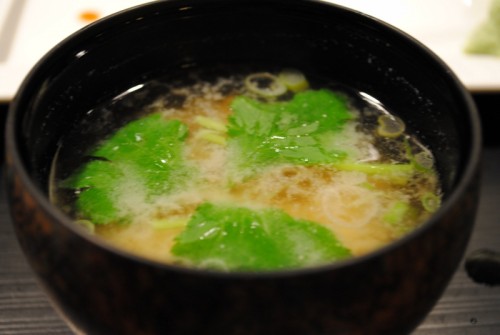 I was pretty pleased with this meal. Although it did not have as much sushi/sashimi preparations as I tend to be accustomed to, the variety of dishes was pretty great, and presented a pretty good value. The fish used in each course was very fresh, and there really were no missteps throughout our meal.