Haru Kishi is the new Executive Chef of the Beverly Hills location of Chaya Brasserie. What I find far more interesting is his culinary background. He was a part of the Joel Robuchon empire before coming to LA to be the head chef of Gordon Ramsay at the London WeHo. He has since moved on to the Chaya role, where he’ll be able to demonstrate his specialty – combining Japanese and French influences. This was definitely on display in this meal.

We tried a couple of the bar bites offered. 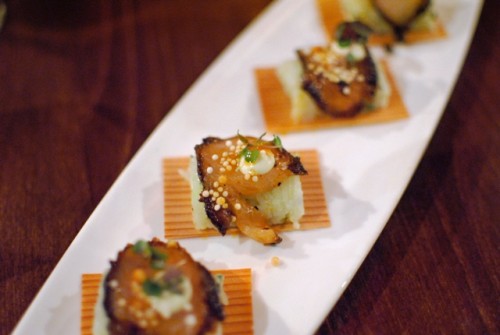 This was an interesting starter. Pressed sushi rice was topped with slices of hamachi that were crusted with mole and seared with hot oil. For me, the rice, densely packed, was too much. The fish was good, though each bite was overwhelmingly rice. 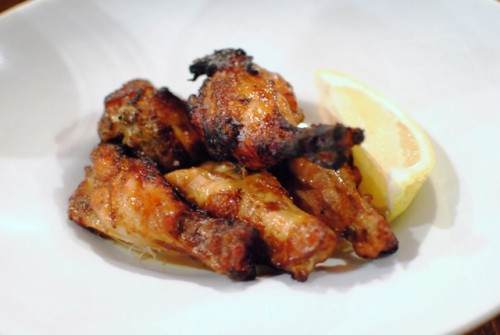 There was a miso-based marinade and a miso aioli to accompany the chicken. Subtly sweet and definitely savory, these were good chicken wings.

I typically don’t take pictures of all the drinks consumed throughout the meal, but I thought this drink was especially notable. 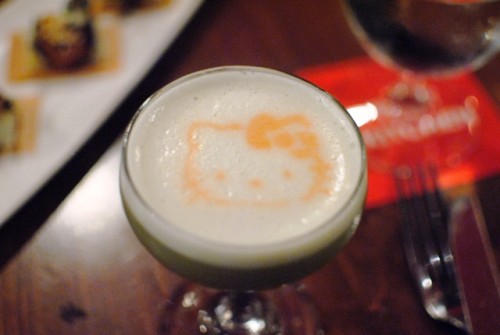 Check this one off under the “Japanese influences” category. Notice the warm green color, which is characteristic of matcha. 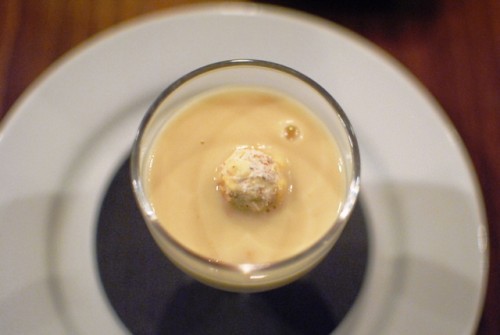 The sweetness of the onions and the smokiness of the bacon worked well together in this rich soup. Small strips of onions and chunks of bacon sat at the bottom, making this one extra hearty and flavorful. 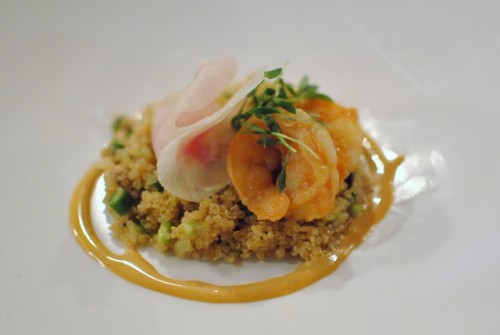 Loved Chef Kishi’s interpretation of this classic Southern dish. The quinoa was a perfect substitute for the grits, having a similar mouthfeel – though more earthy. I wasn’t a fan of how the shrimp was prepared though. Cooked sous vide, I found it rather mealy. Not really sure what happened here. The lobster vinaigrette added a little acidity to round out the dish. 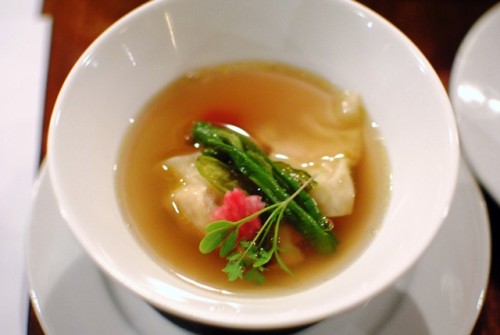 Beautiful soup. To me, this was pretty similar to a haute wonton soup. Maybe something I’d expect to find at WP24. The ravioli were delicate and filled with melt-in-mouth, rich foie gras. Add these with chunks of flavorful marinated chicken into a rich and hearty chicken soup, and you’ve really got something here. 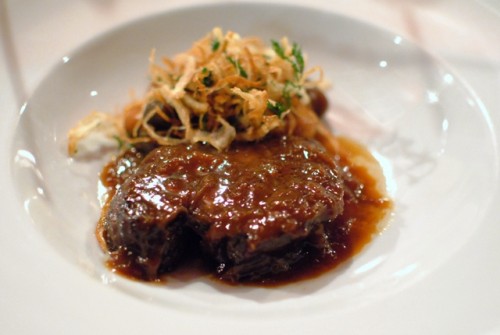 Why not make a pot roast out of wagyu beef? Australian wagyu beef cheeks, that is. Rich and exceedingly tender, the beef was excellent. The onion crisps added some texture, while the fondant potatoes completed the meat-and-potatoes pairing. I could have used some type of greens here to lighten up the dish, though. 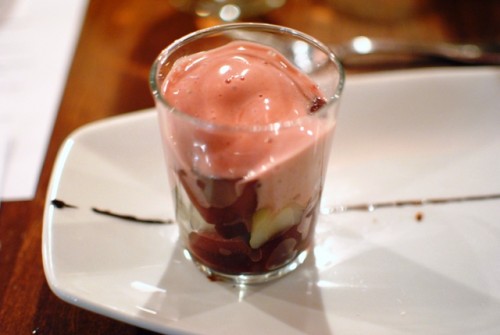 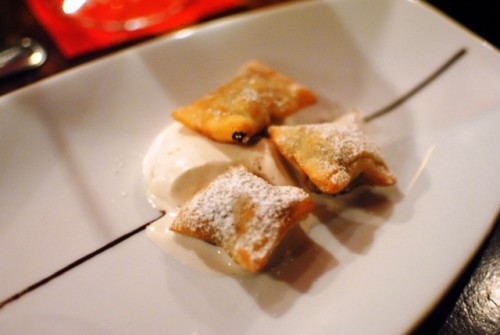 Lastly we had dessert which consisted of two parts: poached pears topped with a red wine foam and chocolate raviolis topped with cardamom sugar. The pears were somewhat unmemorable, though I loved the chocolate raviolis. The menu called them beignets, while the server described them as raviolis – I think they’re much closer to the latter. The dough was light and crisp, with a smooth chocolate filling. Delish!

I was pretty satisfied with this meal. While there were a couple of things I didn’t like (pressed sushi, texture of the shrimp), the bright spots outweighed them. Chef Kishi clearly demonstrated an ability to mix Japanese and French technique and ingredients, so it’ll be interesting to see what type of menu he develops at Chaya. I hope that he’s given a little bit of creative free rein and not overly confined to the overall concept of the Chaya chain, as I find their menus to be relatively similar across locations.