The Magnum pop-up is the brainchild of David Haskell and Joseph Mahon. Haskell is one of the city’s more notable wine personalities and handles the alcohol pairings, while Mahon (who handles the food) is a chef with a fine dining background, most recently at Bastide. This is their second version of the pop-up, with the first being focused on Korean cuisine. While the location is technically in Koreatown, the focus of this iteration is on Mexican.

Pal Cabron is a self-described hole-in-the-wall Mexican restaurant specializing in cemitas and clayudas (kind of like Mexican burgers and pizzas). It was interesting seeing the juxtaposition of having very refined dishes being served in an atmosphere without tablecloths or linen napkins.

I liked this starter – the shrimp was plump and sweet, while the chicharones provided some nice crunch. 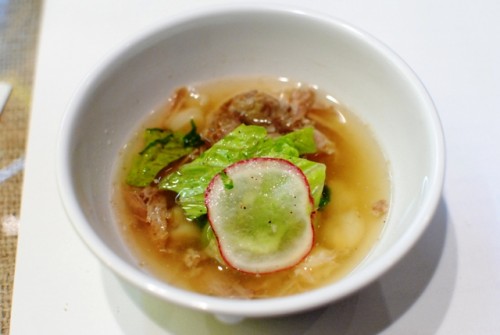 I also liked this soup – perfect for the cold, rainy weather we’ve been having. The soup had a deep and hearty meaty flavor, which went well with the mildly sweet corn. 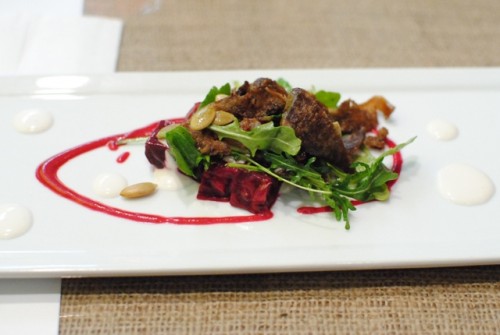 The veal tongue was great here, adding a little bit of meatiness and crispiness to this dish of beets. The arugula was a good addition as well, adding its characteristic pepperiness. 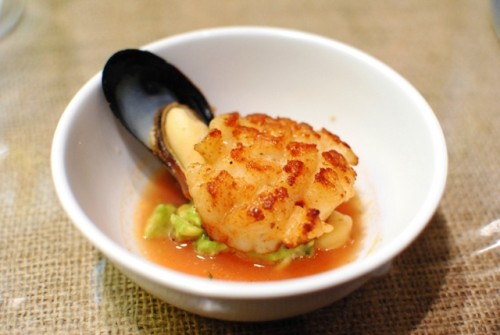 The strong dishes continued with this large, perfectly-cooked scallop. I liked the meatiness of the avocado pairing, as well as the tomato-based broth and prosecco pairing to cut through the richness. 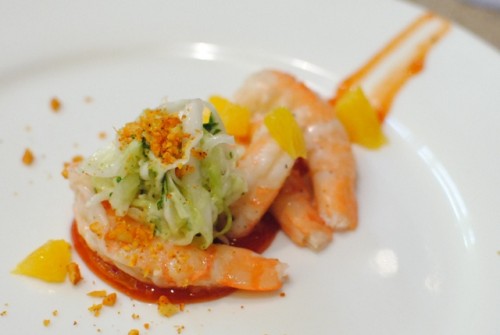 The shrimp was cooked well, leaving it nice and plump. This was similar to a “constructed” shrimp cocktail, essentially. I liked it, though it wasn’t quite as interesting as the others. 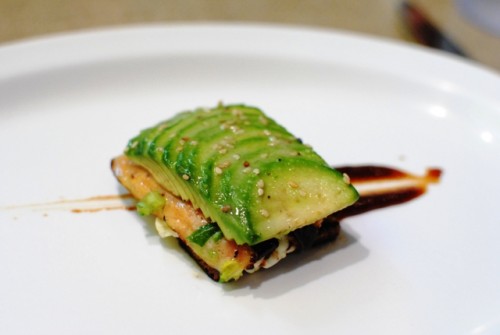 Haskell poured this next pairing, a mezcal, out of a plastic gas can. The mezcal had a strong, smoky flavor which paired brilliantly with the rich foie gras and avocado, as well as the barbecue sauce. Very nice. 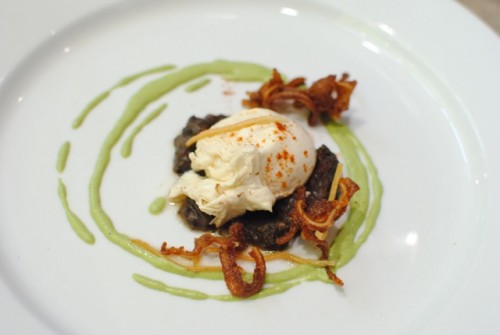 It’s hard to beat a perfectly poached egg. Here it was paired with some flavorful beans and scallion cream, which made a very nice combination. The fried pig ears added the texture – but too much. I found them too hard and chewy to be enjoyable.

Kevin had the clever idea of ordering some toast (typically for the cemitas) to mop up the sauce. The bread here was money. 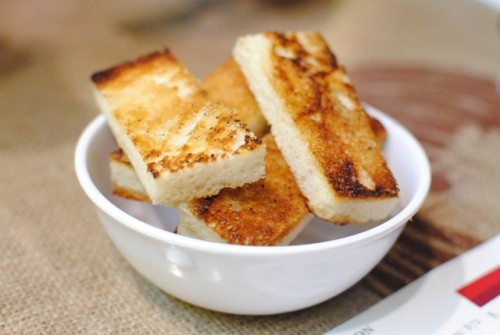 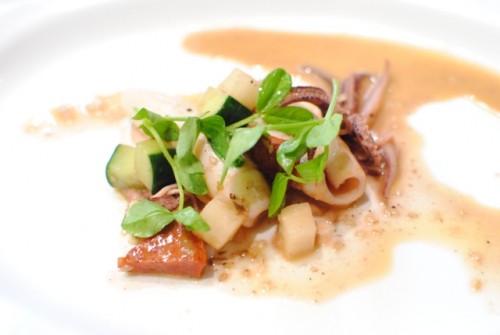 The squid was cooked perfectly, yielding a very tender texture. The chorizo had a strong flavor, almost overpowering the squid, but I thought it worked well. Finally, the cucumber and jicama adding a little texture and freshness to the dish. 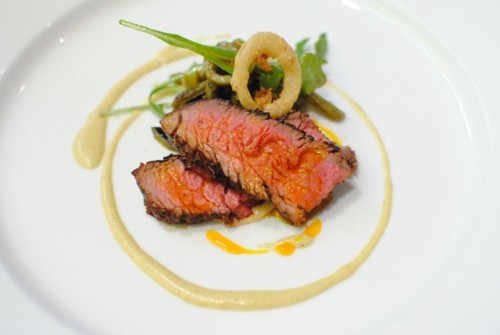 I think flank steak is a very underutilized cut of meat. It’s a relatively reasonably-priced cut of beef, but it packs so much flavor. No exception here, and I liked the sweet grilled corn sauce pairing. The cactus salad was interesting; it had a sort of slimy feel to it, similar to okra. 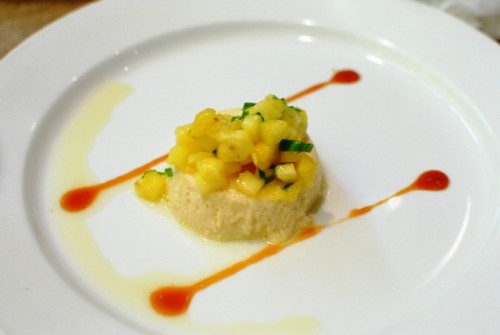 This was a little bit of a richer, denser flan than ones I’ve had before. However, I liked the sweetness of the pineapple and caramel sauce to pair. Lastly, a milky sake was paired with this dish, which I enjoyed.

I thought my first meal at Magnum was a large success. I enjoyed the food – it was refined, imaginative and executed well. The wine pairings did not disappoint either, and I had high expectations given Haskell’s pedigree. However, I did think the cost of the food ($92 before tax/tip) was a little higher than I expected in this setting.