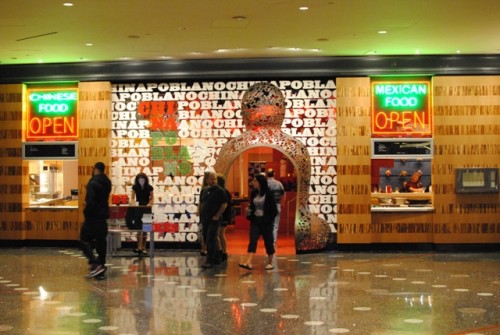 China Poblano is probably Jose Andres’ most unexpected concept. When I first heard about this place, I thought he was going to be creating Chinese-Mexican fusion. Dude. Weird. However, that’s not the case. The cuisines are kept separate here, just presented together. That means Chinese noodles, dim sum and other small plates served side-by-side with Mexican tacos, ceviches and guacamole. How would this work?

Andres is shooting for authenticity here – I’m sure I’m not the only Asian person really skeptical about this. He’s got help though; Andres has hired (imported) chefs from Mexico and China to help him out. 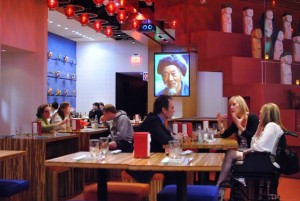 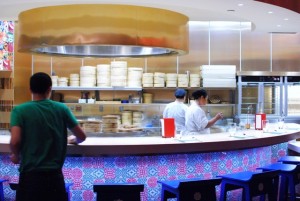 We started with the “cold tea.”

Cold “Tea” for Two a punch-like creation of green tea, tequila, and beer 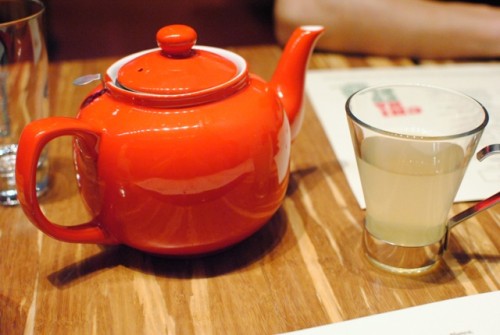 I thought the tequila was rather strong in this. It just wasn’t noteworthy at all. 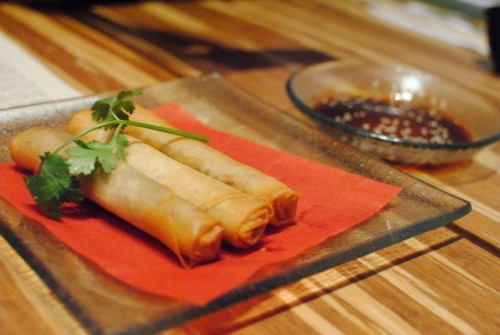 We started with these vegetarian imperial rolls. These were okay, nothing special. 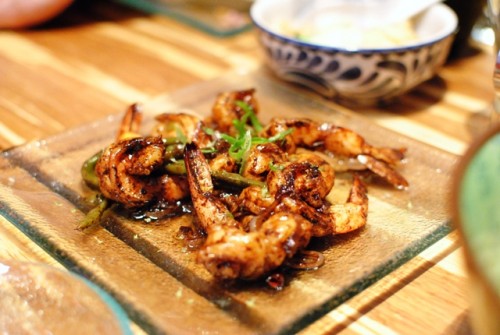 The shrimp here were cooked well, with a  nice depth of flavor from the garlic. The poblano was a tasty accompaniment as well. 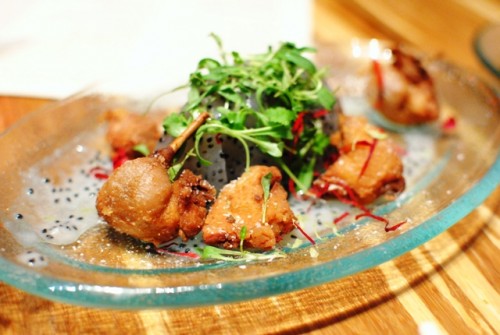 This was one of the strongest dishes of the evening. The skin of the quail was quite crispy, while the meat was juicy and flavorful. The dragon fruit added a refreshing sweetness, which went really well with the quail. 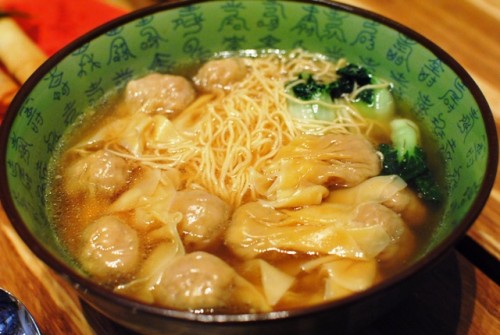 Next was our $16 wonton noodle soup. I thought the filling of the wonton was soft like it was pureed to a very smooth texture – I would’ve preferred to still have a little bit of density. However, the flavors were there and the noodles were pretty good. The light chicken broth was the perfect soup. 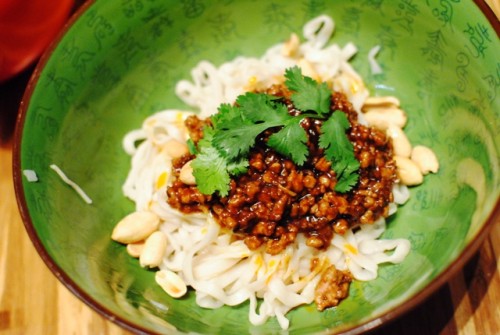 I haven’t had a dan dan noodle dish since Lukshon’s highly controversial one. I found the noodles to be fairly mushy, and the flavors of the sauce to be muddled. I didn’t get a lot of pork flavor, nor was there any spice really. Odd.

We also ordered up a few orders of tacos at $9 a pair. 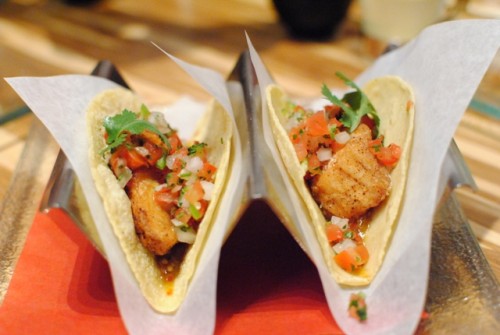 The fish of the day was mahi mahi. The fish was fried perfectly – delicately crispy with light, moist flesh. There was a little bit of heat here too, which I thought was a nice touch. 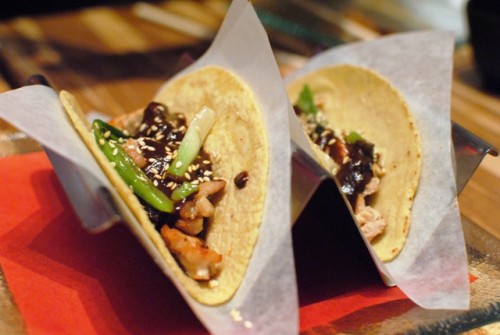 Next was this chicken taco. The mole was pretty good, though the chicken wasn’t too moist…I wouldn’t quite call it dry though. 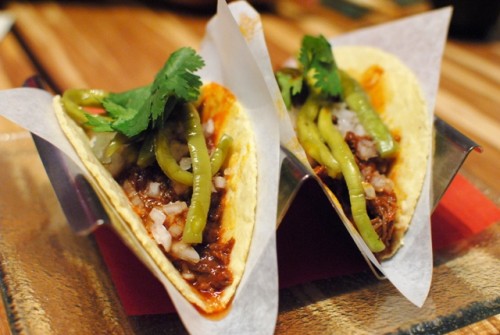 The barbacoa taco (shredded beef) taco was quite good, though a bit on the oily side.  I thought the onions and poblano added some welcome flavor, though. 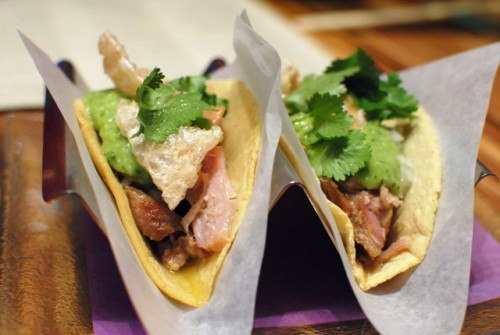 This was easily my favorite taco, and one of the best I’ve had in the recent past.  Tender, moist pork was topped with crunchy chicharrones and a salsa verde. Everything here was executed well – extra flavor and crunch from the chicharrones, as well as from the salsa verde made for some delicious bites.

There were misses, but in all, I was pleasantly surprised with the food. I don’t consider myself anywhere near an authority for Chinese or Mexican food. Anyone who is looking for really authentic Asian or Mexican – look off the strip. The food here was tasty, and for the most part, had the Chinese and Mexican flavors I was looking for. It was on the expensive side, but I understand there is a premium for being on the strip, as well as for having Jose Andres’ name on it…even if this isn’t the type of food people typically associate him with.