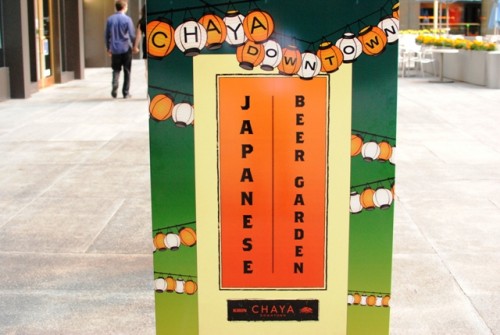 Given that I work downtown, I’m no stranger to this place. Chaya Downtown is one of my favorite happy hours in the area, largely for its well-priced food and the outdoor patio. In the summer, they have a ‘Japanese Beer Garden’ theme, featuring yakitori grilled on the patio, as well as a number of other Japanese-inspired dishes. I hadn’t yet had a chance to try it out; so when I was invited to come give it a spin, I couldn’t resist. 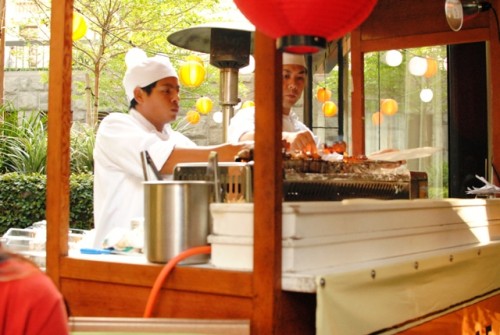 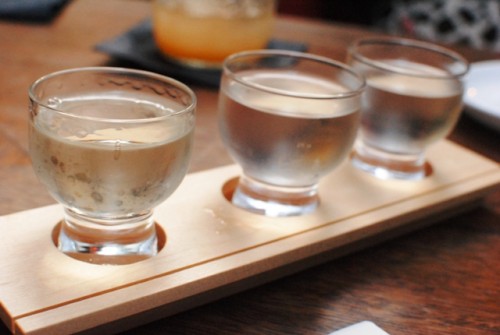 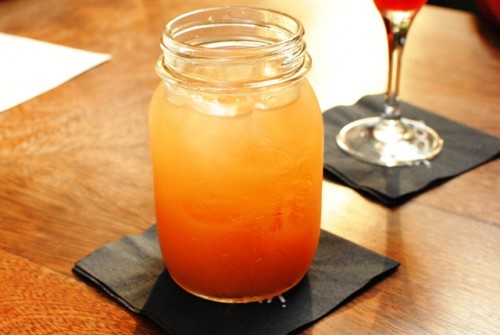 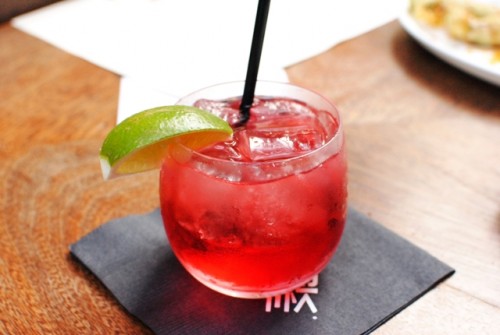 We started with a couple of drinks. The sangria was pretty refreshing, especially on the outdoor patio. The fruit was evident, as well as a little bit of acid from the citrus. I don’t know my sakes well at all, but I found all three of these to be very drinkable. 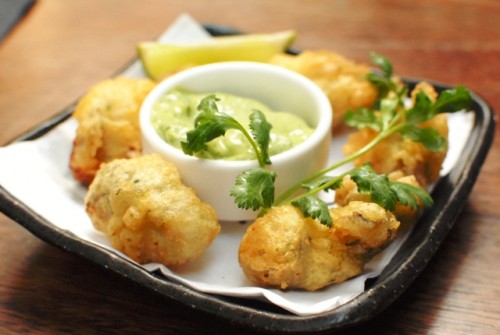 This was the first dish to come out – the oysters were juicy and plump, while the batter was perfectly light. Really nice. 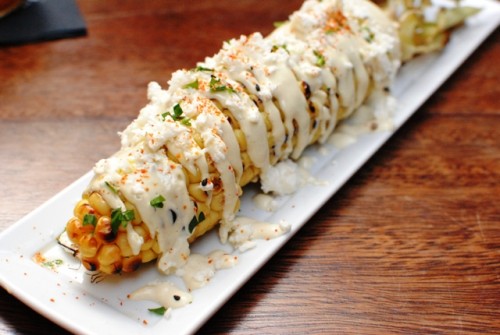 Not really something I expected to find at this beer garden, nonetheless it was a tasty ear of corn with a tangy mayo-like sauce. 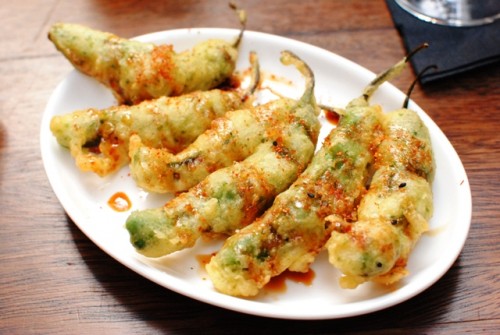 The peppers were pretty mild (thank goodness!), fried in a light tempura batter. I thought it was a pretty fun vessel for the tuna, while the pepper added an interesting sweet/spicy to the dish. 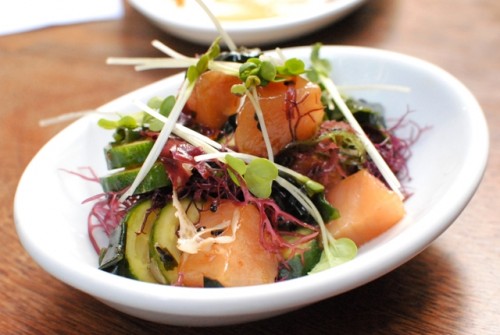 The albacore was pretty tender, while the slight acidity (ponzu?) of the sauce really helped. Nothing really special, but done well. 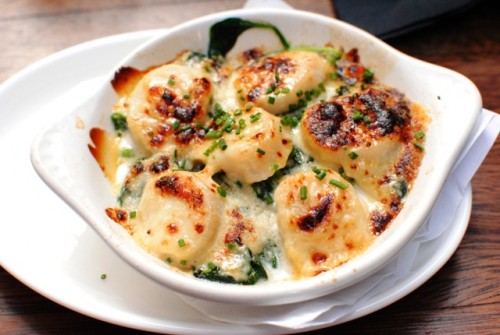 Even though this dish seemed to continue to cook at the table, the scallops were cooked pretty well. The miso provided a rich and creamy sauce – I would’ve liked just a little bit more acidity or citrus to cut through the richness though. 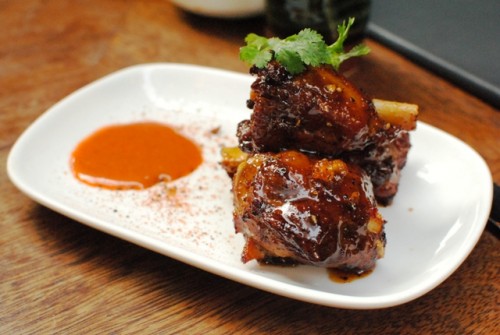 The pork had a nice, sweet glaze on the outside, but I found them to be rather lukewarm on the inside. Unfortunate. My guess is that the restaurant didn’t fully reheat what they had prepared ahead of time, ruining an otherwise tasty dish. 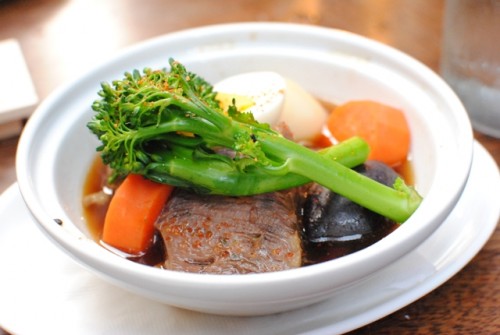 The short rib was really tender. Even as short ribs go, it was surprisingly tender. The flavorful broth was a nice accompaniment 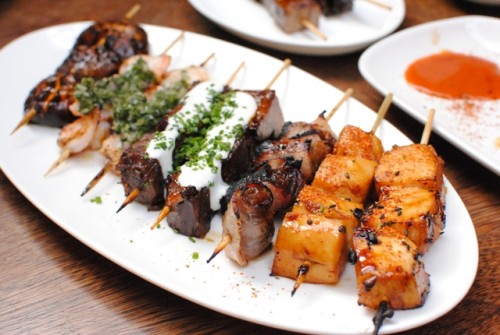 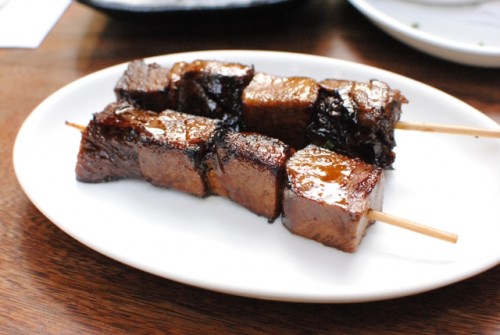 All of these were solid variations. I’d be lying if I said this was akin to some of my favorite yakitori spots in the city, but they were pretty good, especially for the price and in Downtown. My favorite was probably the beef tongue – tender, meaty, tasty.

I was pretty happy with this meal. Over the many visits I’ve had, I’ve found the  happy hour service and food to be pretty consistent. One thing to note is that many of the ‘normal’ happy hour items are also really good, including the oysters (seasonal special, $1 a piece) and the fish & chips. The fish & chips is one of the best I’ve had in LA. Seriously.