This year, they’ve decided to combine forces for The Taste, covering 4 days and both Beverly Hills and Hollywood (and one downtown event). 9 all-you-can-eat, all-you-can-drink events (of various themes) make up the weekend festival, with ticket prices varying from $125-$150 each. However, significant discounts of 40% were available in the last couple of weeks leading up to the event. Luckily, I was able to get a media pass granting access to all of the events. 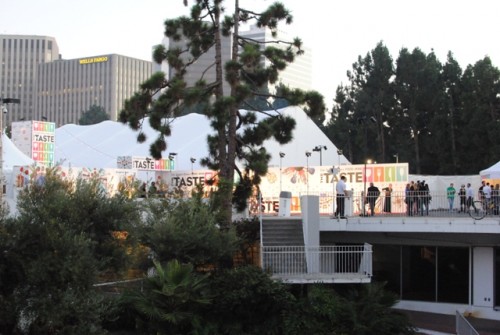 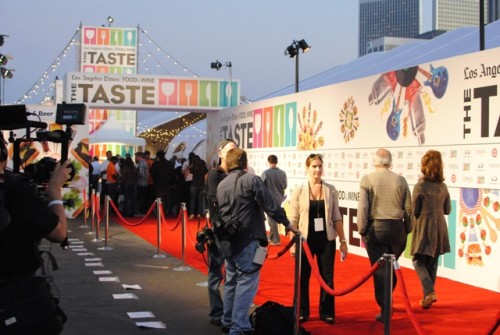 The first event was in Beverly Hills called “Burgers & Beers.” I liked the setup of the venue – two large tents housed the food and booze, while tables were available outside to chill. I’ve found that many of the food festivals I’ve been to have very limited room to sit, and I liked the fact that there were dozens of tables available for anyone to sit and relax with their food and drink. 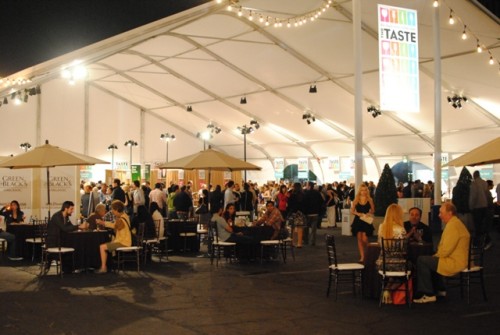 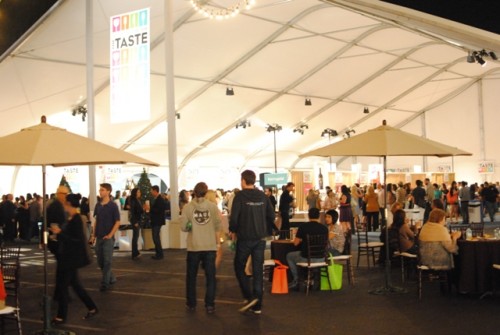 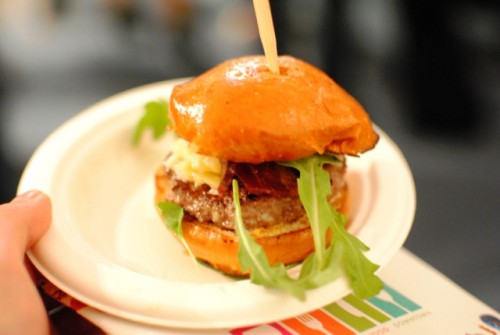 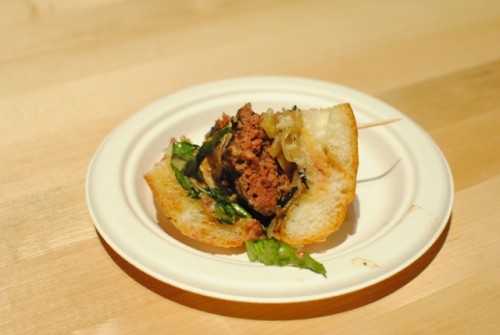 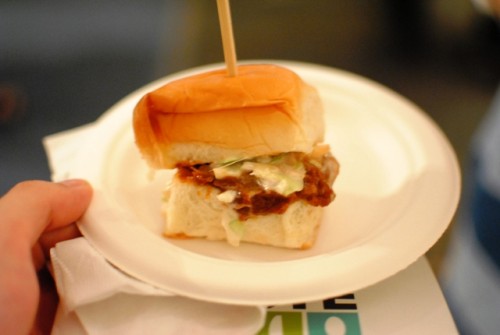 Delphine burger on a stick 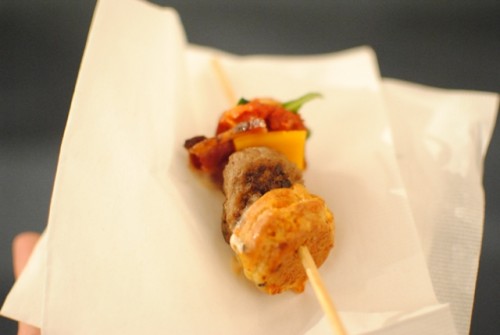 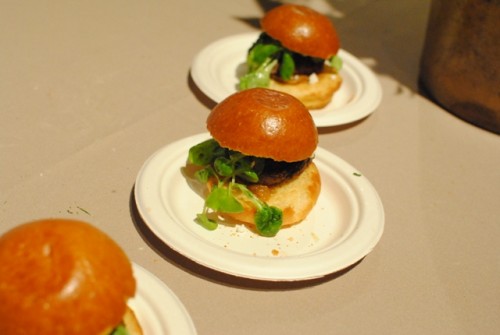 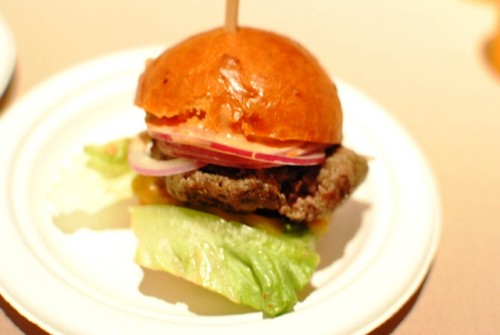 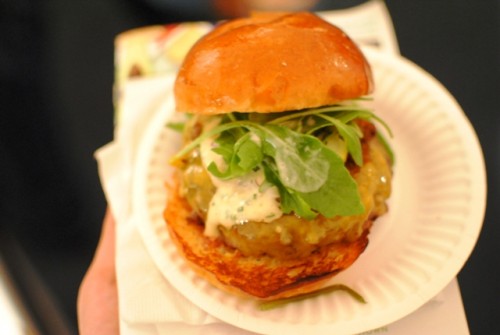 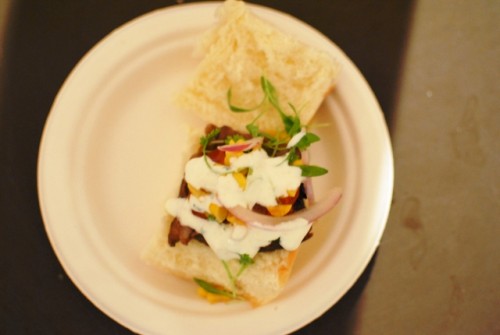 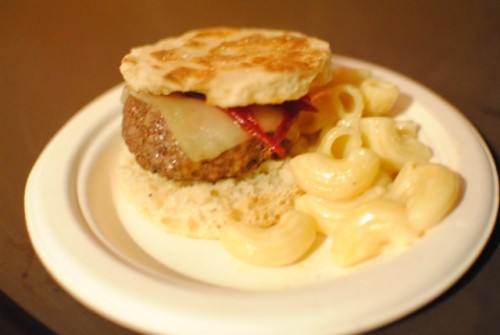 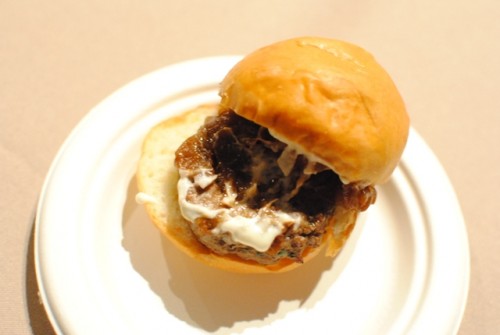 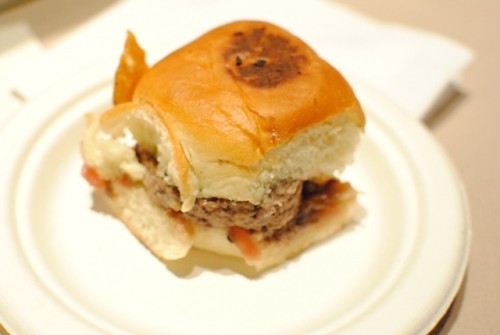 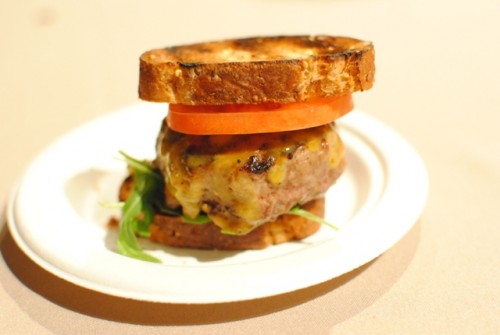 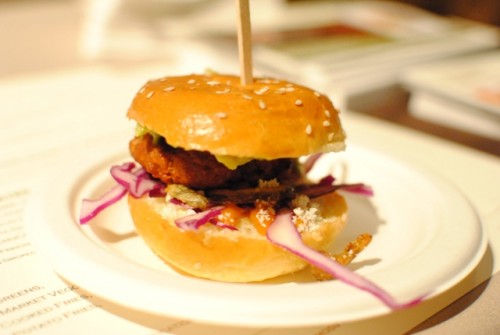 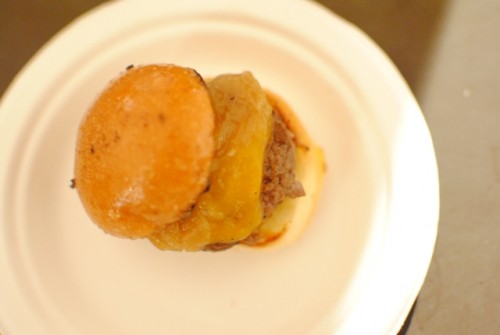 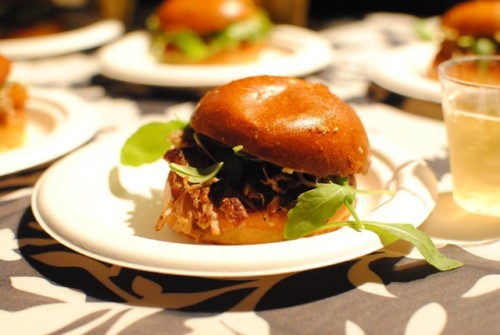 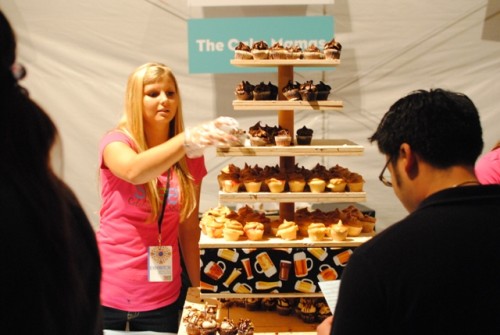 A host of beers and vineyards were represented as well. Some of my favorite local breweries were featured, including Craftsman, Stone and Eagle Rock. From halfway around the world, I was pleased to find Ferran Adria’s Estrella Damm Inedit. 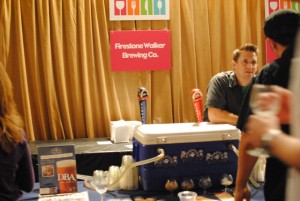 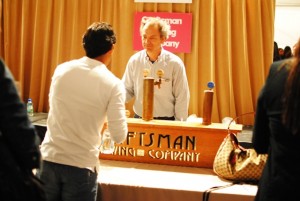 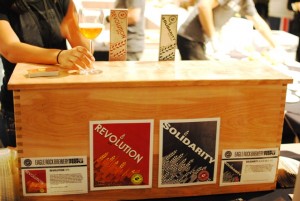 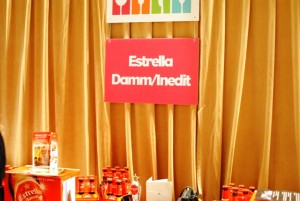 There were a bunch of other burgers I didn’t get to try (some willing and some unwilling) but my stomach could only hold so much. Sounded like I definitely missed out on Osteria La Buca and The Tasting Kitchen. My favorite singular item of the night was the Wilshire’s roasted pork sandwich. The bun was soft and buttery while the pork was tender, moist and full of flavor. The apple added a nice sweetness to balance the peppery arugula. However, I wouldn’t really call it a burger, per se. While Rustic Canyon won the ‘Best Burger’ vote, my favorite of the evening was The Misfit’s. The patty ate like a steak, with its 1+ inch medium-rare grass-fed beef exuding a wonderful juicy, beefy flavor. The crostini “buns” weren’t the easiest to bite through (meat and juices would come out the other side), but I liked the change of pace.

I thought this was a fun and tasty event. For an event that is sort of in its first year (yet, sort of second), I thought it was pretty well-run. Parking and entry were both quick. The tents got a little crowded midway through the evening, but all of the lines were pretty short with the exception of The Tasting Kitchen.

Was the event worth $125? I would say probably not…unless you really, really love burgers. For $40, I could go to Father’s Office and have an excellent burger and a few pints of really good beer. However, that’s not entirely comparable – the venue here was a pretty nice one, and the variety of burgers and alcohol easily justify a higher price point. At $75 (the promotional price in the last week of ticket sales), I think this event presented a good value. I look forward to seeing what else The Taste has to offer in the coming days.

Other posts from The Taste 2011:
Secrets from the Kitchen & Cellar | Street Eats | Picnic in the Hills