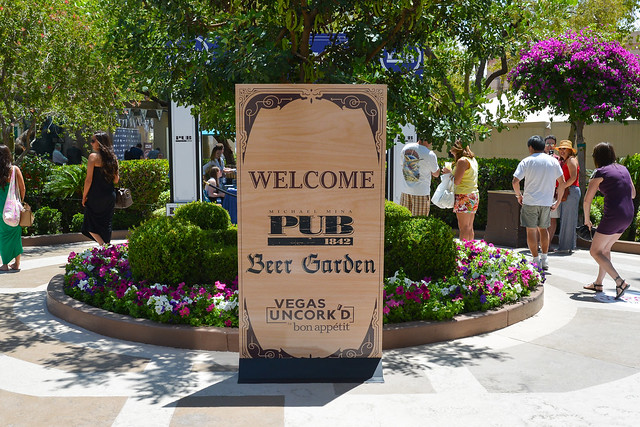 There was a lot of variety across the 31 events during this year’s Vegas Uncork’d. Of course there are the tasting events, cooking demos and exclusive sit-down meals, but this year stretched to cocktail demos, a golf event and even a night clubbing at Hakkasan. Somewhere in that spectrum was this event at the MGM Grand’s pool area, hosted by chef Michael Mina. Dubbed a pig roast and beer garden, it featured a whole roasted pig and BBQ favorites with a handful of side dishes prepared by Mina’s own Pub 1842. Heineken, Newcastle, Dos Equis, and Goose Island brought the beer while Don Julio, Grey Goose and Doña Paula winery completed the drink offerings. $125 purchased a ticket to the all-you-can-eat/drink event. 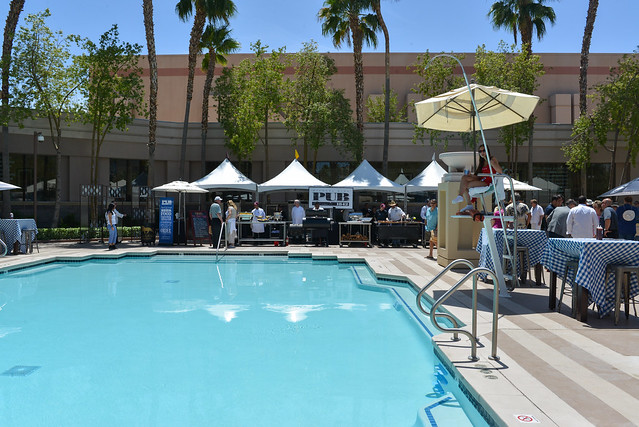 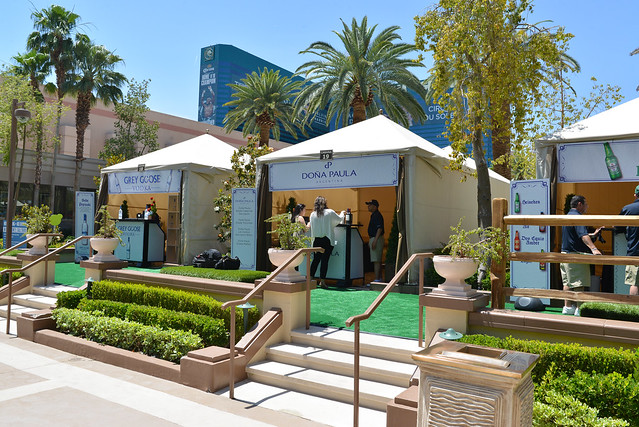 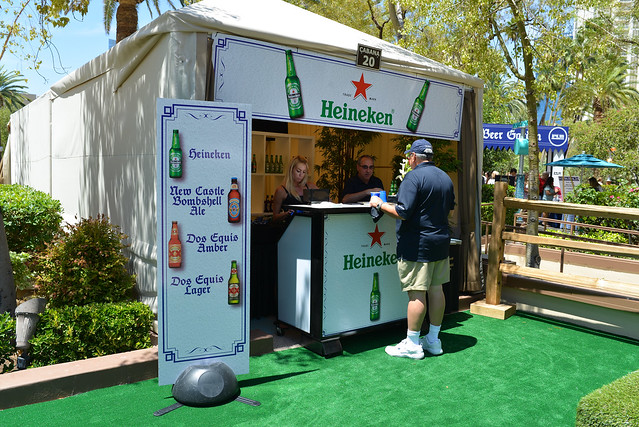 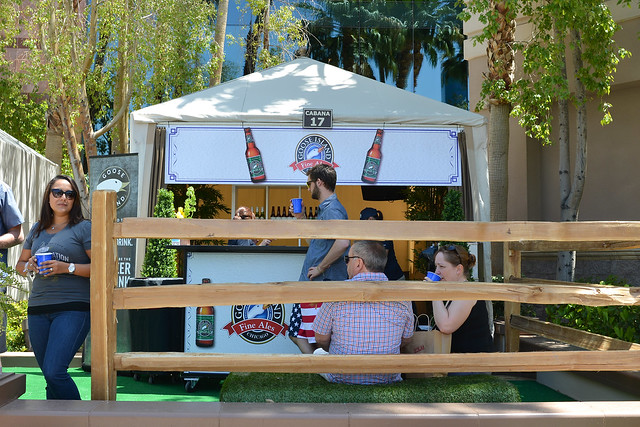 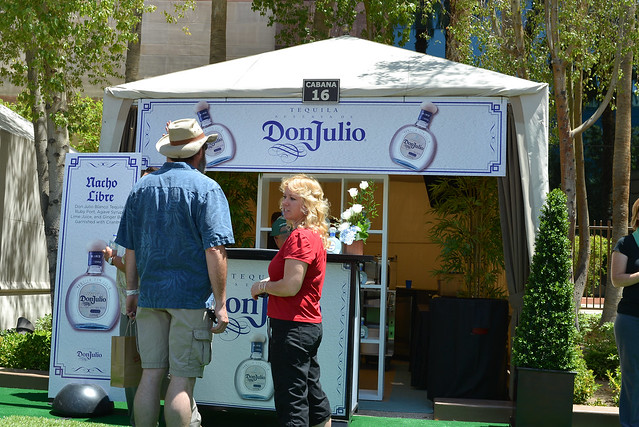 The menu showcased a nice variety of barbecued/grilled meats and traditional sides. 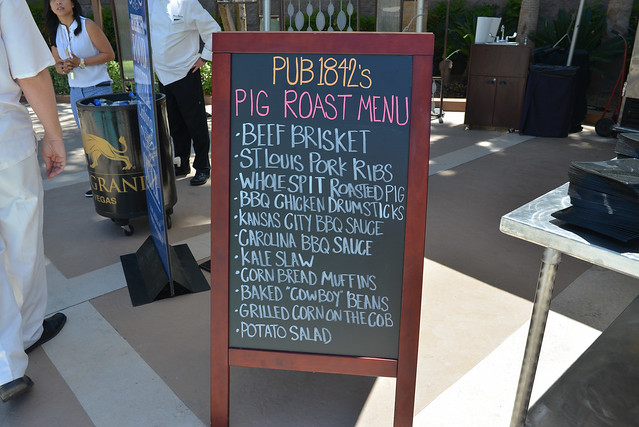 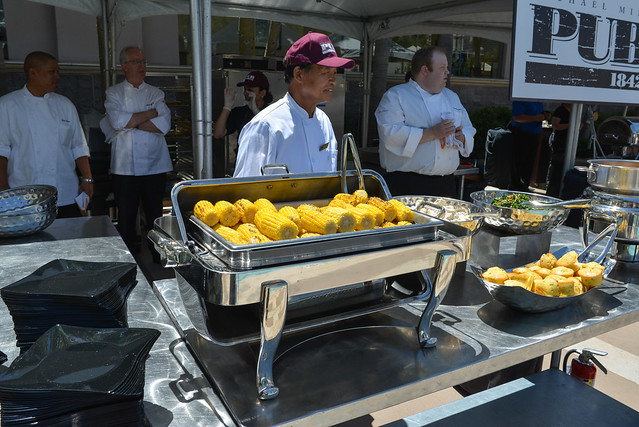 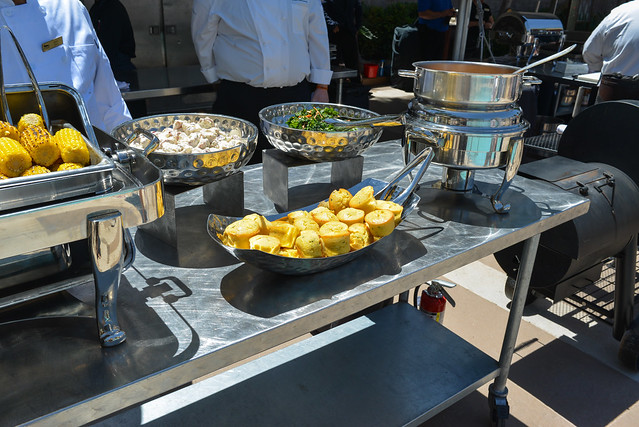 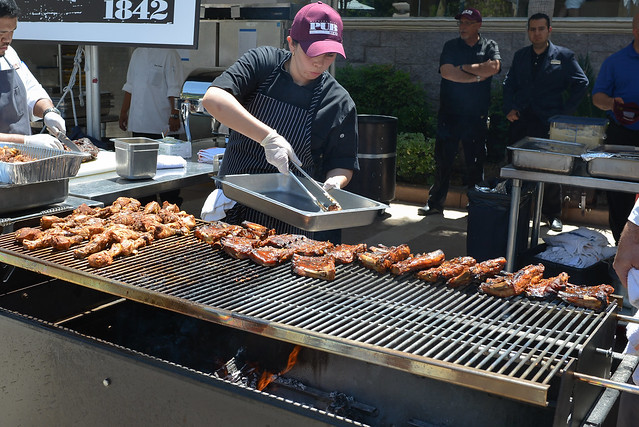 The highlight had to be the 85lb whole roast pig, which Michael Mina was also quite proud of. 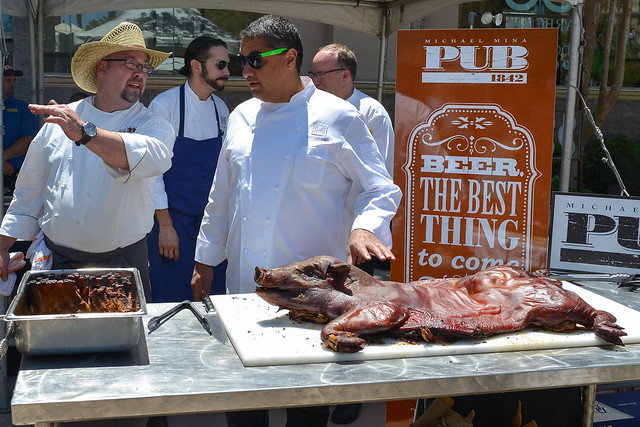 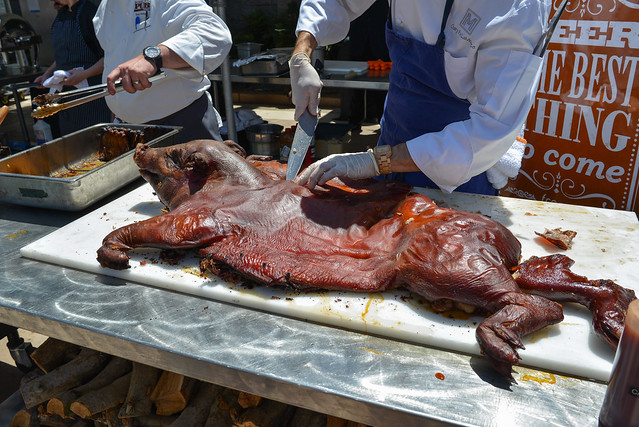 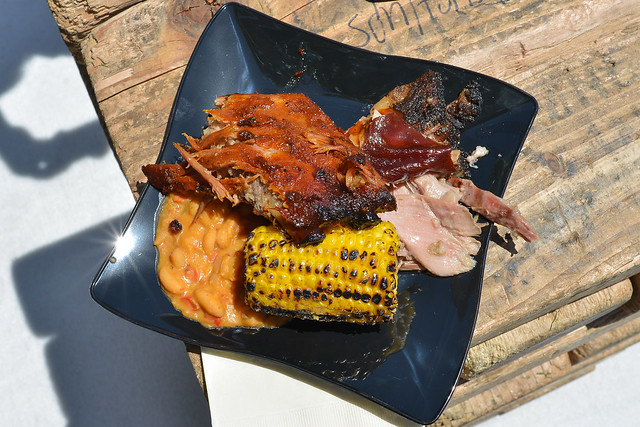 For dessert, a trio of milkshakes were offered: salted caramel, vanilla and chocolate malt. 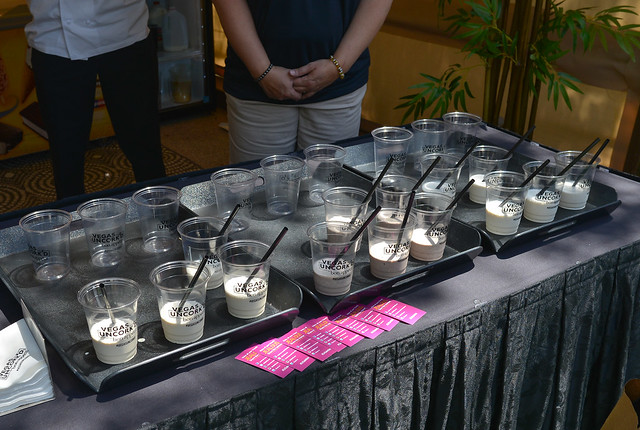 The pig roast and beer garden was a fun event. Food was solid, highlighted by the roast pig though the brisket and pork ribs were good too. This was definitely one of the more laid-back events of the weekend where one wasn’t running from booth to booth trying to eat as much as possible. Drinks-wise, there weren’t nearly as many beer options as I expected for something called a beer garden; I really wanted to see more craft brews too. Having said that, I was happy having the Goose Island IPA as a standby.

Note: 1 of 2 tickets in our party were hosted.