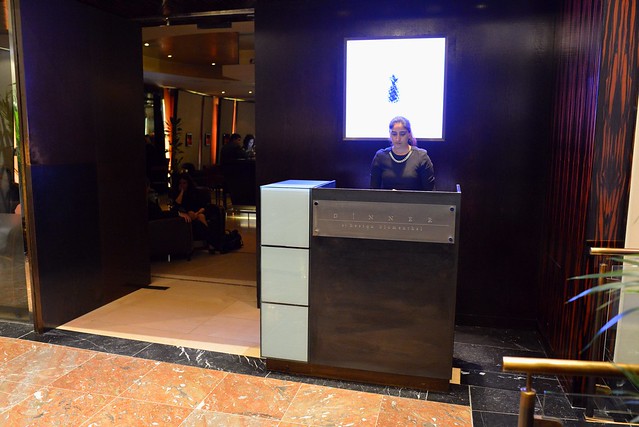 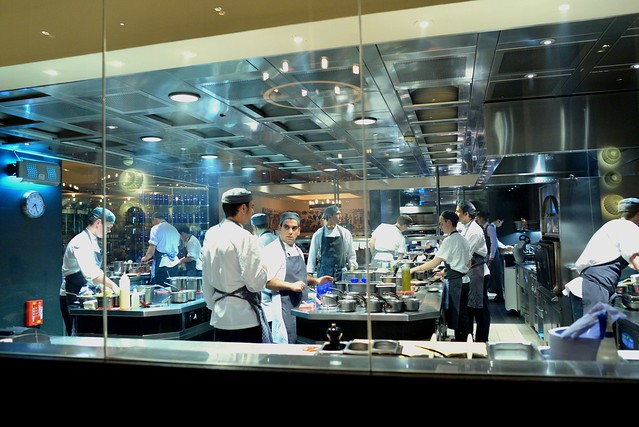 The restaurant, located at the Mandarin Oriental, was much larger than expected with a huge beautiful kitchen on full display. The menu in the dining room is a la carte; we selected two starters, two mains and one dessert. 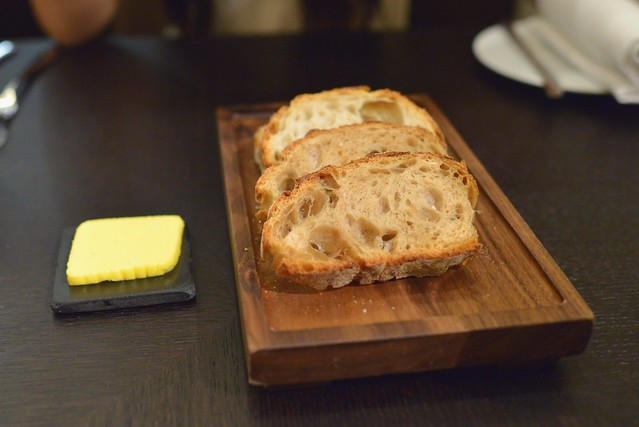 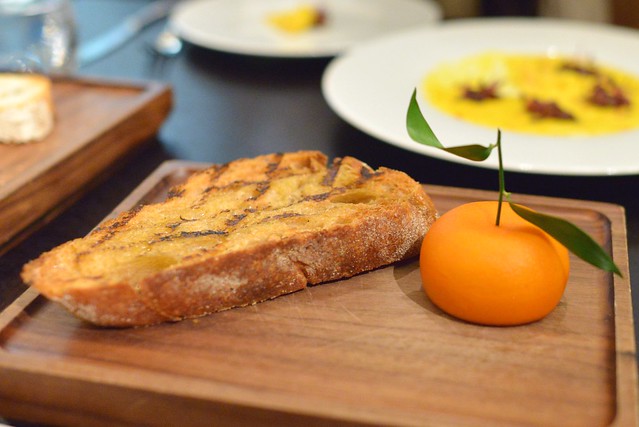 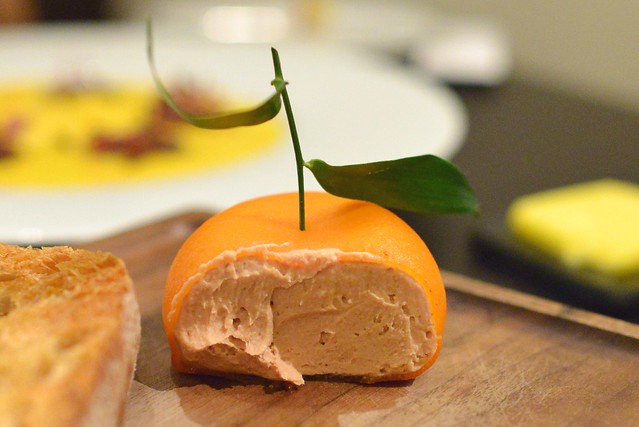 An instant classic since the restaurant’s beginning. The ‘meat fruit’ was playful and fun, a spot on imitation of a mandarin orange. Instead the flesh was a foie gras and chicken liver mousse with a mandarin orange gel “skin.” It tasted as good as it looked with the bright citrus flavor complementing the rich minerality of the livers. 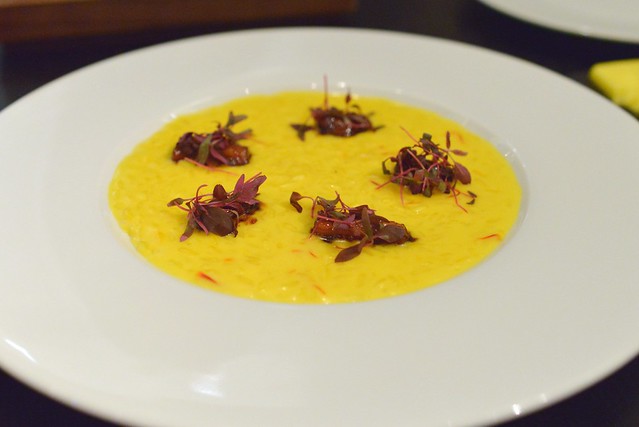 The second starter was this risotto. Rich saffron flavors enveloped the chewy rice while chunks of oxtail and pockets of red wine sauce provided a ton of deep flavors. 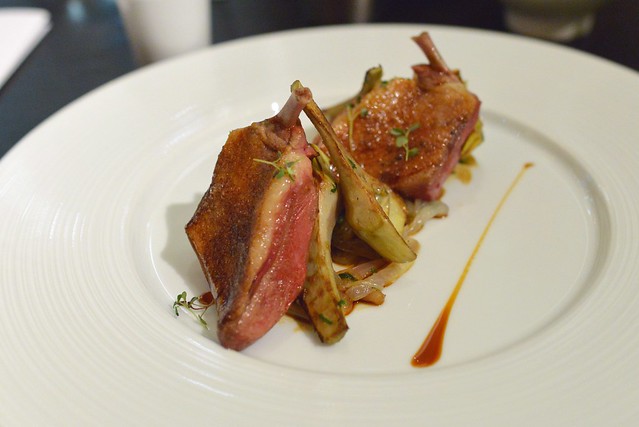 Moving into the mains, our pigeon/squab was excellent. Cooked sous vide, it was tender and flavorful; the ale sauce was utterly savory and complemented the pigeon beautifully. 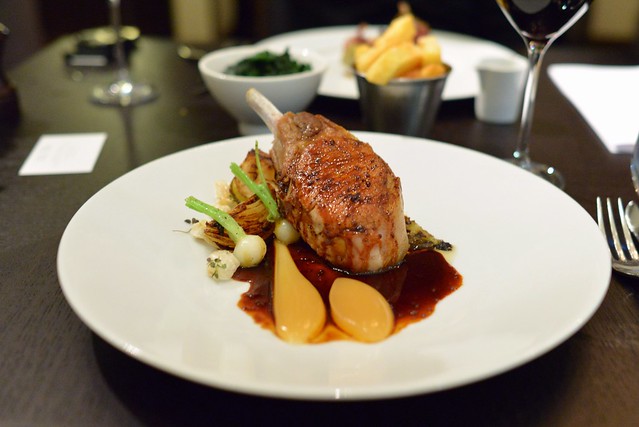 The Iberico pork chop was cooked to a nice medium temperature, bitter smoky cabbage went well with it. The apple jelly was very sweet though, overwhelmingly so in moderate amounts. 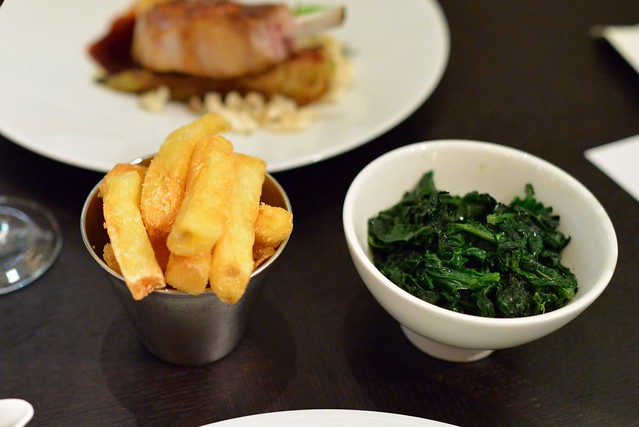 Triple fried chips were great, with a lot of crunch and still a bit of fluffy interior. Even better when dipped into the pigeon’s ale sauce. The kale was full of butter and a good way to get some vegetables into this traveler’s diet. 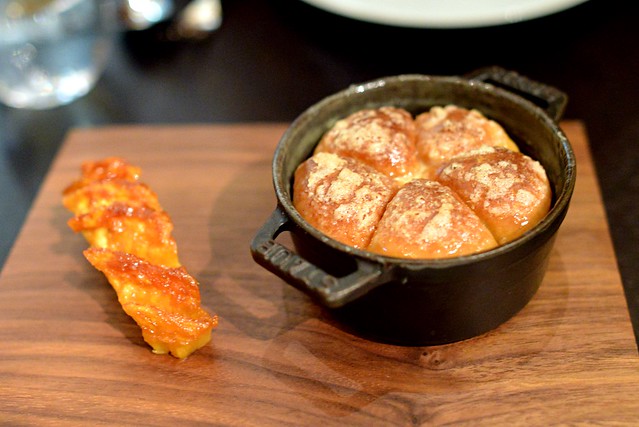 The tipsy cake, reminiscent of an upside down pineapple cake, was centered on a warm airy brioche baked to order. At the bottom was a sugary glaze. Spit roast pineapple (2-4 hours on the spit) added additional layers of sweetness and flavor, especially with its apple caramel baste.

A simple milk chocolate ganache brought a sweet end to the meal. 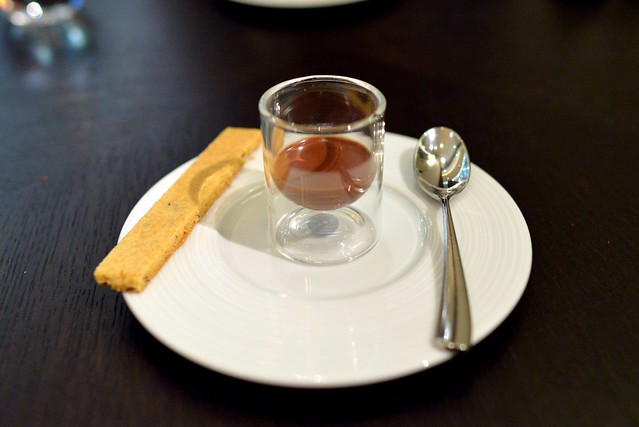 Dinner met high expectations – the food had plenty of playful and fun aspects, but most importantly it was delicious and really well-executed. The meat fruit and pigeon were overall highlights but nothing disappointed. Service was excellent to boot. I don’t come to London very often so I can’t say for sure if I’ll be back, but I definitely would return if I were a regular London visitor. Highly recommended for anyone’s first time though.