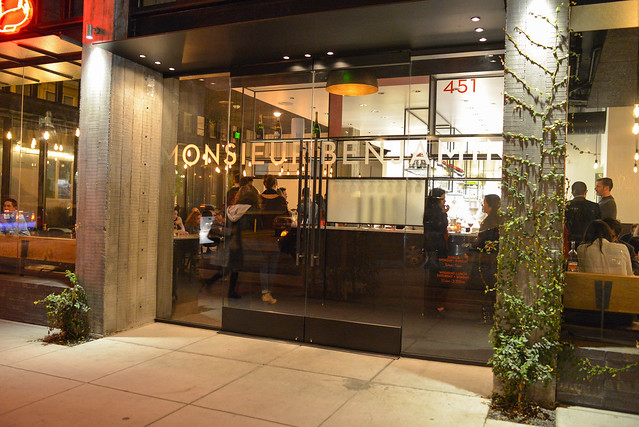 Corey Lee, best known for being ex-chef de cuisine of The French Laundry and for three-star Benu, opened Monsieur Benjamin over the summer. It’s a departure from his fine dining experience towards something more casual – a somewhat modernized French bistro. Given Lee’s pedigree, I was eager to give the place a try during Thanksgiving weekend. 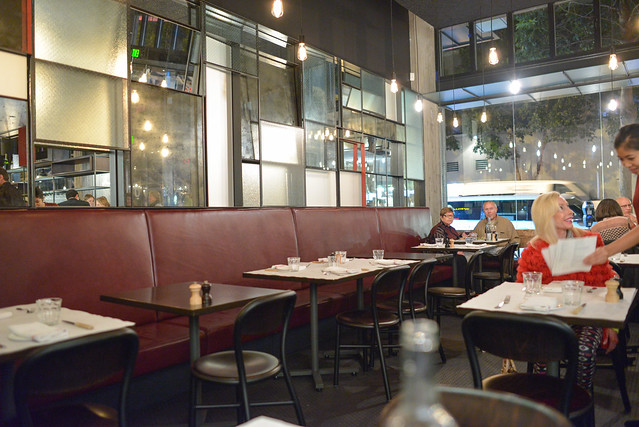 The menu is extensive with a raw bar, a couple dozen small plates/appetizers and another dozen large plates/mains. My parents and I each ordered a small plate and ambitiously shared four mains. 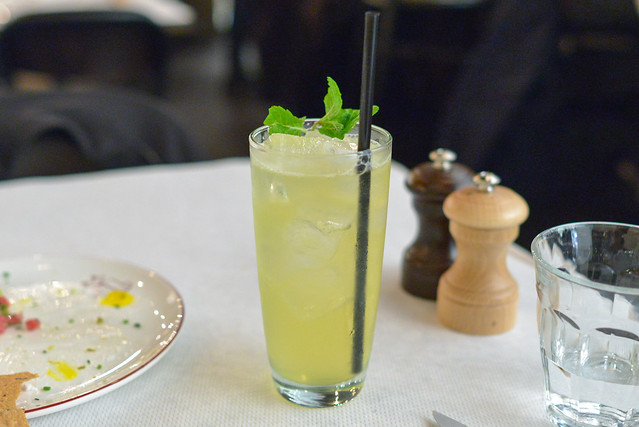 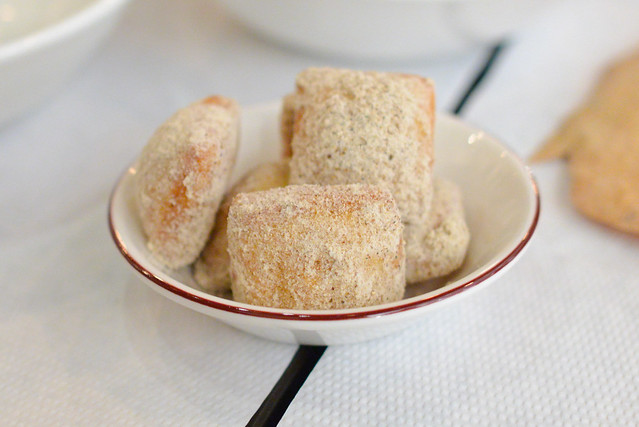 Served warm with a slightly crispy exterior, these fried balls of dough had a savory punch from the cheese. Nice to start with. 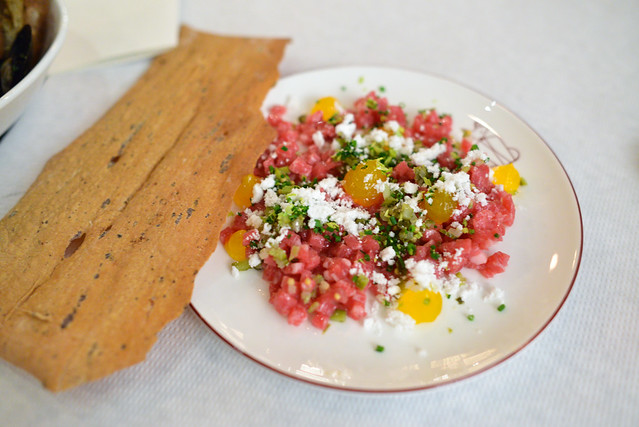 The steak tartare lacked in the beefy flavor that I expected; instead, the tart acid from the pickles was the most prominent flavor. Rich dollops of egg yolk added a creaminess but was a bit too rich to mix into the steak. 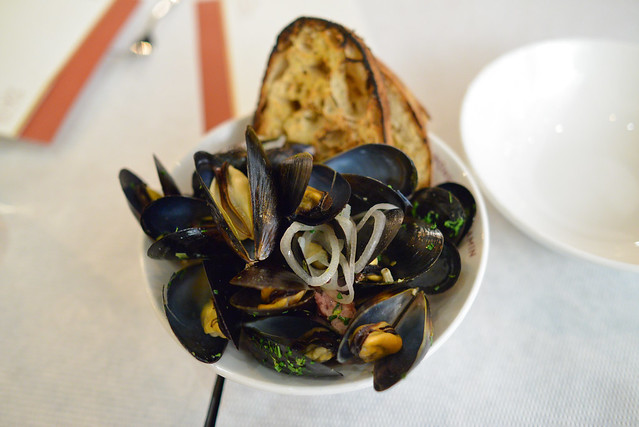 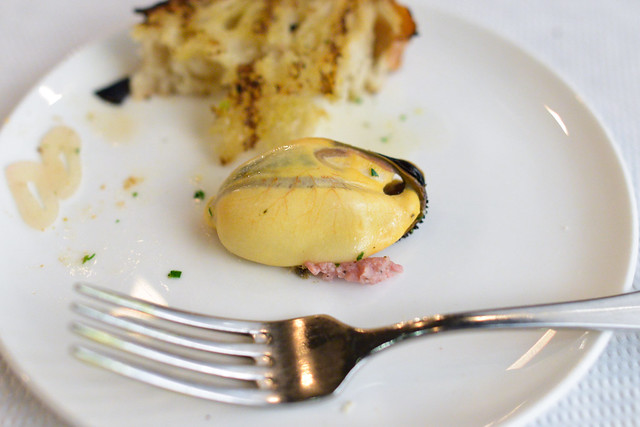 These were some of the largest mussels I’ve had and they were pretty tasty too, with some good sausage and a deep broth. We asked for extra bread to soak it all up. 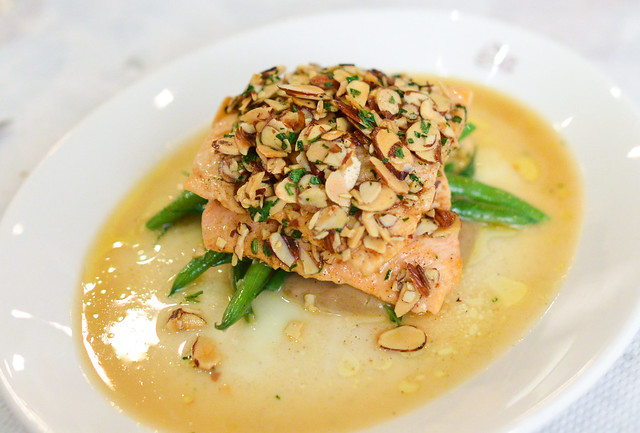 My mom requested this fish to be cooked through and it certainly was. A bit dry for my liking, but it came with a nice almond crust. 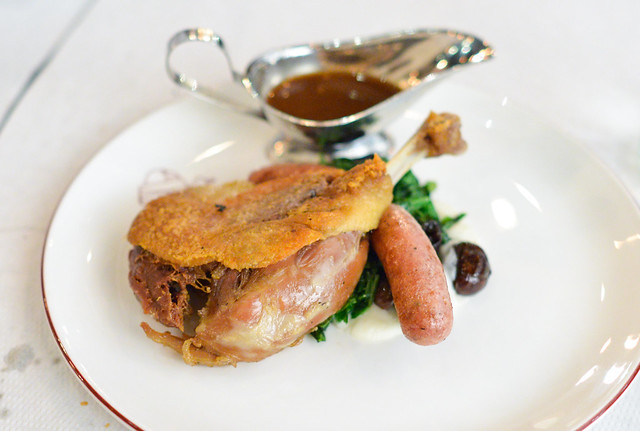 Both the duck confit and sausage were good though not as noteworthy as some of the other dishes. 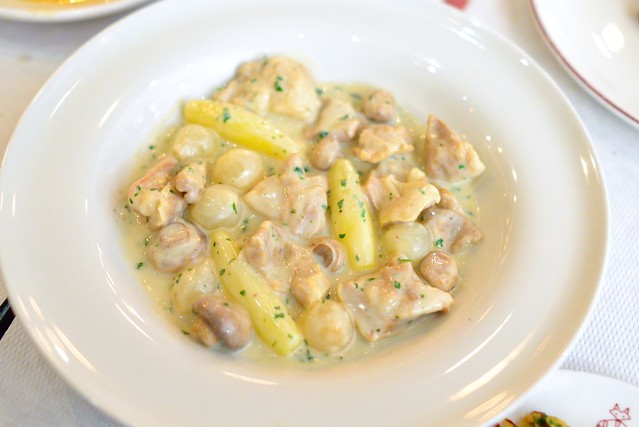 Tender chunks of veal were bathed in a rich sauce with tender root vegetables. A pretty tasty dish, though it didn’t have the same depth as some of the others. Also one of the smaller of the mains, though just as filling to to the heavier sauce. 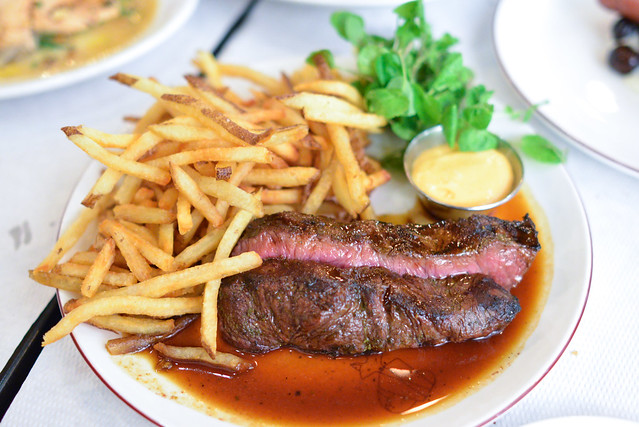 This steak was quite good, cooked perfectly and aided by a delicious sauce. Very savory with plenty of depth. The crispy fries.were excellent and a great way to soak up the extra juices. 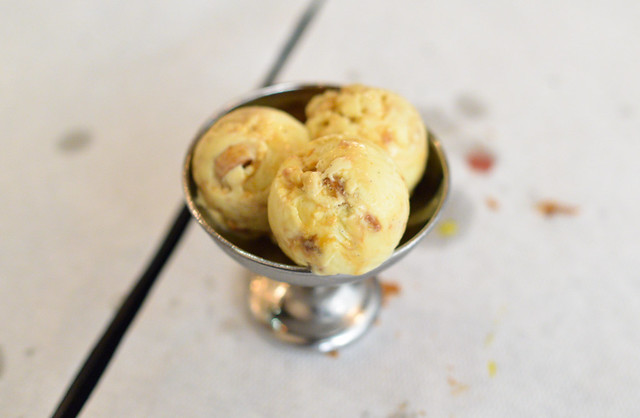 This was pretty delish, buttery and sweet but not overly so. A very nice ice cream.

I thought the food at Monsieur Benjamin was good, though it seemed a bit on the pricey side for how simple the food was. Overall, this was a very satisfying meal though. Highlights were the beignets, mussels, steak frites, and ice cream.