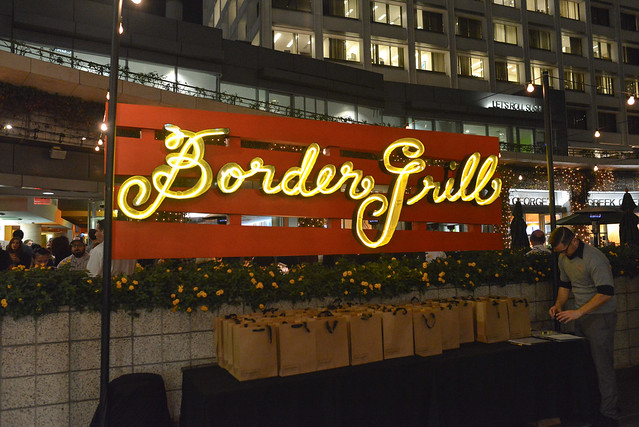 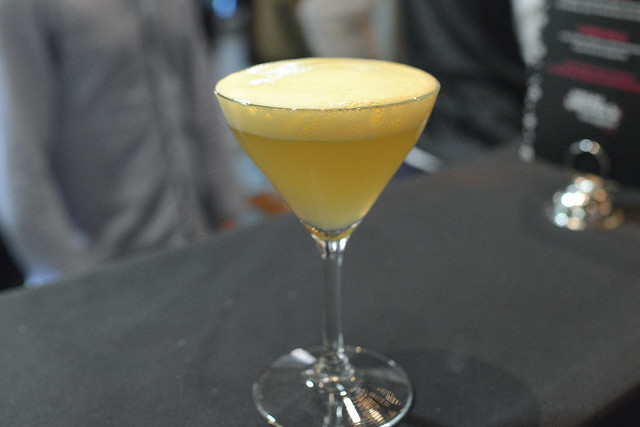 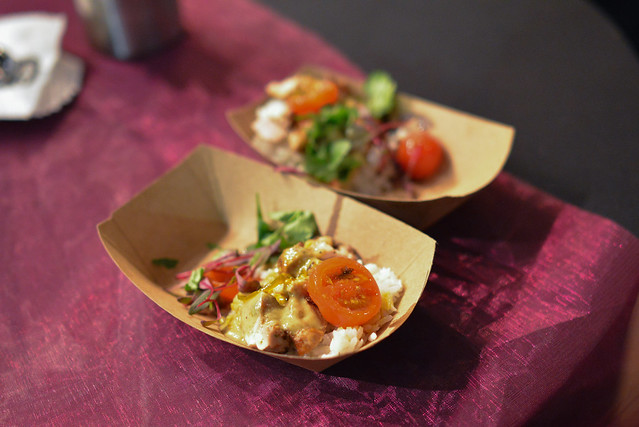 My favorite bites of the night were probably these, BG’s take on an arroz con pollo. The chicken had a nice crust, great texture, with bright flavors. I don’t even think this is on their regular menu..but it should be. 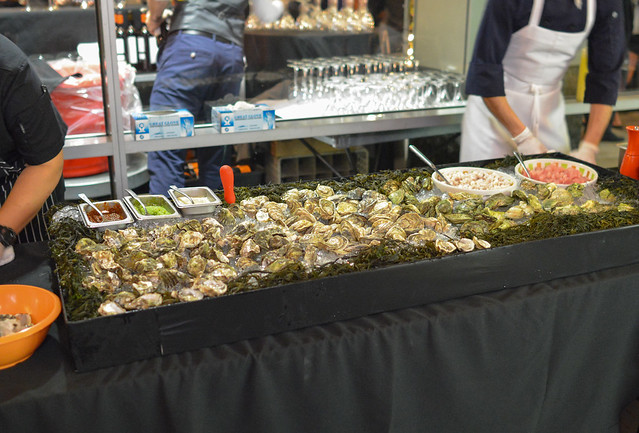 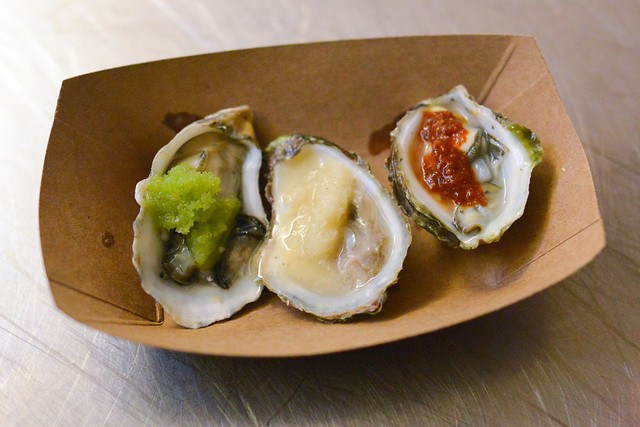 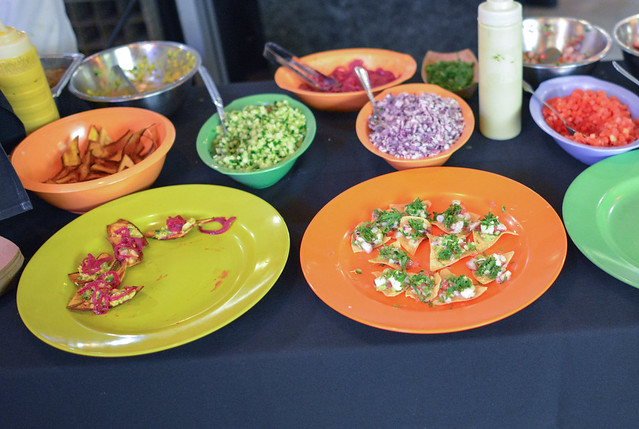 Oysters were being shucked all night with a trio of sauces. A couple of ceviches were on hand as well. 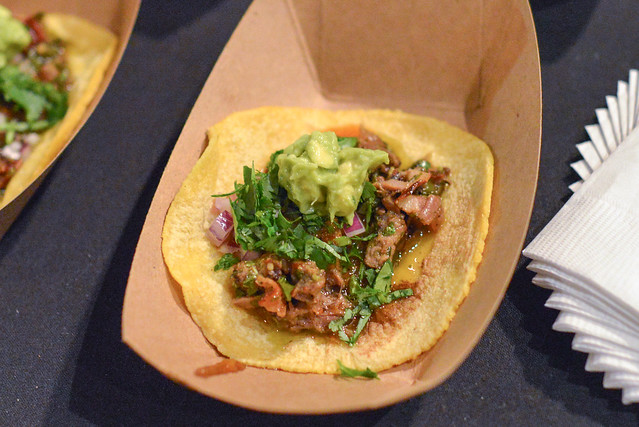 These ribeye & tongue variety were my favorite of the tacos. Rich and beefy with a vibrant chimichurri. 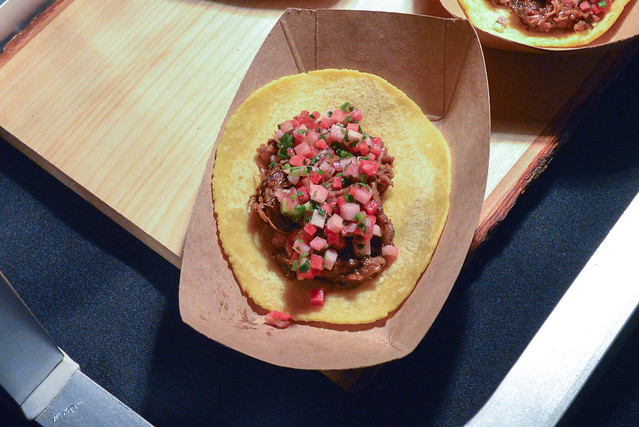 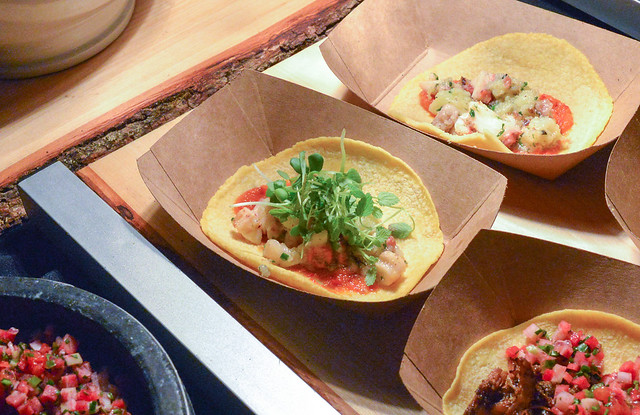 These two tacos were Ellamar’s creations. The lamb taco brought deep savory flavors contrasted by citrus and radish; the octopus taco was certainly lighter but didn’t have the same pop in flavors. 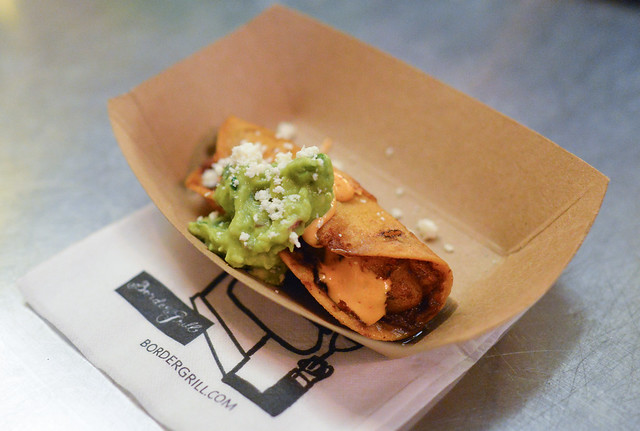 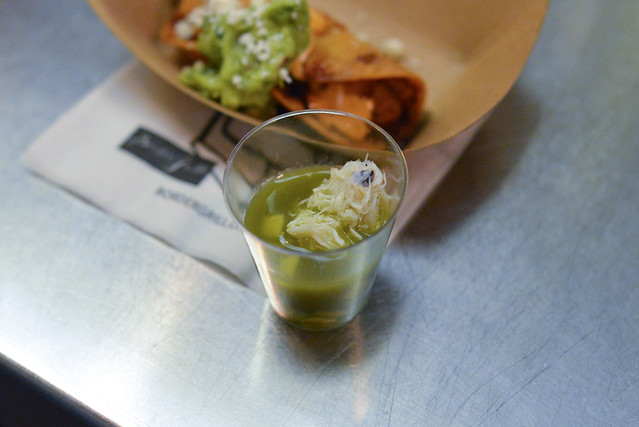 Bright and refreshing, yet quite spicy. 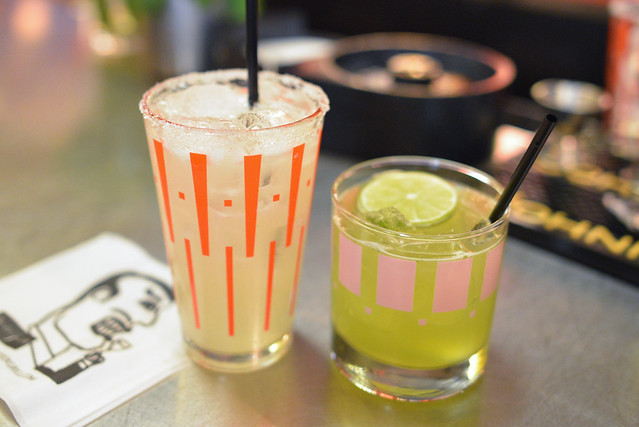 Two Border Grill cocktails finished off the night, including one of their house margaritas.

The Border Grill truck was on hand to serve up mini churro bites. 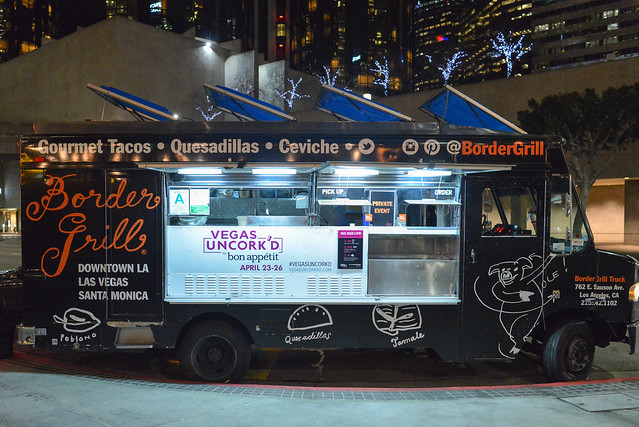 Plenty of good food and booze is a great way to draw some buzz for Uncork’d and celebrate an LA restaurant mainstay. I was happy to be a part of it and I’m stoked for another year of Vegas Uncork’d. 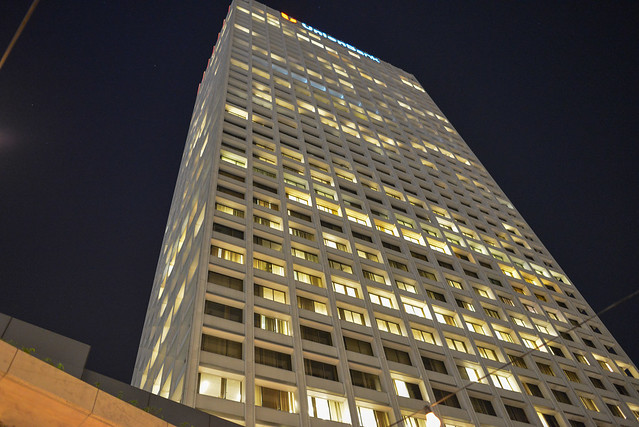