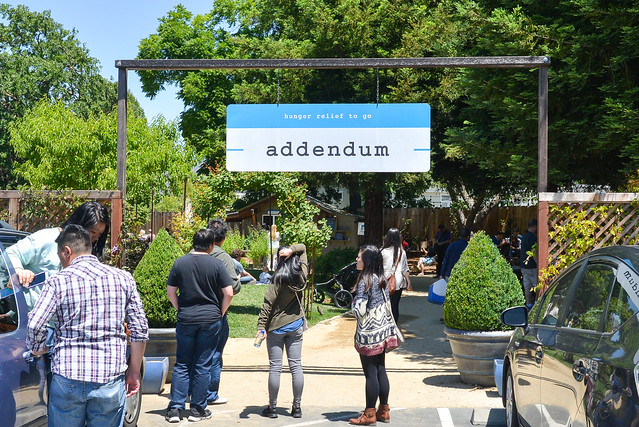 Addendum opened in 2011 behind Ad Hoc serving picnic favorites on Thursdays through Saturdays for lunch (Spring/Summer only). It’s easily the most approachable way to try some of Thomas Keller’s food in Yountville since it doesn’t require making a reservation and is very family-friendly. Food is ordered from a little shack in the back and eaten throughout picnic benches or even on the lush grassy areas.

Ad Hoc’s most famous dish has to be its herb-brined fried chicken served every other Monday night. But here at Addendum, the chicken is always on the lunch menu (along with BBQ pork ribs or pulled pork and a couple of rotating side dishes). 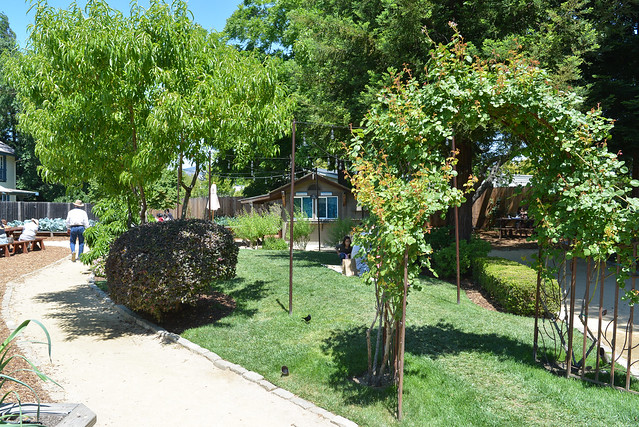 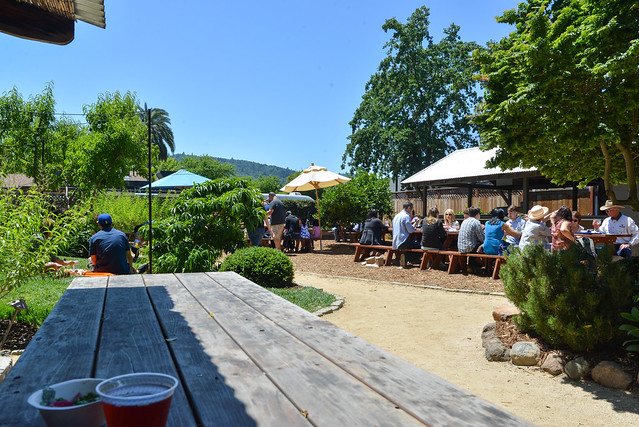 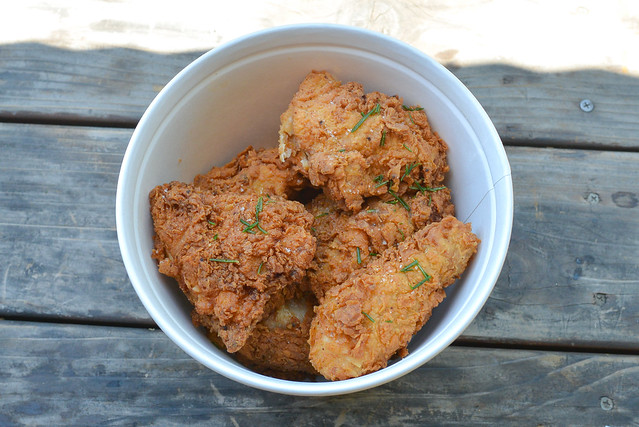 The fried chicken was as I had remembered it. The meat was juicy, flavored throughout with the herb brine, and surrounded by a crunchy salty coating. Both white and dark meat was moist making for some fantastic fried chicken. Great textures and plenty of flavor. 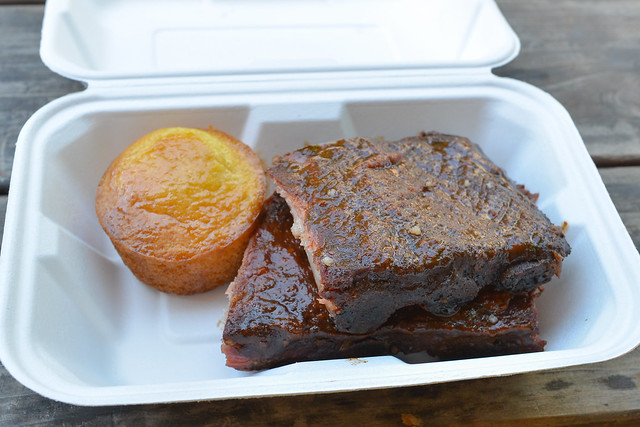 BBQ ribs were tender with a sweet-savory glaze. Smoke flavor was very subtle, but these were not lacking in flavor. 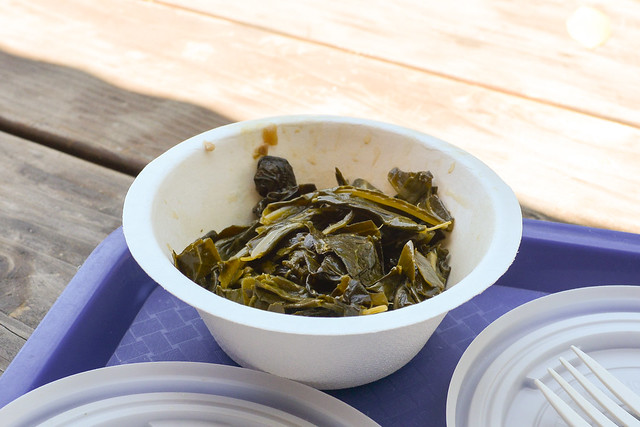 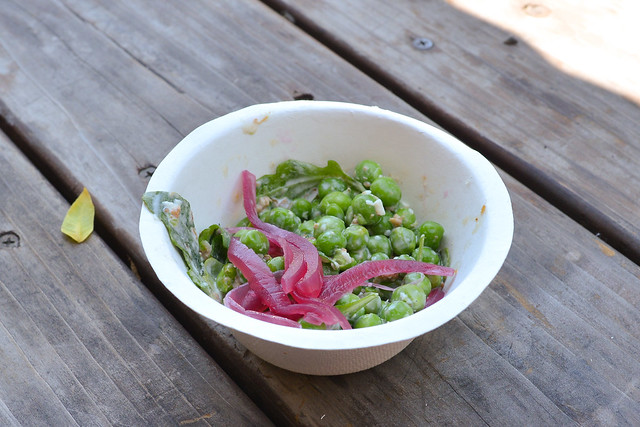 A couple of sides came with our meats, both of them solid to balance the richness of the chicken and ribs.

Addendum’s a great addition to the Keller lineup and provides a very casual and relaxed way to try some of Ad Hoc’s favorites including this fried chicken. A visit is highly recommended but be sure to come early or order online in advance; Addendum can get very crowded and food does sell out.