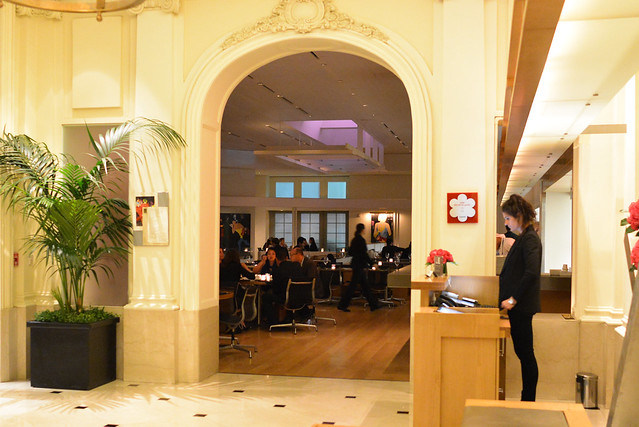 I haven’t been to CUT since 2011 but have generally regarded it as probably the best true steakhouse in the city. I recently put that to the test during a revisit for a birthday dinner. 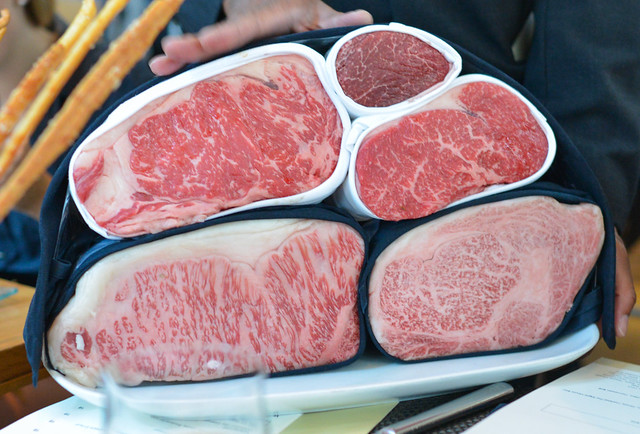 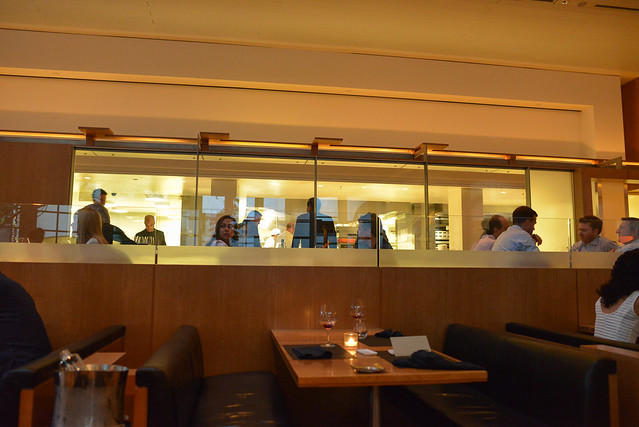 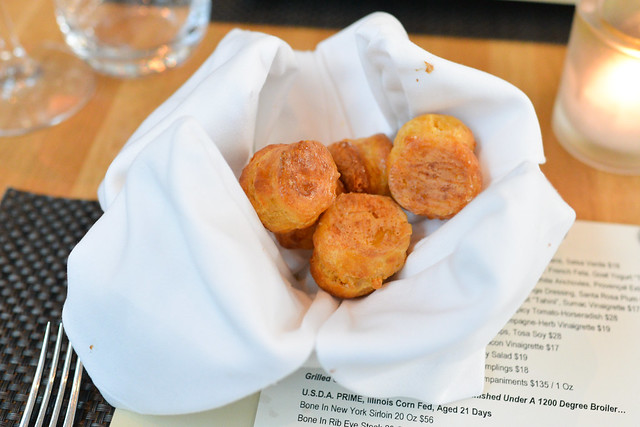 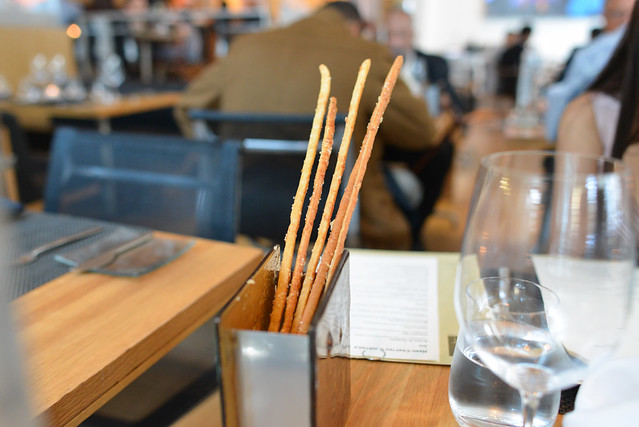 The meal began with warm cheesy gougeres and crispy breadsticks. The restaurant barrel ages negroni and old fashioned cocktails; I had to try one before we got into the steaks. 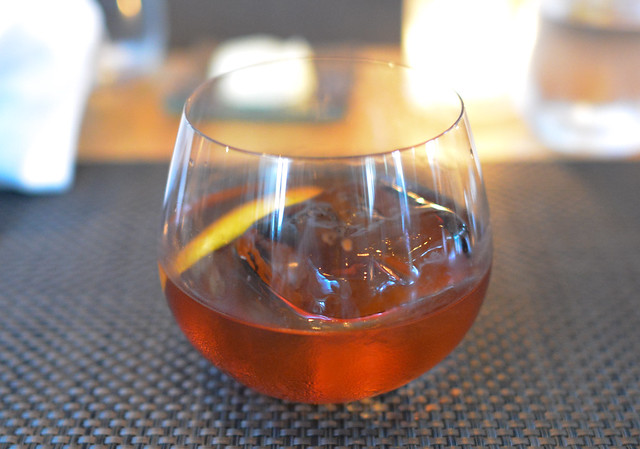 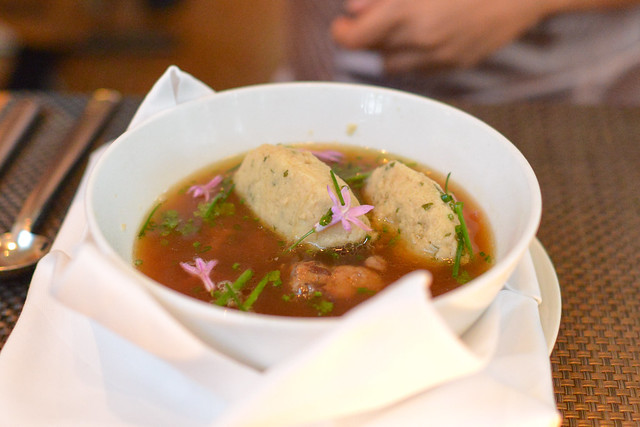 Oxtail soup was delicious. The broth had a ton of depth with plenty of gelatin for a velvety mouthfeel. Tender chunks of the oxtail were paired up with light dumplings to complete the soup. I brought a wine acquired during my Napa Valley trip a couple of months ago to pair with the steak. 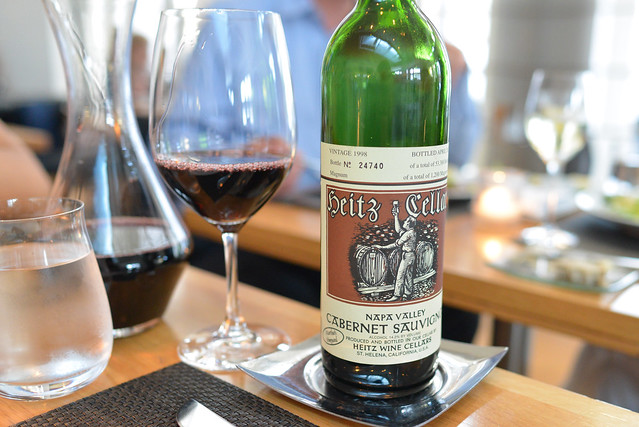 I think I’ve gotten a domestic ribeye each time I’ve been here and went for something different this time – an American wagyu porterhouse for two. Our steak was first presented whole then carved tableside and individually plated. 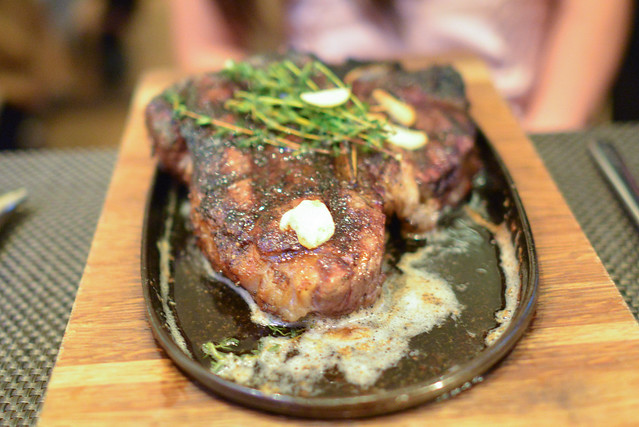 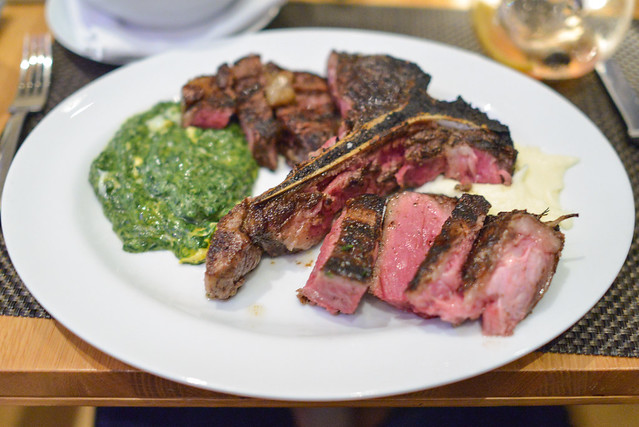 The steak was cooked perfectly with a great salty crust. The strip side was surprisingly tender with good beefy flavor; as expected, the tenderloin was even more tender with more subtle flavor. Overall an excellent steak. 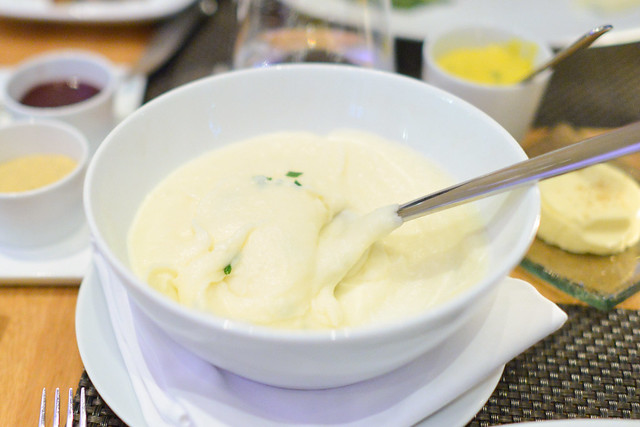 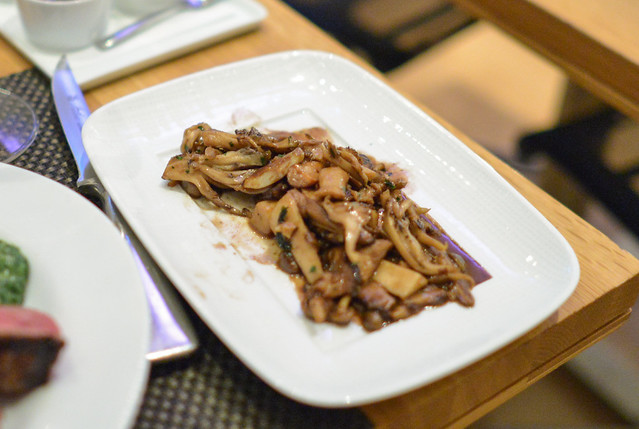 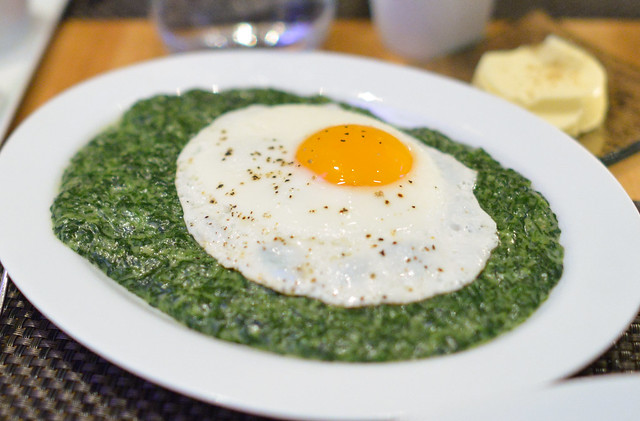 Sides were solid. The best of the trio was probably the creamed spinach with extra richness from a fried egg. 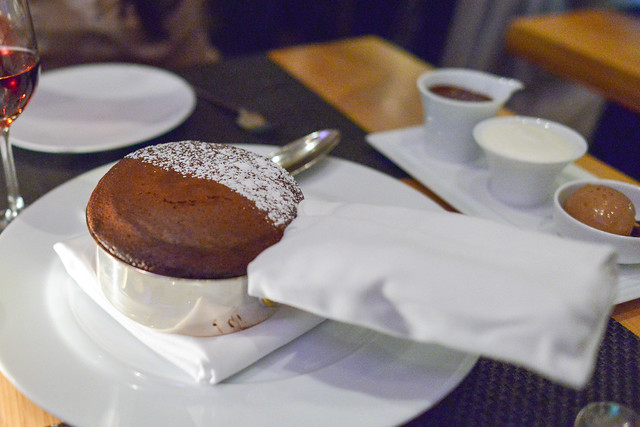 The dark chocolate soufflé had good chocolate flavor and a rich moist center. Whipped creme fraiche added some extra body and creaminess while the hazelnut ice cream provided a nutty accent and a great temperature contrast.

The food at CUT was what I remembered. Steak was top-notch and the other dishes didn’t disappoint. Service was less stellar though with a rude hostess and, at times, inattentive service. With the opening of Alexander’s Steakhouse in Pasadena this weekend, there’s certainly some potential for CUT to be dethroned as my top steakhouse in the city.