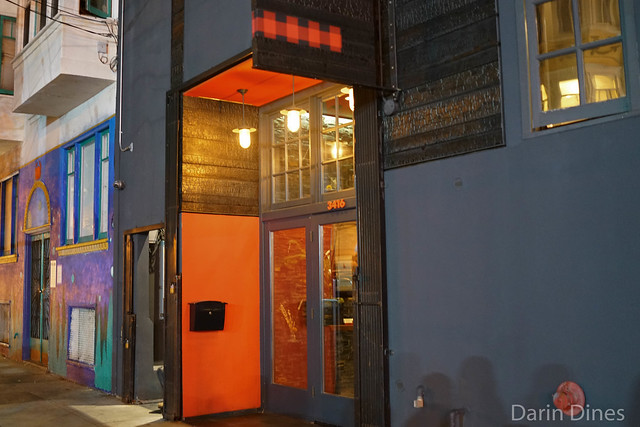 We managed to get tickets here for the day after Thanksgiving. 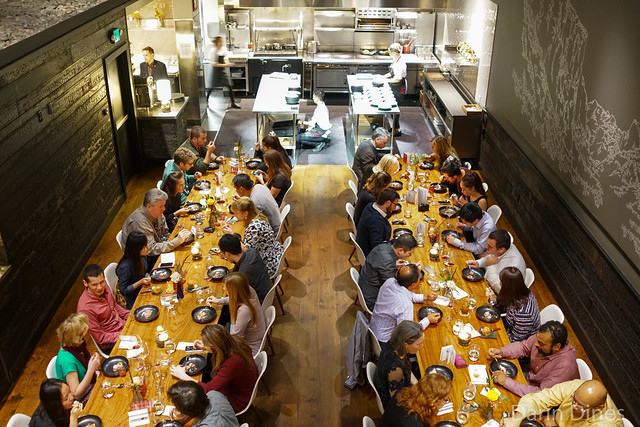 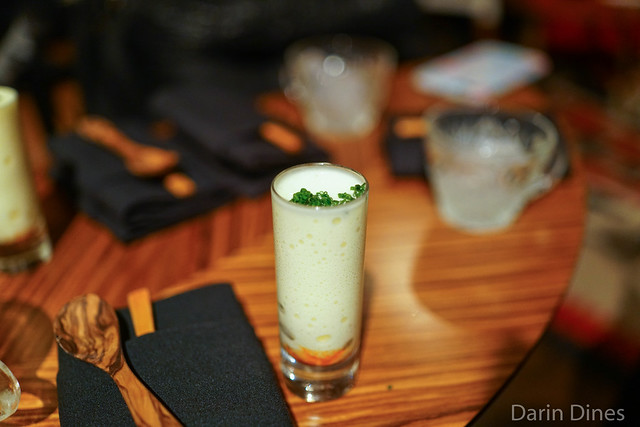 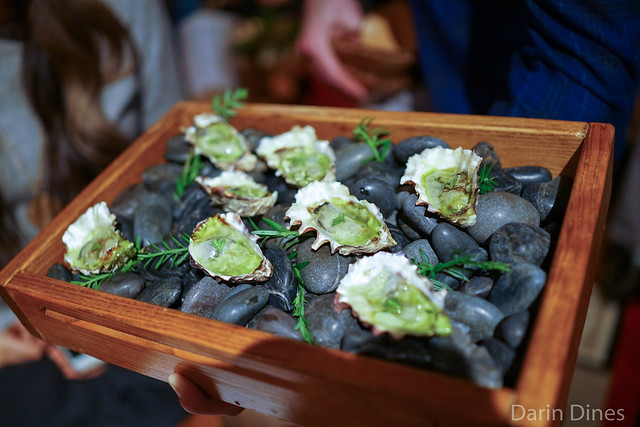 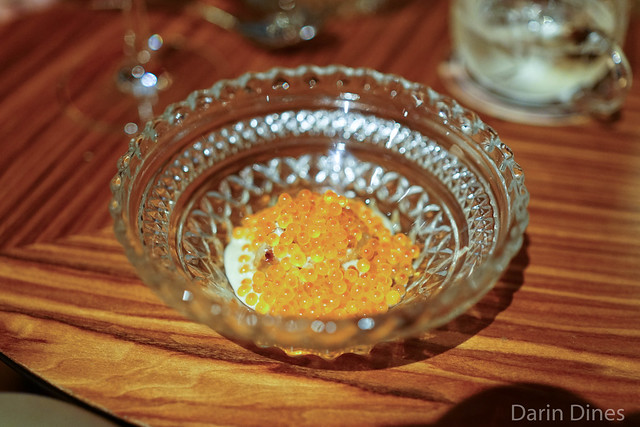 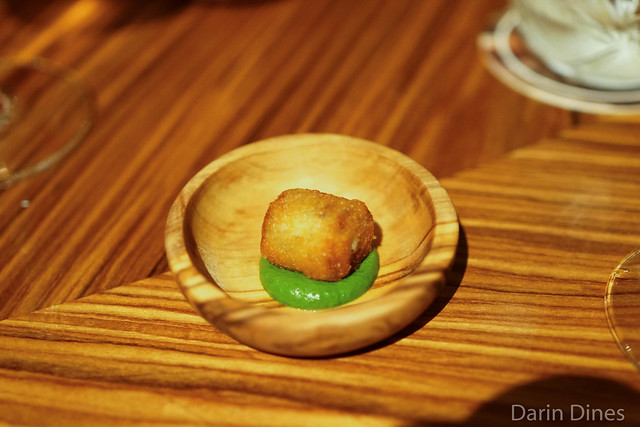 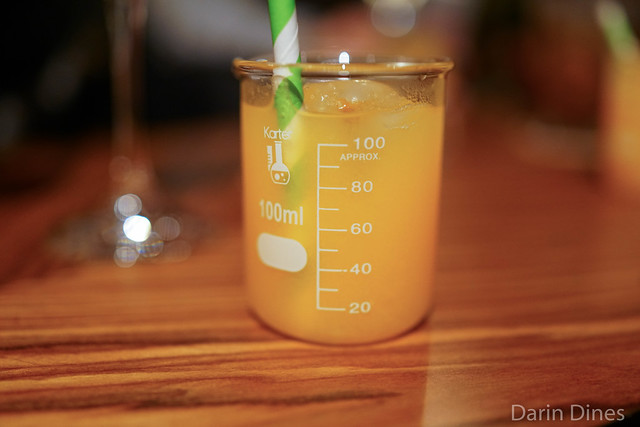 The next courses were all while seated in the main dining room. 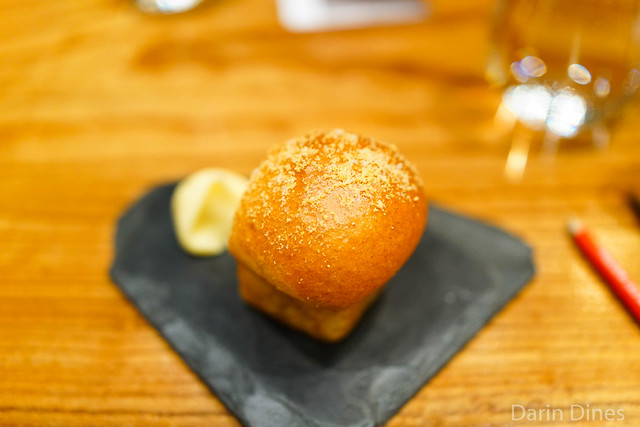 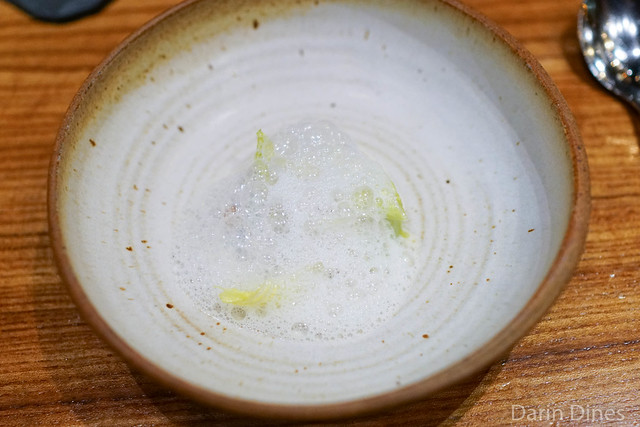 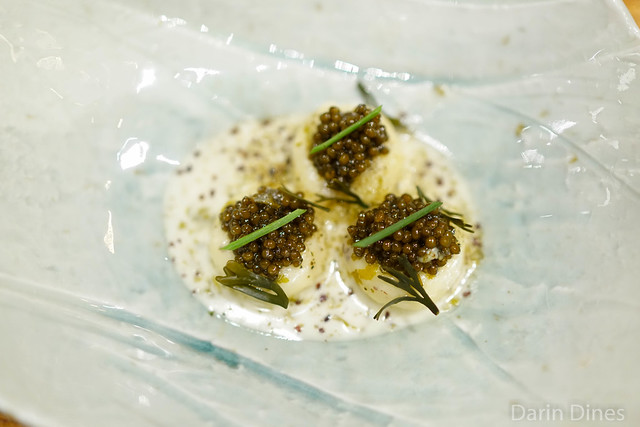 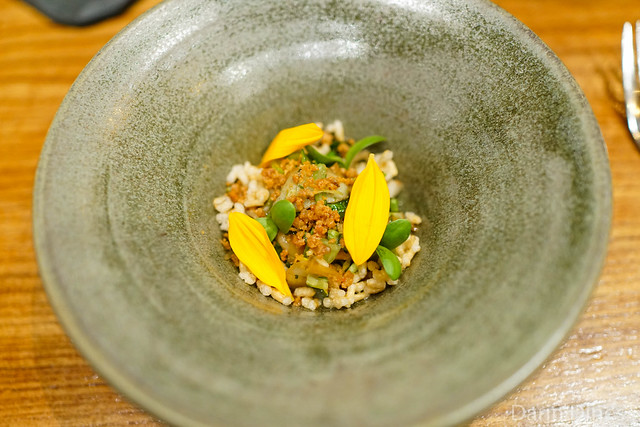 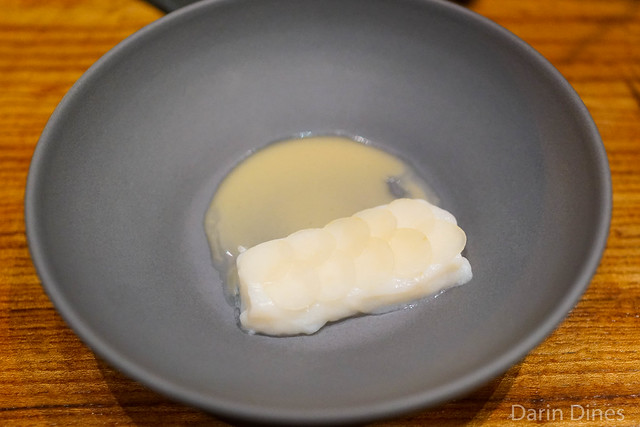 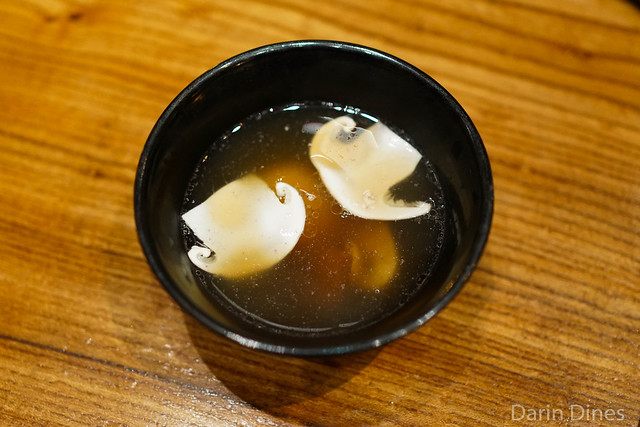 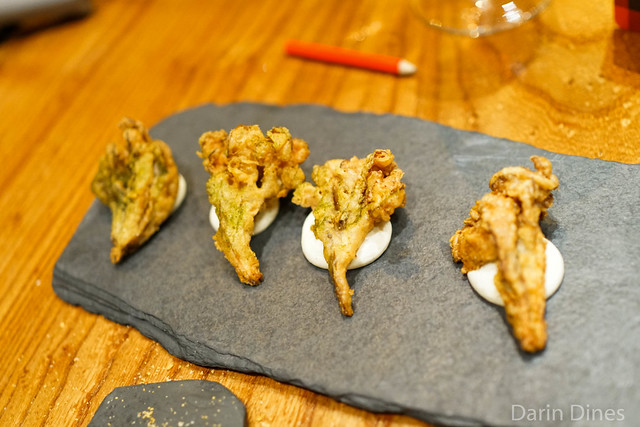 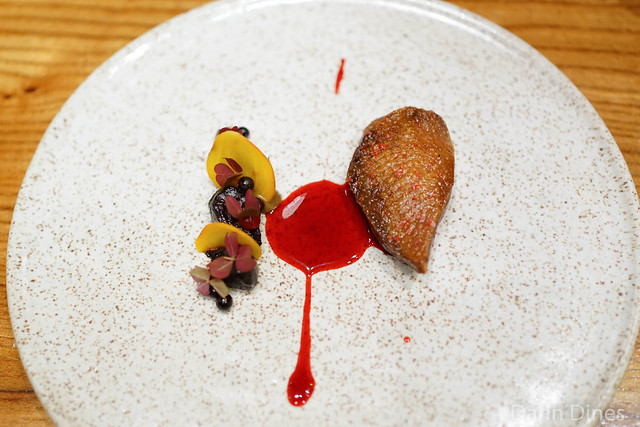 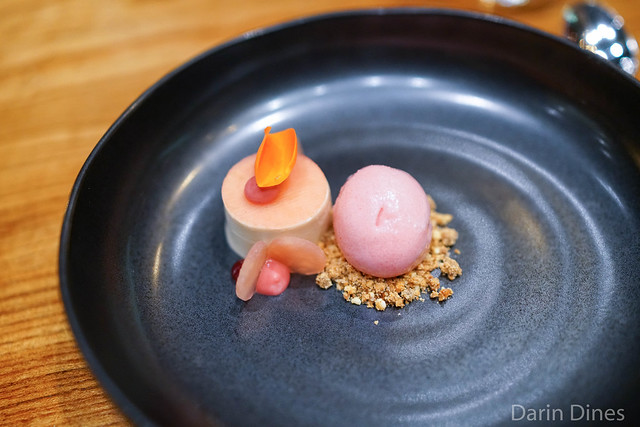 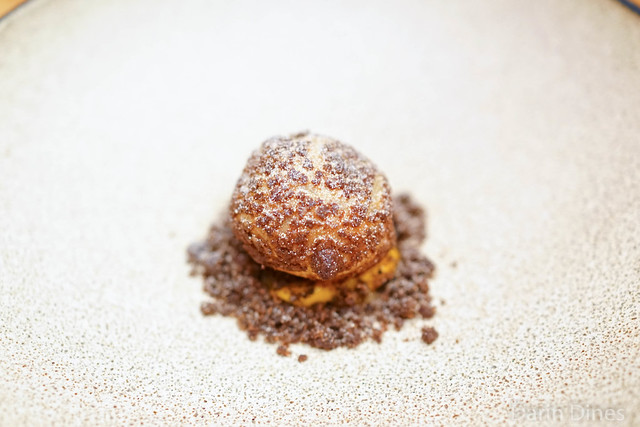 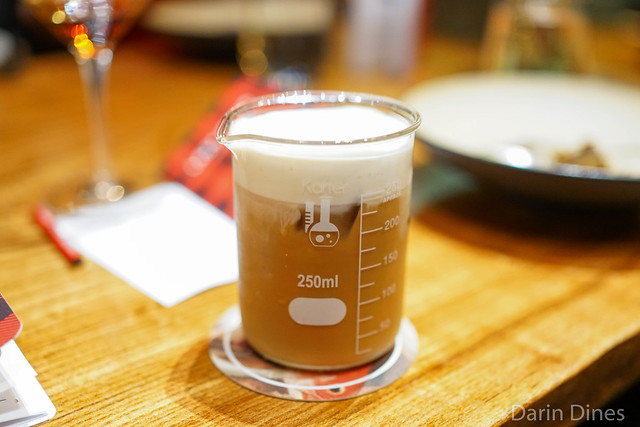 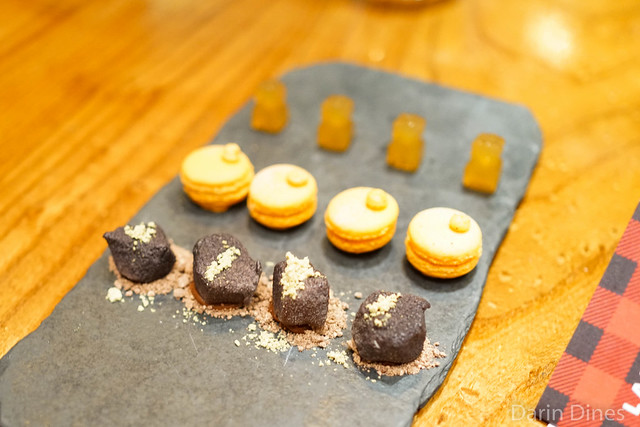 The food was very good. Sourdough dumplings were soft and pillowy, complemented by seaweed and topped with vibrant caviar. The abalone “porridge” was another hit with its myriad grains and crispy bits of chicken skin. The mushroom soup was homey and comforting, showing off layers of earthy flavor in both the broth and fresh slices of matsutake. The yolk, poached to a custard consistency, added plenty of richness. And the squash dessert was also a good one, featuring plenty of maple and coffee with a nice textural contrast. Even the cold brew coffee, slightly sweetened with a layer of cream, was memorable. The service was a little bit of a drawback however; sometimes it was excellent and sometimes it fell short. But in all, Lazy Bear presented a very strong meal and a unique experience that I’d recommend.