Daikokuya is my favorite ramen shop in Southern California. I’ve been so many times I’ve lost count. I first went when I was in college, and the rich, murky, pork fat-laden broth really opened my eyes. Having grown up in San Francisco, we didn’t have any of this – ramen was served in a miso or shoyu broth. While these were tasty in its own right, a pork tonkotsu broth was on a different level. Daikokuya simmers kurobuta pork bones for almost a full day as the basis for their broth – how can you miss with that? I’ve been coming back ever since, each time braving the seemingly ever-present lines. 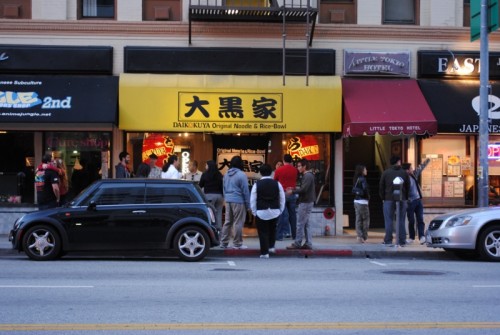 On a random Tuesday evening, the wait outside the restaurant was in full force. After about 40 minutes, we were seated at the bar. 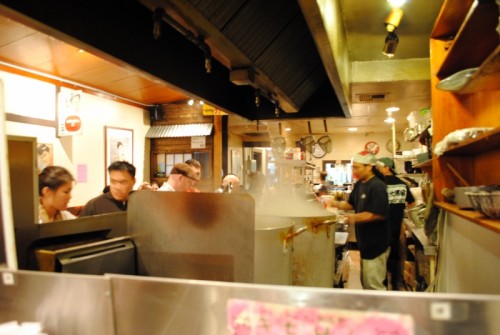 Daikokuya is a typical ramen shop, with a few tables and a bar around the kitchen. While the ramen here is obviously the main draw, Daikokuya does a number of other dishes well, including their rice plates. Their gyoza is rather unique in style, and we got an order of those. 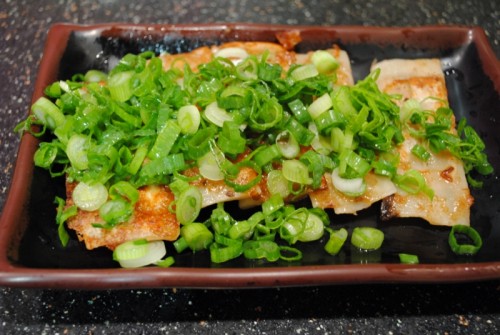 Flat noodles are wrapped around the filling and pan-fried. The shape really allows for maximum crispiness, as there’s a lot more surface area for browning. Good stuff.

The rice dishes are quite good here, but my favorite is the fried rice. 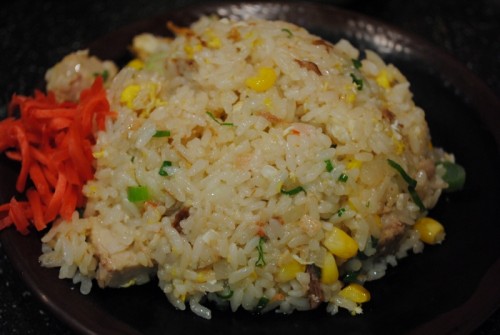 Chunks of pork belly, egg, corn and green onions are stir fried with the glutinous rice, making for a really delicious dish.

Next up, what everyone comes for – the ramen. 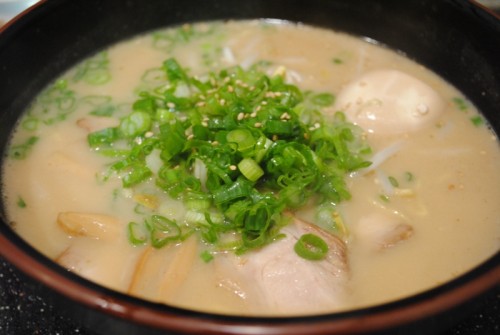 A big bowl full of broth, noodles, bamboo shoots, a soft-boiled egg, and slices of kurobuta pork belly are topped with green onions and sesame seeds. It’s a beautiful sight. 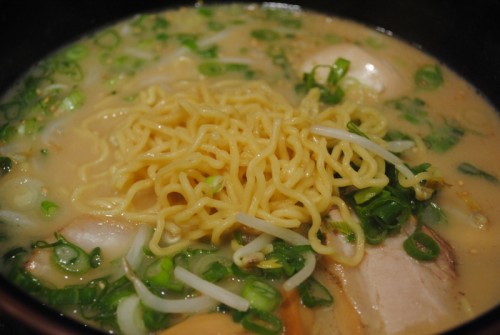 The broth has a deep, rather intense flavor to it. While the fat content is rather high in the soup, it doesn’t taste overly fatty. I really like the noodles too, curly with a nice chew to them. The pork belly really meshes well with everything – I used to try to avoid the fat and just eat the meat, but now I just eat the whole thing. Just a very delicious and satisfying bowl of noodles.

Feeling like a some dessert, we dropped by Syrup Desserts, which is nearby in the Arts District off-downtown. I’ve posted about Syrup Desserts before, trying out some of their waffles. This time, we would try their crepes. 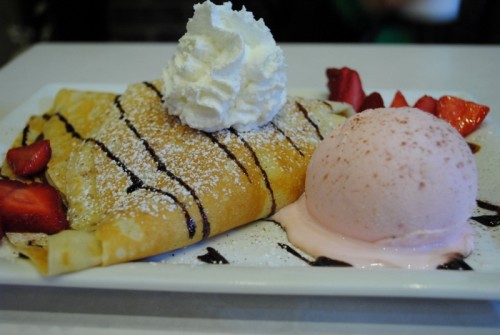 It took a ridiculous amount of time for the dessert to arrive, but when it finally did, it did not disappoint. The crepe is light with a Nutella filling – hard to fail with that combination. The whipped cream was good as well, though some of the strawberries were sweet and some were tart. 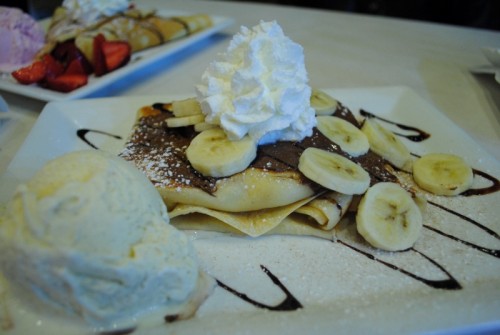 I’ve never actually had cheese in a sweet crepe, and this worked out pretty good. The warm, melted cheese melded with the chocolate, bananas and ice cream.

I had been craving an ice cream sundae all day, for some reason. I ended up with a sundae with vanilla bean ice cream, hot fudge, nuts, brownie bits, whipped cream and a cherry. The sundae was pretty good and hit the spot, was wasn’t anything special. 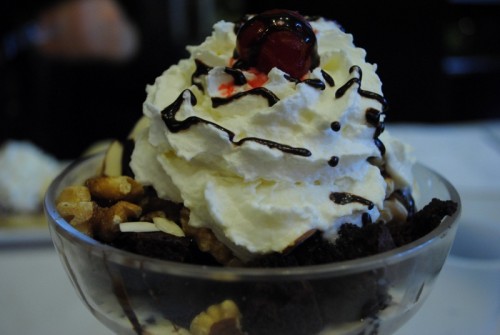 In all, we had a pleasant meal with enough calories to last a while. Daikokuya is consistently satisfying, and Syrup Desserts is a great place to get a comfortable, gourmet dessert treat.