Father’s Office is one of the best (in my opinion – the best) gastropubs in Los Angeles. In my opinion, they also have the best burger in the city. Granted, I haven’t tried a number of the chief competitors (Umami Burger , Rustic Canyon, 8 oz., Foundry come to mind), but this burger has so far been my #1 – taking into account the Counter, Lazy Ox, 25 Degrees, Pie ‘n Burger, Back Abbey, and Golden State. This was the first stop in a mini tour of burgers/gastropubs with Golden State. 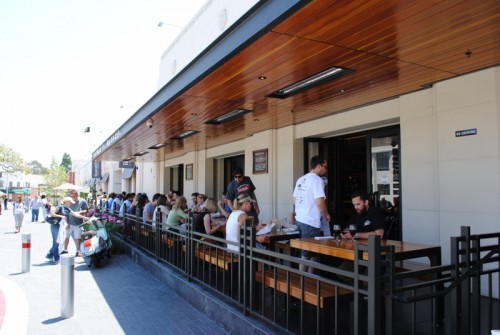 Father’s Office is an extremely popular spot, with those seeking chef Sang Yoon’s gourmet fare for reasonable prices, top-notch beers,  or just a place open late with food and drink. Yoon, who comes from a fine dining background, is one of the first in the trend of fine dining restaurateurs opening up burger joints.  While the menu consists of a number of great dishes, the biggest draw is the burger. 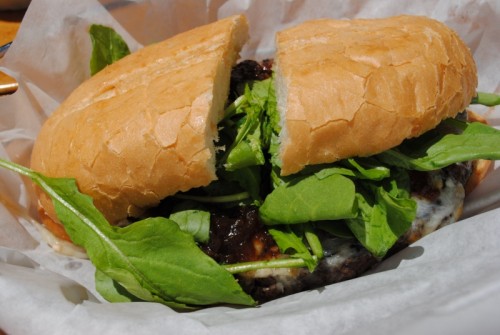 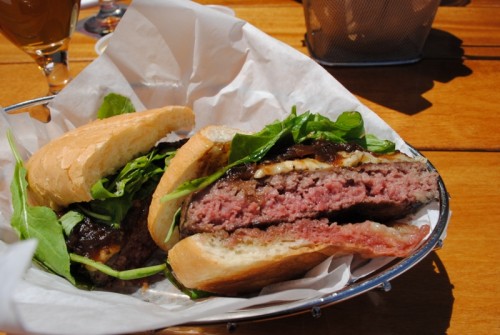 The patty was a nicely cooked medium-rare – so juicy that the bottom of the bun was getting a bit soggy. I don’t think the French bread bun is anything special, and would maybe prefer a brioche-type, or something softer. The caramelized onions add a nice sweetness to counteract the arugula’s bite, and really go well with the beefy meat. A very rich burger – it’s definitely the best I’ve had in LA. 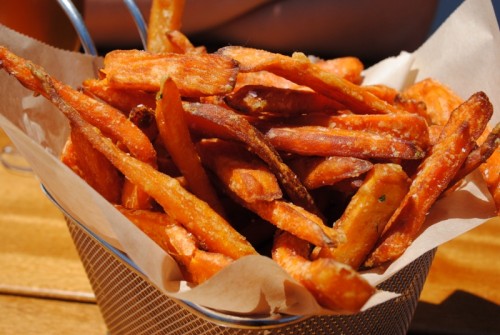 The sweet potato fries are also a big draw and are delicious. Nicely crisp, with a soft, moist interior. 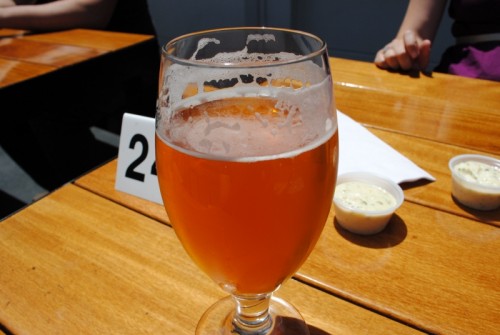 TO paid with my burger, I had one of my favorite beers – Pliny the Elder. Father’s Office is one of only a handful of bars in the city to offer Pliny.

Father Office rarely disappoints. The biggest drawback, however, is that it gets so damn crowded all the time. Given the quality of the food, the impressive selection of beers and wines, and the relaxed atmosphere – it’s no wonder why it’s so popular.