Dean Sin World is a sort of hole-in-the-wall Chinese spot in a Monterey Park strip mall specializing mainly in baked goods and dumplings. I wouldn’t say it’s yet in the collective conscience, but is well-known among food bloggers and Yelp. 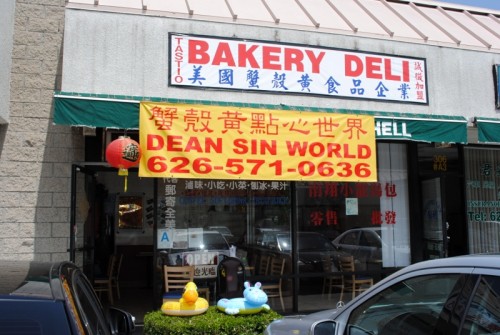 The interior is spartan, as you can see below. Hey, an A rating! 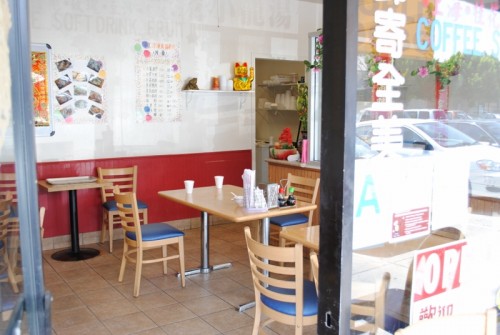 The menu has a pretty wide array of baked goods, noodles and dumplings. You can also buy many of their dumplings frozen by the bag of 50. 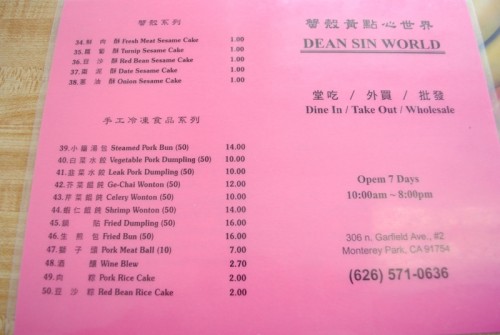 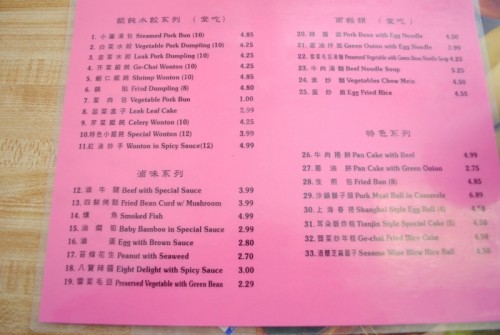 After our order, we were served complimentary peanuts with seaweed. I think this simple dish is actually pretty good, and would make good snacking. 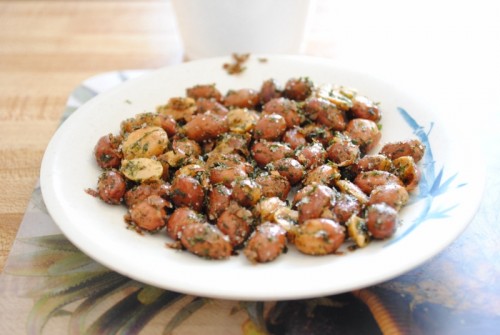 Another complimentary dish that came out was this fried tofu and bamboo shoots. I didn’t really care for this dish. 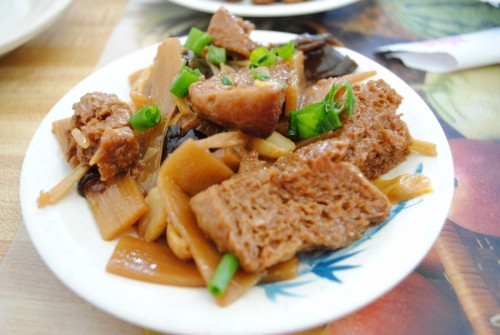 The first dish of our dishes that came out was this spicy wonton. This is the same wonton that is served in their ge-chai wonton soup, but served with a chili oil instead. I wouldn’t call this spicy, but the chili oil provided some nice flavor. 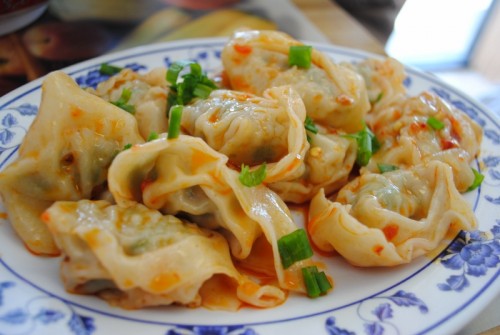 The next has to be one of their most popular items, the xiao long bao. These juicy pork dumplings are quite delicious, and quite a bargain at 10 for $5. 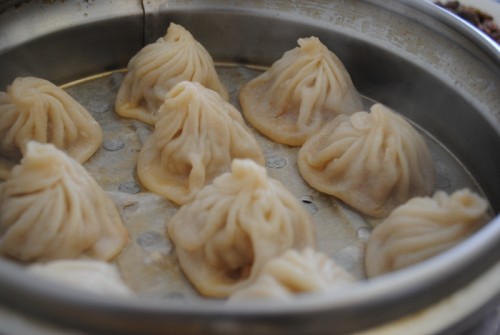 Another popular dish is their beef noodle soup. It’s a heaping bowl of egg-y noodles in a very rich beefy broth. A generous portion of tender braised beef shank is added atop. 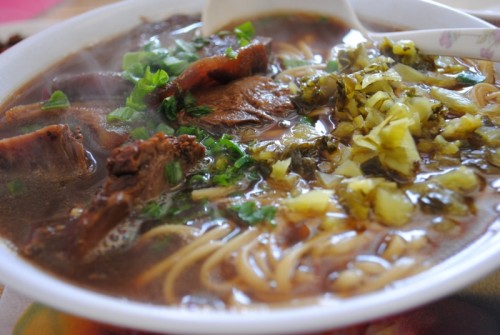 The bowl is filled pretty much to the brim with a lot of noodles. I tend to prefer the noodles a bit more al dente here, but they’re good nonetheless, and held up well even when sitting in the soup for a while. I tend to prefer brisket in my beef noodle soup, as the meat is easier to separate from the tendon (with shank, the tendon is interspersed throughout the meat). 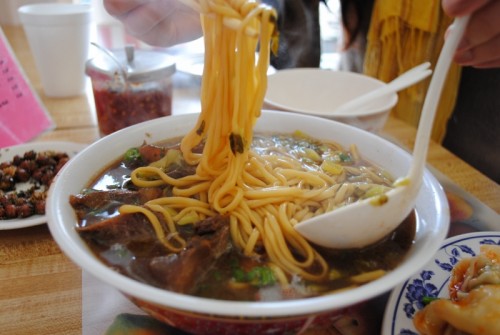 Next was the pancake with beef. 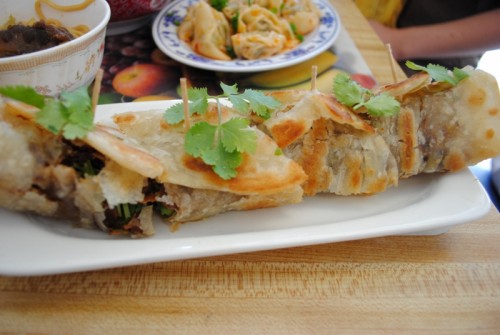 This is a crispy pancake/crepe wrapped around layers of beef and greens. Pretty good. 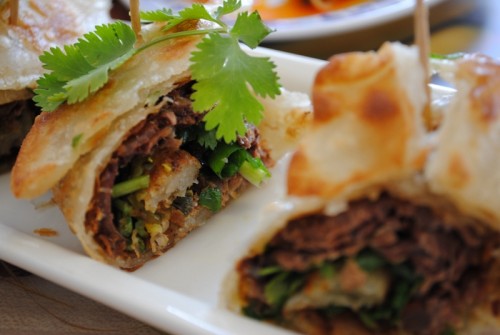 This was my third trip here, and it was as satisfying as the last couple. There’s some really great food here, comforting to the soul. The owners are very warm and hospitable, and the prices can’t be beat. I’m surprised this restaurant has not really caught on yet, but I figure it’s only a matter of time until this small restaurant has lines out the door.