To me, there aren’t many things better than a good steak. A couple of months ago, a new butcher shop opened up in the Los Feliz area called McCall’s Meat and Fish Co. Owned by a husband-and-wife team with experience at restaurants such as Sona in LA and Daniel in NYC, it appeared to be a very promising place to get some gourmet meat and fish. I finally went, and was not disappointed. They offer a pretty good selection of meats (dry aged steaks and roasts, quail, kurobuta pork cuts, and anything else they find that’s good) and a vast selection of  fish. I came away with a 21-ounce dry-aged Angus ribeye. The whole roast is shown in the display, and it’s cut and trimmed for you upon order. 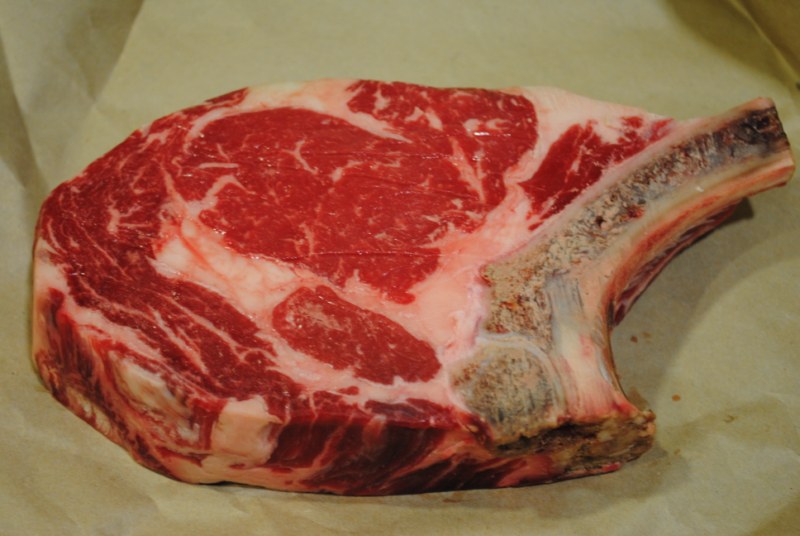 As usual for a steak, I kept the seasoning simple, with salt, pepper, garlic powder, a little rosemary, and olive oil. 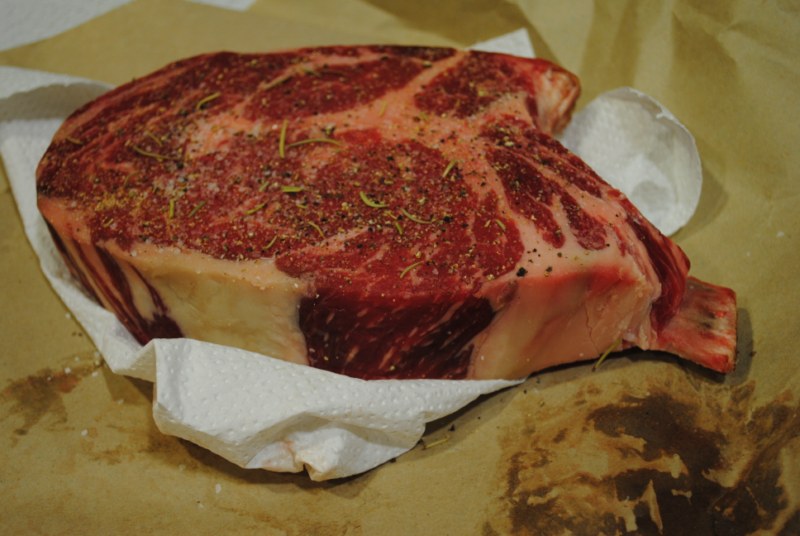 I got my cast iron pan as hot as possible, and seared the meat. 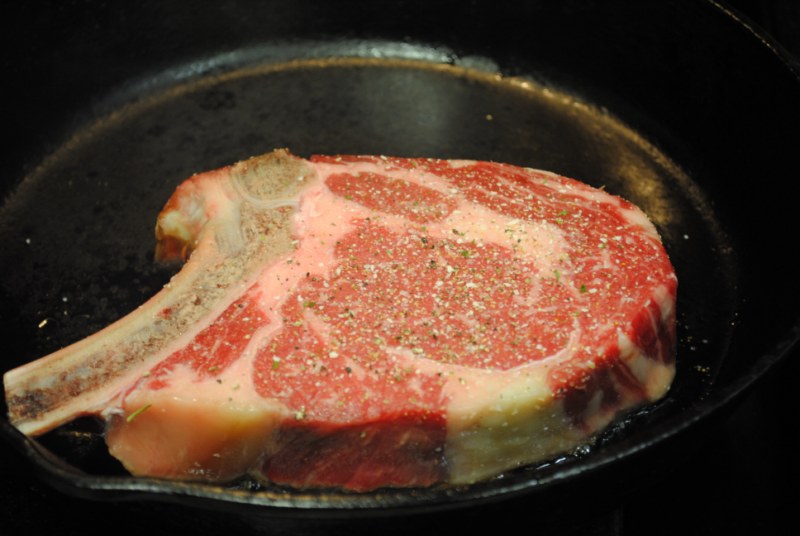 On both sides, in order to develop a nice crust. 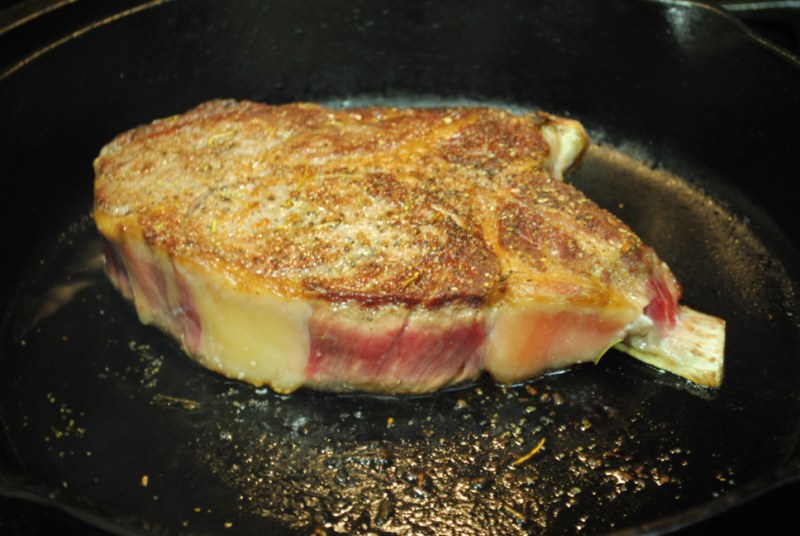 I finished the steak in the oven to an internal temperature of 130 and let it rest. Beautifully browned, the steak really developed a nice crust. 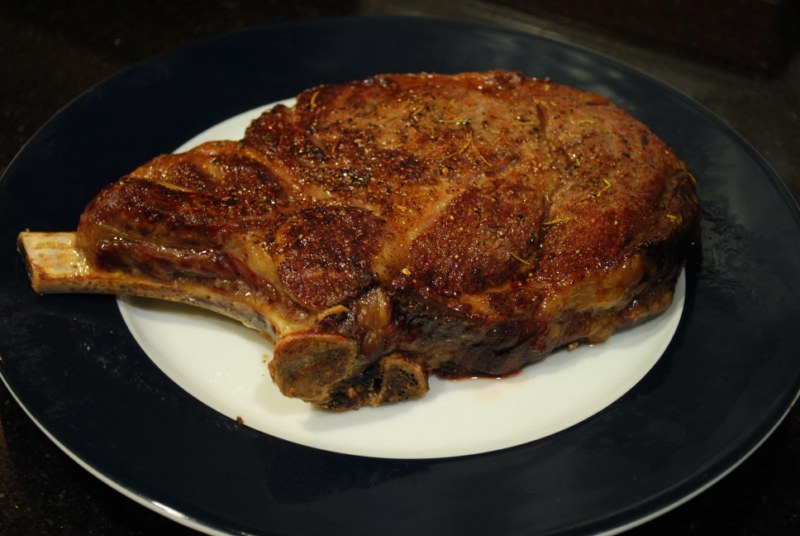 While it rested, I blanched some broccoli and finished it in the cast iron pan in the meat drippings. As the pan was still really hot, I was able to get some good caramelization quickly. 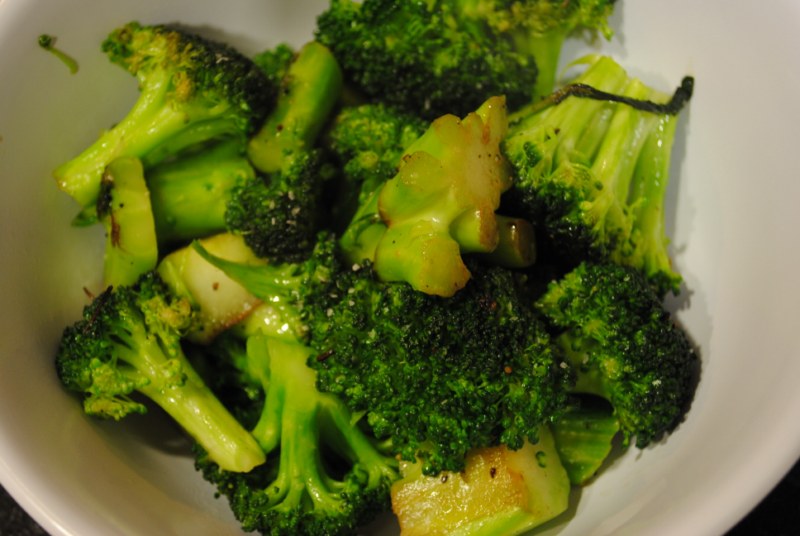 Time to eat! I was happy to see I got a very nice juicy pink with the steak, and a crusty, seared exterior.

The steak was very tender, as I expected. Even better, it had a nice beefy flavor, no doubt enhanced by the dry-aging process, which draws moisture out, and condenses the flavor of the beef.  This process had the effect of a noticeably more-developed flavor to the steak. At $27 per pound (bone-in), it wasn’t cheap – but I do think I got what I paid for. The quality of the meat, including the dry-aged process, really separated this steak apart from the common supermarket variety, and was also better than what many steakhouses serve. 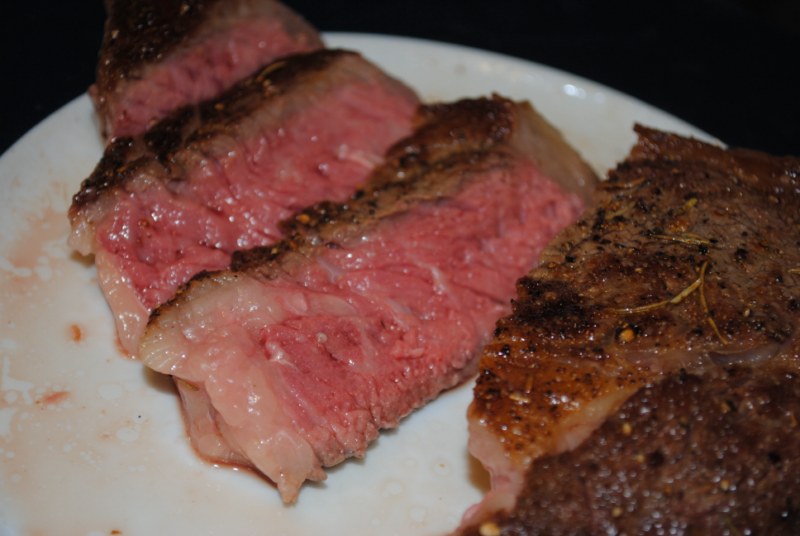 In all, I was very pleased with my buy. Likely the best steak I’ve ever cooked, I can’t wait to get back to McCall’s to try out more of what they have to offer!