Fukada is probably one of the more popular Japanese noodle houses (non-ramen) in Orange County.   I had come a couple of years ago and remembered it being pretty good. Being a huge noodle fan, I had to come back. 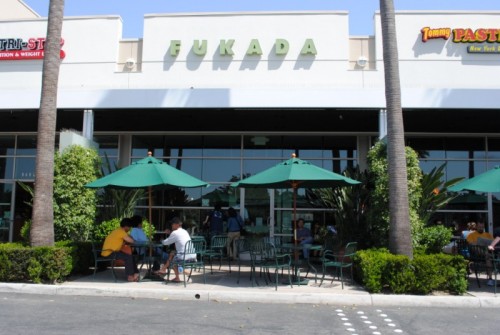 As it was the first stop of a four-restaurant tour of food in OC, we couldn’t explore the full menu, but stuck to some of the specialties. Below, the hot sansai udon (with mountain vegetables). The broth was light and flavorful, and the vegetables had a nice crunch, adding some nice texture. However, I felt the noodles were a little thinner than I’m accustomed to, and were a bit mushy. I would have preferred them to have a little bit of a chew. 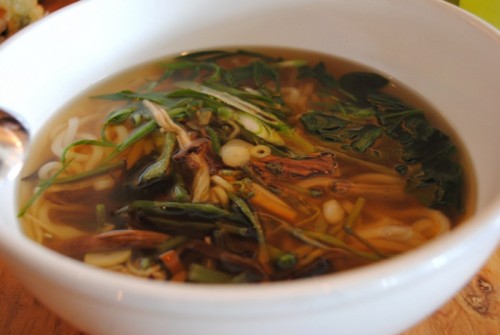 One of the sides we tried was the shrimp tempura and asparagus roll. The tempura was a little soggy, a big no-no. The rice was still a little warm, which I liked, but the tempura was its downfall. 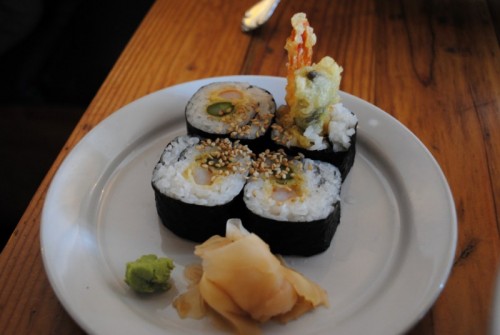 Next was the eel don. A nice big piece of grilled eel over brown nice. The eel was cooked well in a nice soy-based sauce.

Overall, Fukada was rather underwhelming. The biggest letdown was the udon and the soft noodles. I will probably try this again at some point down the road, as people seem to love it, but I won’t be craving it anytime soon.