At last year’s American Wine & Food Festival, my dad bid on a number of items in the silent auction. One of the items he won was a gift certificate to BLT Steak, which he gifted to me for Christmas.

BLT Steak is a trendy spot on the Sunset Strip of West Hollywood. Opened by fame chef Laurent Tourondel, it’s known mostly for  its steaks (of course) as well as the complimentary bread (a popover). See menu here: BLT-dinner-menu

The server had recommended a number of dishes; surprisingly, a number of them were fish. There was no way we were ordering fish. Instead we went with some big meat options, the 40-ounce porterhouse for two and the 22-ounce bone-in ribeye. Pretty sizable for two people, but I was pretty sure we could do it.

One of the complimentary dishes is a chicken pate. Interesting. It’s served with a toasted ciabatta. 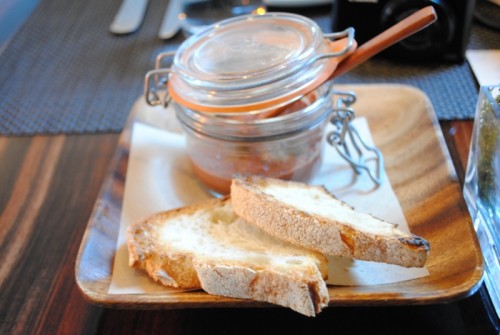 The pate was just a little warm, and was delicious. There was definitely a very present liver flavor in the pate. 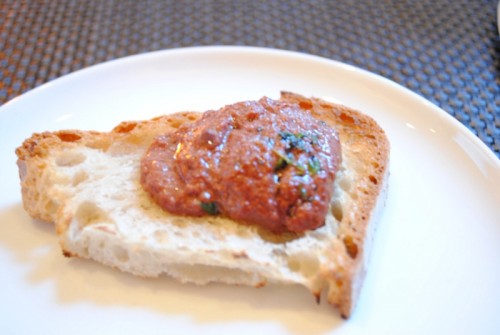 The bread, which is a signature of BLT’s, is the popover. These are pretty large, though hollow on the inside. A nice crust is on the outside, with a subtle cheesy, moist interior. The flavor of the interior was not unlike CUT or French Laundry‘s cheese puffs. Unique and very good. 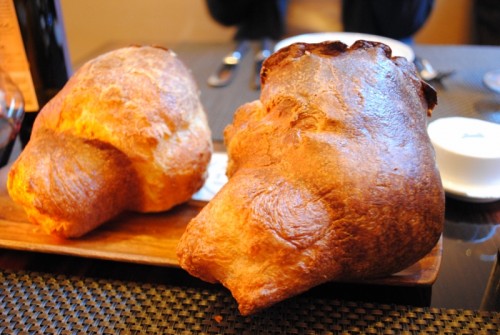 Next came the steaks. Here, the 40-ounce porterhouse. 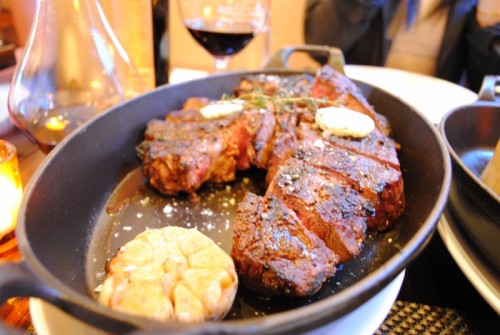 And below, the 22-ounce bone-in ribeye. I thought it was a great idea to have roasted bone marrow come alongside. Both steaks came with a whole roasted garlic bulb as well. 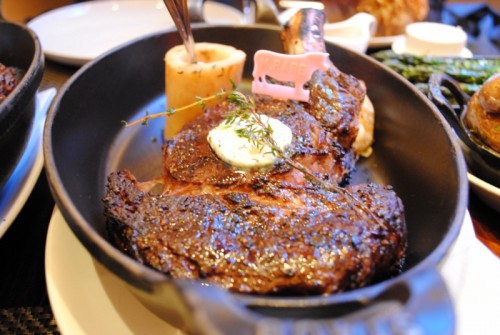 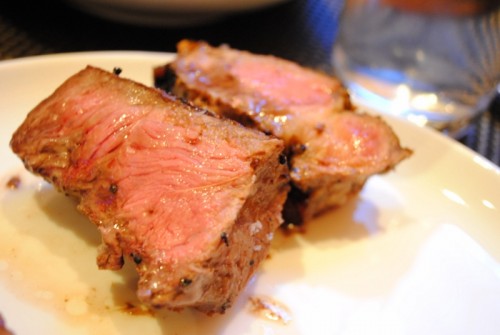 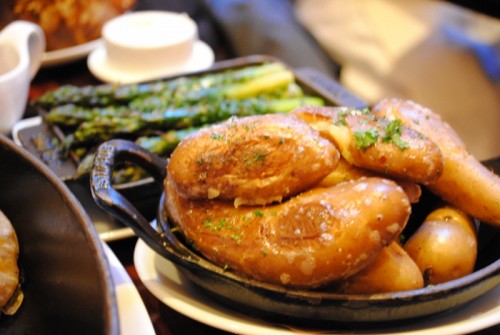 We passed on dessert, as the food was a bit more filling than expected. My overall impression was very positive. The only major misstep was the cooking of the filet portion of the porterhouse, and maybe the fingerlings (though they weren’t bad, just unspectacular). The quality of the beef was clearly very good, and the popover was very memorable.