There’s nothing quite like a slowly braised piece of meat. Cheaper cuts of meat (brisket, chuck, shanks, short ribs from a cow) are slowly simmered in a liquid, creating moist, tender meat, and a rich sauce. Restaurants can charge $20-30 for a dish such as braised short ribs, which only costs a few dollars a pound. It’s actually pretty easy to make it at home – it just takes some time and patience.

Today I went with pork shoulder (the cut of meat for carnitas and pulled pork). Five pounds of it. This cut of meat usually sells for less than $2 per pound, making it very economical. In addition, it’s one of the most flavorful parts of the pig, yielding really moist and succulent meat without needing much skill at all. 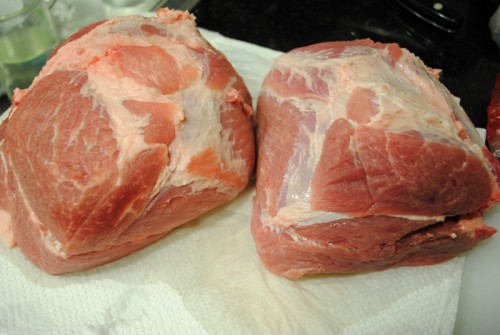 I decided to first brown my meat in a large stainless steel pan, since there’s more surface area than in my dutch oven. I planned to brown the meat, saute my aromatics, and then transfer to my dutch oven for the braise. 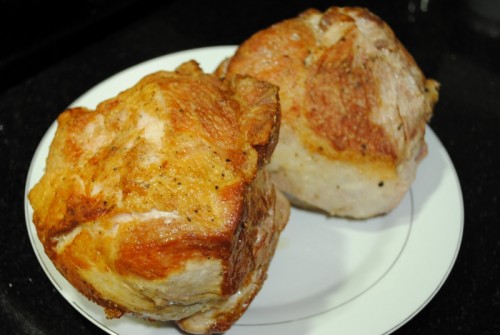 After browning my meat on all sides, I was left with a pan full of browned bits – perfect. This is where a lot of the flavor is developed. 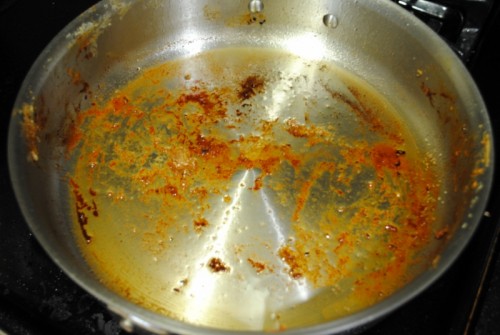 I sauteed my onions and garlic in the pan, and added  my white wine, scraping up the browned bits in the process. Adding chicken stock, carrots and celery, I put everything into my dutch oven and was ready to put it into the oven for a few hours. 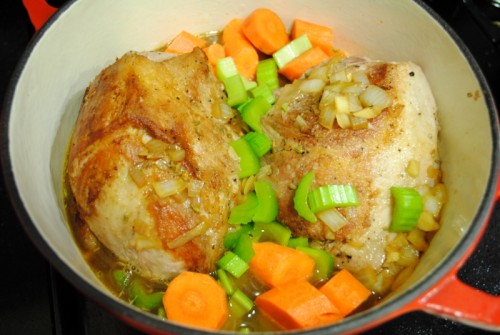 After about 2.5 hours, I removed the meat to allow it to rest, and reduced the braising liquid. 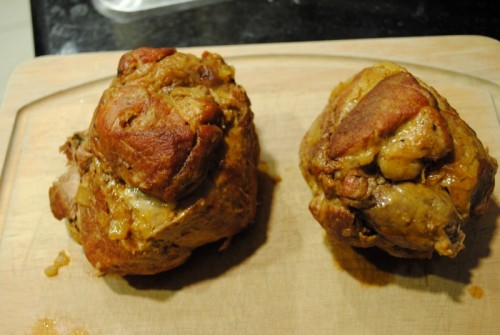 At this point, the pork was evidently tender, as it was easily falling apart. I put a few chunks on a plate, spooned over some of the braising liquid, and garnished with some fresh parsley and rosemary. 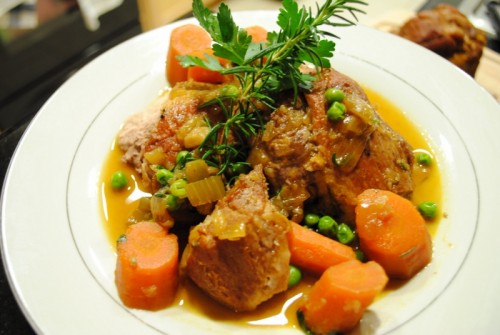 Ta da! The pork was really tender and moist, and the braising liquid was both rich and flavorful. I’d definitely consider this a success and would make it again. I think it’s also a great dish to make for large groups of people, as the time and effort involved remain relatively the same no matter how much meat is used (as long as it fits in the pot, of course).