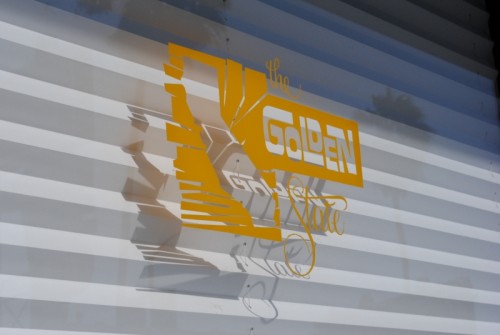 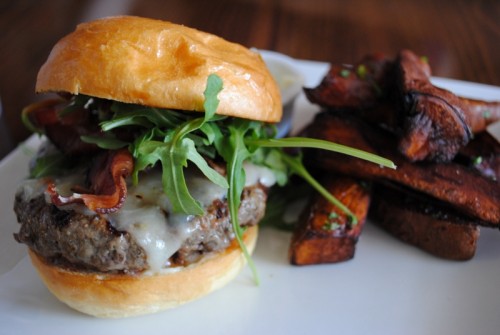 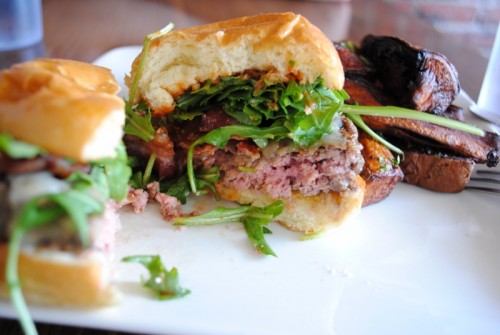 The burger was not as pink as FO’s, but it was medium rare. The meat also wasn’t quite as beefy, and not as moist. However, make no mistake – this was a good burger. The patty was nicely thick, and the bacon was fantastic. I love arugula on a burger, and this was not an exception. The cheese was fairly mild and somewhat hidden. The bun also was rather un-extraordinary, being a fairly standard burger bun. This was a lighter burger – not as much as FO’s. Depending on what you want, this could be a good thing. We got sweet potato fries along with the burger, which I thought were way too charred…burnt..on the outside. 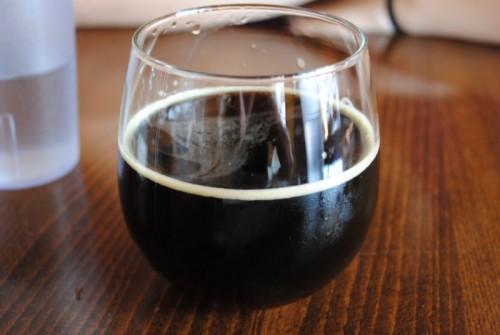 To drink with the burger, we got a Deschutes Jubel 2010. The deep, malty flavor was mildly sweet, and was actually relatively light. I tend not to prefer dark beers, but this wasn’t a bad one. 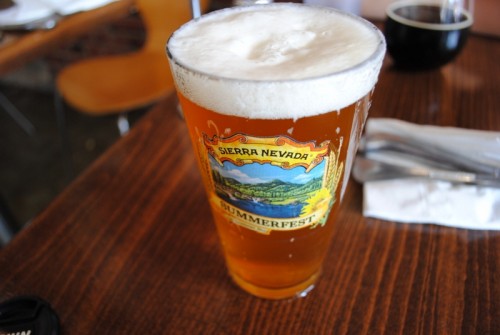 Also, we had a Stone Cali-Belgique. This Stone IPA, made with Belgian yeast, was pretty good. However, I think I like Stone’s Ruination better.

I’d come back to Golden State. The burger was good, not exceptional, but the beer list is quite good. I still need to come back to try one of their beer floats.