Roasted chicken is such a simple dish, and is something that can also be very satisfying. A roasted whole chicken is a great way to economically serve a number of people. At it’s most basic, all one needs is a chicken and some seasonings. While very simple, a lot can go wrong in the dish. The breast meat is often overcooked, or the dark meat undercooked, as they both cook at different speeds. In addition, it can be difficult to get a nicely browned, crisp skin on the bird. The heat needs to be just right – if the heat is too high, the skin will burn before the meat is done; if it is too low, the meat will cook before you get any browning.

In this case, I chose to prepare a cornish hen. As these are somewhat like “small chickens,” if I screwed it up, I wouldn’t be stuck with a whole chicken to eat. In addition, it was easy to buy two of them, so that I could work out any kinks in the first preparation to improve on the second try.

I brined both of my hens in a brine of salt, peppercorns, sugar, bay leaves, fresh parsley, fresh rosemary, and fresh thyme. This would be a very flavorful brine, I hoped. 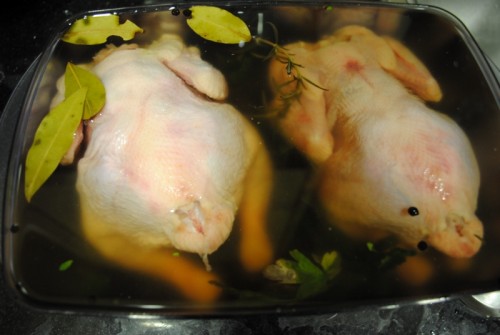 Upon brining overnight, I rinsed and air-dried the hens in the refrigerator. 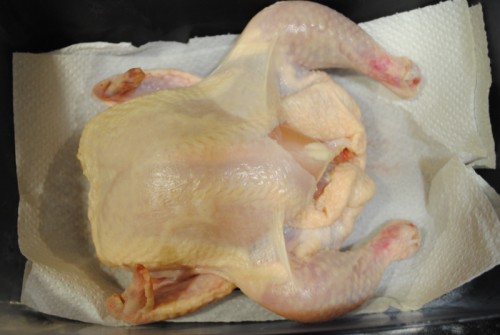 When I was ready to cook, I stuffed the cavity of the bird with garlic, thyme, rosemary, parsley and butter. I then trussed the chicken, seasoned it all over, and topped it with a layer of butter and chopped thyme. 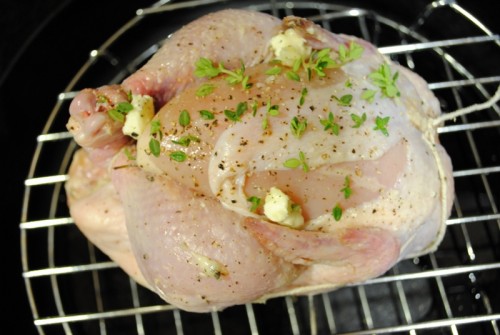 Unfortunately, the skin broke at the top, effectively ending my quest for a crisp skin right there. I cooked my bird at 425 degrees, expecting it to take about half an hour. Using my instant read thermometer, the bird didn’t reach my desired doneness (160 degrees) until a whole hour in the oven. 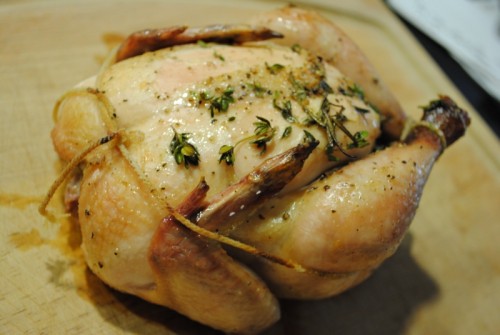 I definitely did not get the browning I wanted. Next time, I would have to use a hotter oven. Upon carving the hen, it was noticeably very juicy. I’d like to think the brine was a big reason why – as both birds were subject to this, I had a hard time knowing how much of the juiciness was attributable to the brine. I then made a jus out of the pan drippings, mixing in chicken stock, a bunch of fresh herbs, and butter. 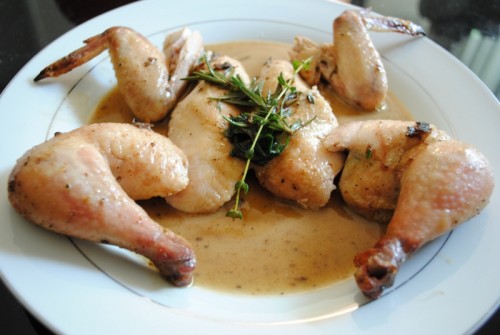 I also roasted some potatoes, finishing them in the drippings from the hen. 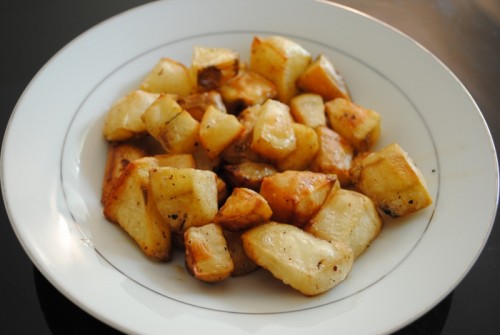 I was fairly pleased with this hen. Using a thermometer ensured that the hen was cooked to the desired doneness. I didn’t get the browning I wanted, but the meat was pretty juicy and flavorful. The breast was not dry, though it wasn’t overly moist, either.

For my next hen, I was sure to try to make sure it was as dry as possible before cooking – one of the keys to a crispy skin. I was also going to use a much hotter oven, in order to get some better browning. Again, I stuffed with hen with garlic and fresh herbs and trussed it. Butter, salt and pepper was all I put on the chicken. 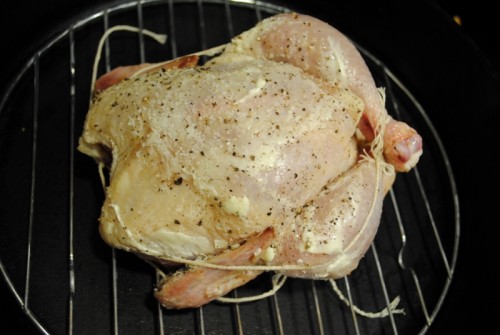 This time I used an oven of 475 degrees. The bird reached 160 degrees in about 40 minutes. 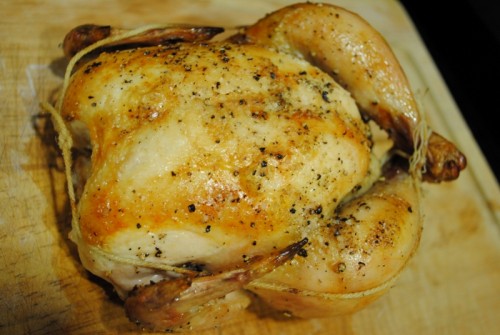 The browning was much better this time around, and the skin was kinda crispy. Just kinda. I realize, with such a small bird, it’s kinda hard to get my ideal browning all around.

Again, this hen was extremely juicy upon cutting into it, with juices running all over the cutting board. 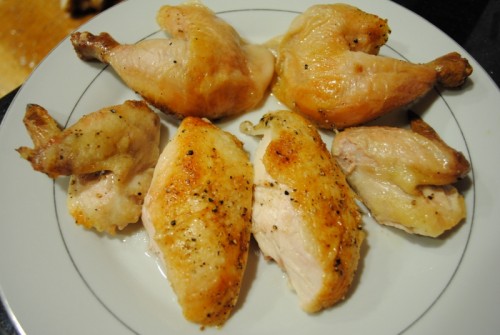 I made the jus similar to the last time, but this time I elected to serve the jus separate, as a dipping sauce. The flavors of the meat would be much more apparent by itself. 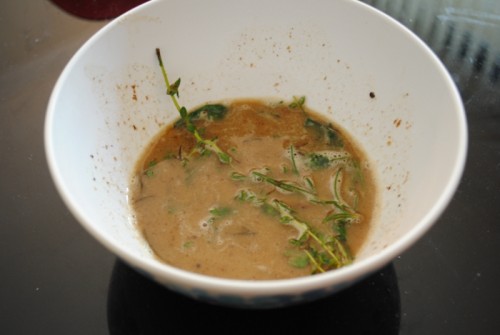 To go along, I made some potatoes separate. These didn’t turn out too well. I parboiled them too long, and overcrowded my pan when I was trying to crisp them up. 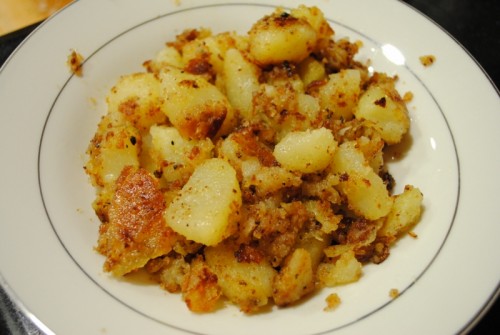 I drizzled a little white truffle oil on them to add some extra depth of flavor. 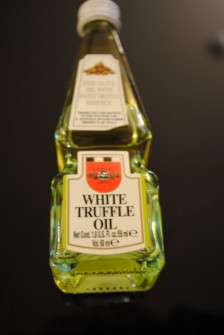 The meat was cooked very similar to the last bird. The dark meat was wonderfully juicy, and the breast meat..while not dry, wasn’t overly moist. The jus helped a lot though. I was quite surprised with both jus, as I often am not very successful at making pan sauces.  In all, I was pretty satisfied with my cornish hens – they turned out better than I expected. I might be ready to move on to a whole chicken next.