When it was announced what Rick Bayless was going to be involved in a restaurant in LA, it was a big deal. No one knew what exactly his involvement would be or what the concept would be of, but the notion that the most famous American chef of Mexican cuisine would be coming to LA was exciting news.

I remember watching Bayless’ Mexico: One Plate at a Time on PBS a while back, and that show lasted a number of seasons. While already a notable chef, Bayless’ big boost into prominence was his win on Top Chef Masters last year. 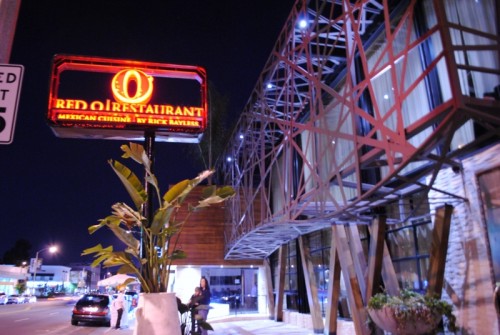 While not officially a Rick Bayless restaurant (it’s not part of his restaurant group), he is a chef-consultant, and helped create the menu. My understanding is that this is his food, with his name on it, but he doesn’t have a significant equity stake in the business. 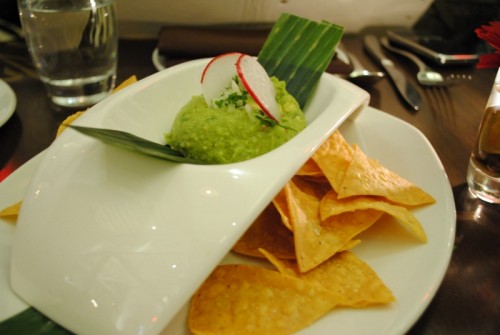 Guacamole is a simple, classic dish. Bayless does it well. It is slightly chunky, and extremely fresh tasting. The chips weren’t quite as warm as expected – I suspect they had been sitting for a little bit as they were only moderately warm. 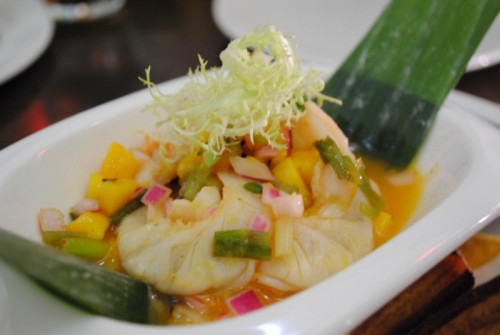 This was a great ceviche. The shrimp were “cooked” perfectly, and again, the ingredients were very evidently fresh. They have to be for a good ceviche. This came with thin slices of fried plantains which, honestly, weren’t even necessary. 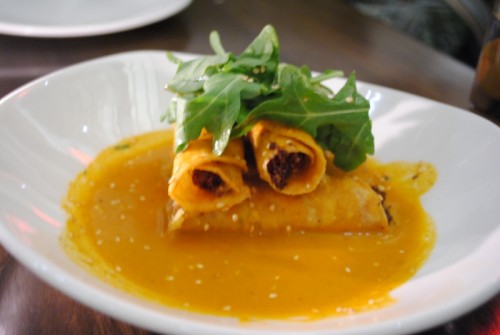 For the most part, my taquito experiences have been from fast food restaurants, with often-overcooked and dry results. Obviously, this is a different kind of restaurant, and a different kind of taquito. These were cooked very well, and the duck was really moist. I really liked the mild heat of the sauce, as well as the fresh, peppery taste of the arugula. 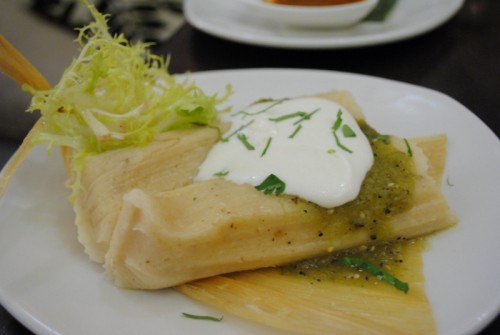 A delicious tamale! This is what it should taste like, with a very nice, moist interior and good corn flavor. The poblano chiles add an extra depth of flavor to this otherwise-simple dish. 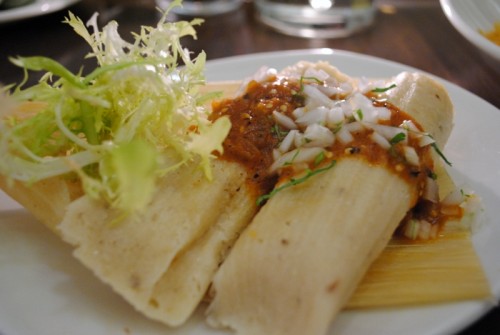 Surprisingly, this tamale disappointed a bit, especially after having the vegetarian version. The beef was rather dry on the interior, and even the corn tamale was a bit drier here than in the previous version. 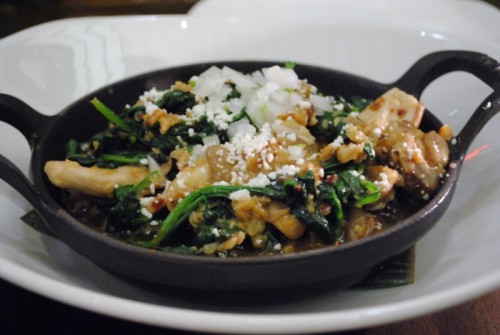 This came with a side of small flour tortillas for you to make your own soft tacos. A medley of mushrooms were included here, and they were cooked well, as well as the spinach. A tasty vegetarian dish. 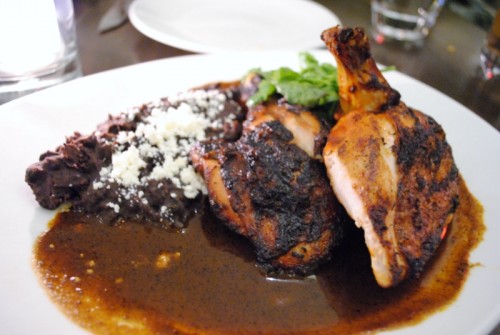 I just had to try the mole here. Just had to. There’s 27 ingredients! And it was good, with a really deep flavor. The chicken had a really crispy skin, and a nice smoky grilled flavor. However, the breast meat was just a tad dry. 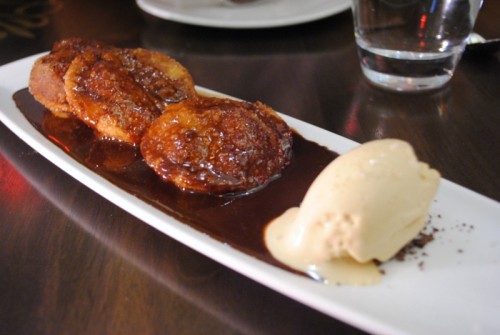 Deep fried dough with ice cream. Every culture has this dish. I was just ‘okay’ on this one. The Bunuelos were crunchy and chewy, but just weren’t that appealing to me. Loved the salted caramel ice cream though – haven’t had this since Bi-Rite in San Francisco.

Overall, this was a very good meal. I was excited for Bayless’ arrival, and, as a whole, it did not disappoint me. There are a number of traditional Mexican dishes executed very well, and some more modern Mexican dishes also done well. I think this restaurant, already looking to be a hotspot due to Bayless’ celebrity, will do well in the foreseeable future.