For anyone that is a semi-regular reader, most of my home cooked meals have been braises. They’re just really satisfying dishes that do take some time, but yield some really delicious, tender meat and creates a good sauce at the same time. Plus, they’re usually pretty inexpensive to make, as ‘cheap’ cuts are typically the cuts of meat that are braised.

My desire to cook a pot roast was somewhat inspired by an episode of Barefoot Contessa that I recently watched – the revelation came to me as I was looking at a stack of leeks in my local Bristol Farms. They had a really nice chuck roast in the meat department; thus, my mind was made.

I didn’t actually look up the actual recipe before cooking; I largely did it from memory and made it my own. However, this is what Ina Garten’s is for reference:

Preheat the oven to 325 degrees F.

Pat the beef dry with a paper towel. Season the roast all over with 1 tablespoon salt and 1 1/2 teaspoons pepper. Dredge the whole roast in flour, including the ends. In a large Dutch oven, heat 2 tablespoons olive oil over medium heat. Add the roast and sear for 4 to 5 minutes, until nicely browned. Turn and sear the other side and then turn and sear the ends. This should take 4 to 5 minutes for each side. Remove the roast to a large plate.

Add 2 tablespoons olive oil to the Dutch oven. Add the carrots, onions, celery, leeks, garlic, 1 tablespoon salt, and 1 1/2 teaspoons pepper and cook over medium heat for 10 to 15 minutes, stirring occasionally, until tender but not browned. Add the wine and Cognac and bring to a boil. Add the tomatoes, chicken stock, bouillon cube, 2 teaspoons salt, and 1 teaspoon pepper. Tie the thyme and rosemary together with kitchen string and add to the pot. Put the roast back into the pot, bring to a boil, and cover. Place in the oven for 2 1/2 hours, until the meat is fork tender or about 160 degrees F internally. Turn the heat down to 250 degrees F after about an hour to keep the sauce at a simmer.

Remove the roast to a cutting board. Remove the herb bundle and discard. Skim off as much fat as possible from the sauce. Transfer half the sauce and vegetables to a blender or a food processor fitted with the steel blade and puree until smooth. Pour the puree back into the pot, place on the stovetop over low heat, and return the sauce to a simmer. Place 2 tablespoons flour and the butter in a small bowl and mash them together with a fork. Stir into the sauce and simmer for 2 minutes, stirring until thickened. Taste for seasonings. Remove the strings from the roast, and slice the meat. Serve warm with the sauce spooned over it. 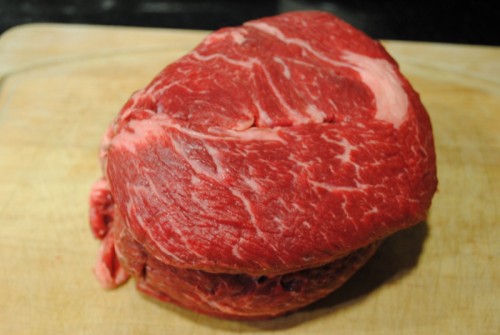 With some salt, pepper and flour, I browned this on all sides. 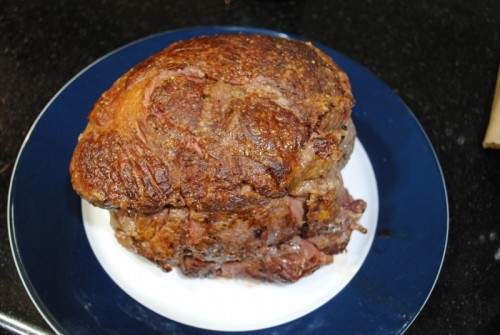 Then I added my aromatics – onions, celery, carrots and leeks. 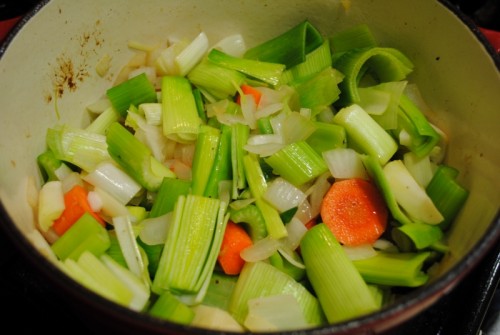 I cooked these down a little bit, then added some red wine, chicken broth and a can of tomatoes. Finally, I put the roast back in for the braise. 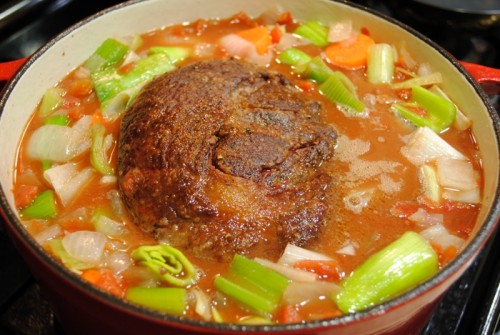 I put this in the oven for about three hours to let the braise do its work. When it came out, I took the meat out to rest, then cut it up into slices. 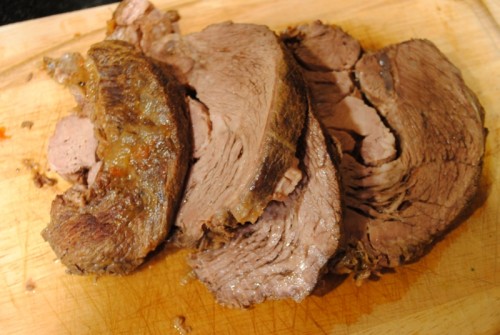 While cutting it up, I could tell it was pretty tender, but not quite “falling apart” tender. I added these slices back into the sauce to warm, and topped with chopped parsley. 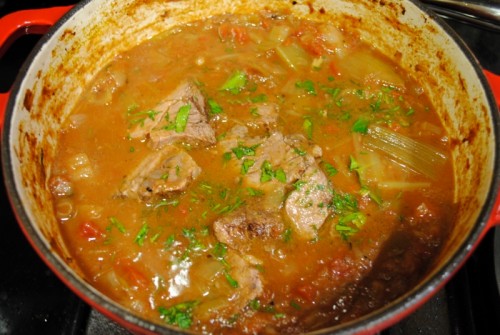 I needed something to serve this with, so I whipped up some yukon gold potatoes into a mash, with fresh chives from the garden. 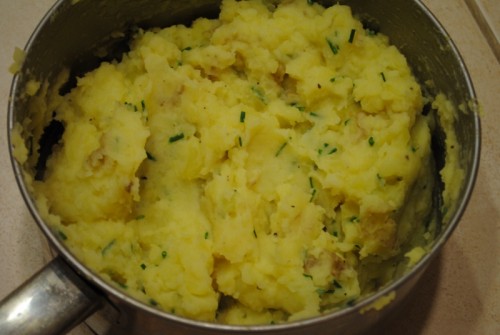 I was ready for plating! 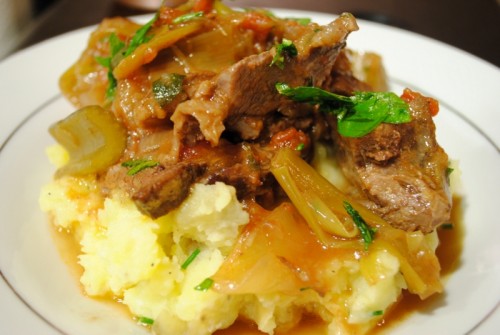 Overall, my dish was a little bit of a disappointment. My mashed potatoes were slightly lumpy, and not on purpose. Some of the larger potato chunks were a little undercooked, so they left some small chunks. The pot roast itself wasn’t quite as tender as I thought it’d be. It was a little dry too. Hmm. I think I may have cooked it a little too long. In addition, my sauce wasn’t really as thick as I would’ve liked – I should’ve added some flour or corn starch to it at the end…unfortunately, I just totally forgot to do this. Overall it was definitely something I’d eat, but my execution was a little off today.