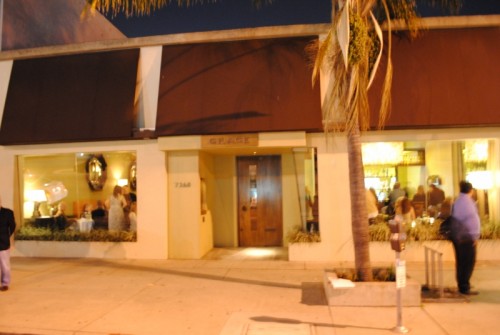 Tonight was Grace’s last night of service in their current location, before moving to a larger space downtown. I was invited by Kevin of kevinEats for their last night, and joined Austin of Living to Eat, Mike of Right Way To Eat, and my friend Diana. Having been established for a number of years, Grace has become a staple in LA’s fine dining scene, winning numerous accolades this year. Chef Neal Fraser was even a challenger on the second season of Iron Chef America (defeating Cat Cora in Battle Pork). My previous three trips to the restaurant, however, have been ‘just okay.’ This last meal would be the best of them all.

We  put ourselves in the chef’s hands and went with the seven course chef’s menu. 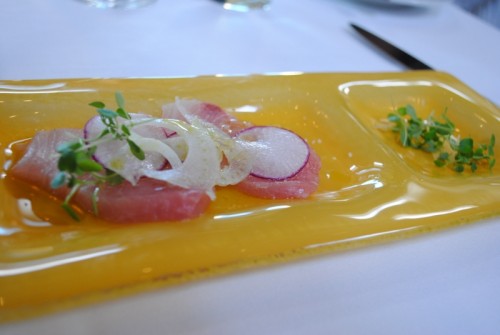 A nice, light dish to start out with here – the hamachi was very tender, and I liked the combination with a little crunch of the radish. I could’ve used a little bit of acidity (a few drops of lemon juice would suffice), but overall this was a good dish. 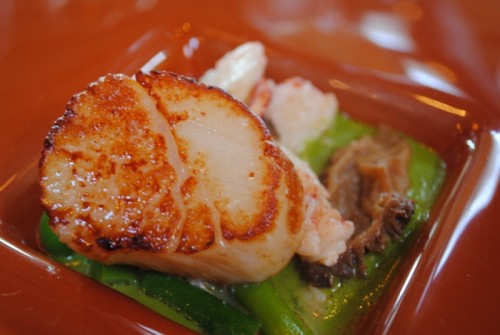 The scallop was perfectly cooked, and equivalent in quality to the one I had at Providence the other day. The English peas provided some nice texture, though I wouldn’t call that preparation a risotto. 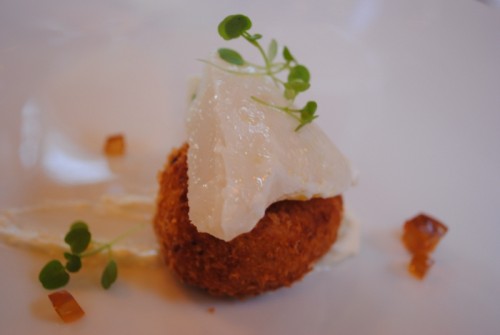 The halibut was cooked well on top, and the brandade provided an extra dimension of fish. The sherry gelee provided nice acidity to balance out the fried brandade. 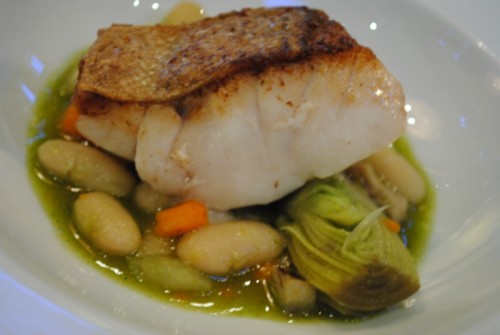 I really enjoy light white fish, seared with a crispy skin. A prime example is the one above. The skin was very crispy, and the flesh really moist. 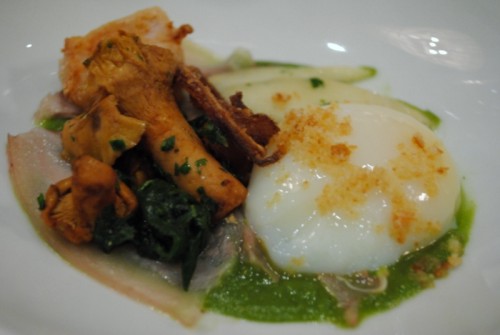 This was an interesting dish, as all of our others featured a fish or meat. Here, the perfectly poached egg was the centerpiece, complemented by onions, asparagus and chanterelles. There was a small piece of pork belly as well, which probably was not even necessary. It was a little bit on the dry side for pork belly, largely due to the uncharacteristic leanness of this pork belly. 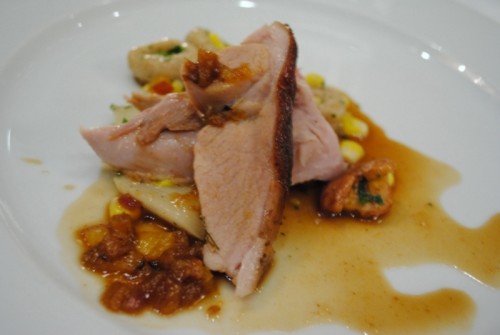 Next up, suckling pig. The meat was mostly cooked well, though it wasn’t tremendously juicy. The corn succotash that came with it added a delicious sweetness.

Next up was a sampling of desserts. Unfortunately, our take-home menu did not clearly detail which of the 5 we got. However, we were able to determine which desserts were which, outside of the donuts. 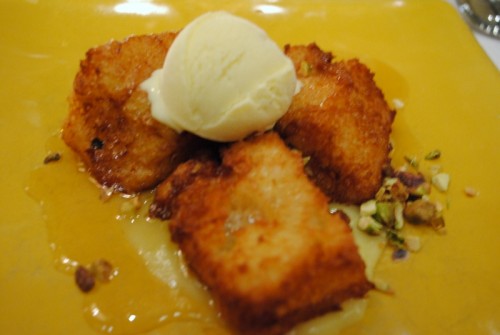 My first bite into this reminded me of something like fried tofu, oddly enough. The texture was rather mushy, with a crispy exterior. The meyer lemon curd was a nice compliment. 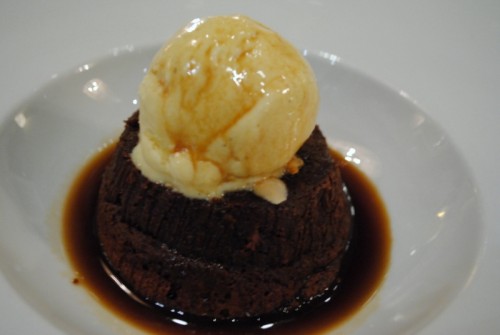 This was probably my favorite – I like chocolate cake and I like affogato…how could it fail? Essentially, this was a good chocolate cake topped with vanilla ice cream, but the espresso syrup added a deep coffee flavor that really worked well.

Next up were two donut dishes paired with ice cream. 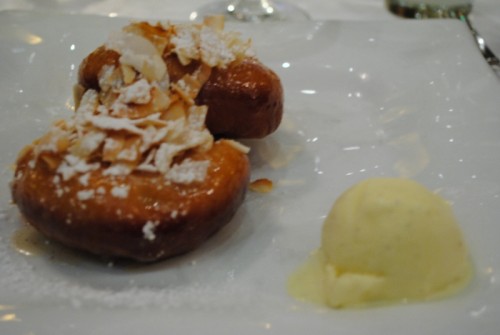 These were both very good, though unfortunately I’m not sure which flavors the donuts or ice cream were in particular. 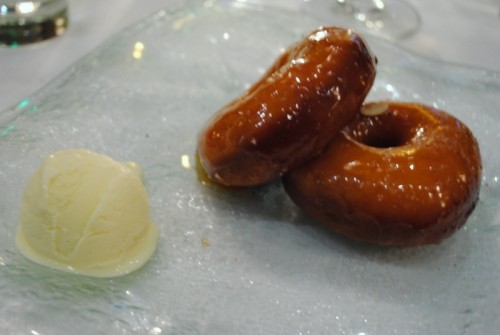 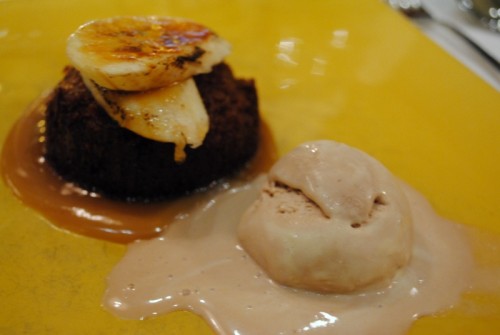 The pudding was rich, and had a deep caramel/toffee flavor. I did not think the bruleed bananas fit in that well, however. They seemed a little out of place.

Given that this was Grace’s last night for a while, tonight’s meal gave diners a reason to come back when they open up their new location. My meal on this day was easily the strongest of the four I’ve had at Grace.