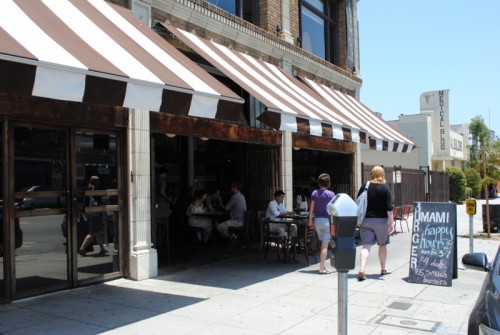 Umami Burger is currently one of the more popular burger chains in LA – founded in 2009, its success has allowed it to quickly expand to four locations already in the LA area (and one more coming to the SF Valley later this year).  Being a fan of a well-made burger, and hey – with a name like Umami Burger – naturally, it was only a matter of time until I paid a visit.

This location offers 9 burgers – we decided to give the signature ‘Umami Burger’ a try, as well as the truffle burger. But first, the sweet potato fries and french fries. 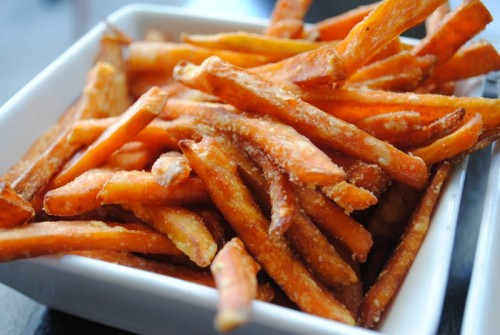 The sweet potato fries were solid – nicely crisp on the outside and sweet and tender on the inside. 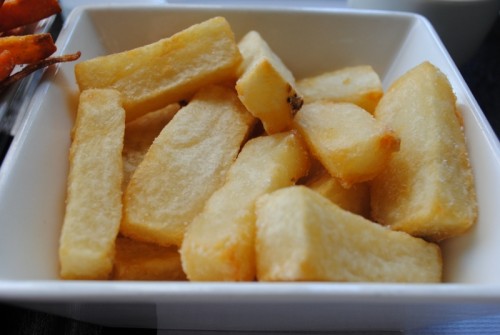 The potato fries were another story. These thick, block-cut fries were lacking crispness on the outside, and were a bit undercooked inside. In addition, they tasted rather plain and undersalted. 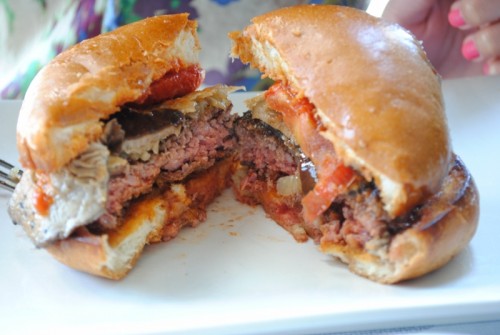 This burger, their signature, was just okay. The meat and bun were both good, though they did not really stand out. I will note that meat was cooked to a very nice medium-rare, however.  This burger is topped with the housemade ketchup, mushroom, and tomatoes – the mushrooms were a bit too much for this burger, as they were overpowering. 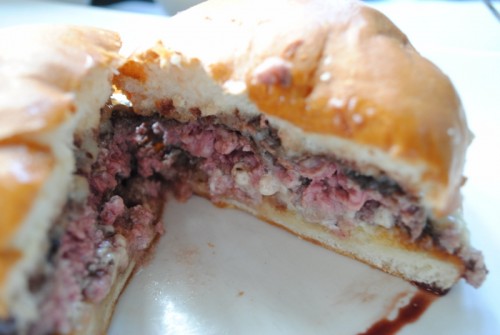 The Truffle Burger, on the other hand, was delicious. Again, the meat is cooked a nice medium rare, and topped simply with a truffle-scented cheese. I really liked the subtle truffle flavor in this burger and gobbled it up pretty quickly.

We saved room for dessert and went to Scoops to fill that void. I’d never been to Scoops before for some reason – with it being one of the more popular ice cream joints in the city, a visit was far overdue. 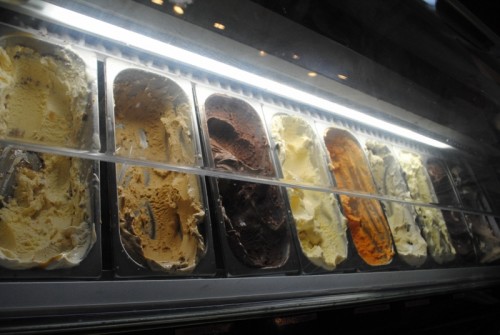 Scoops offers only a few flavors each day, but they’re usually pretty unique. 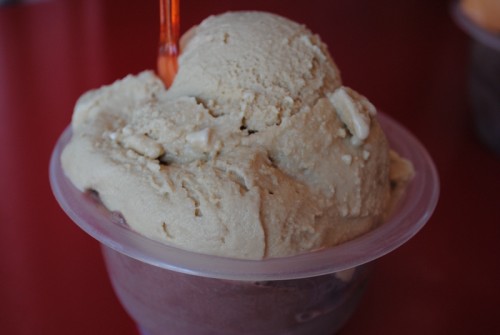 The first one we tried here was the espresso coffee and salty chocolate. Both of these were very rich, with a good, deep flavor. 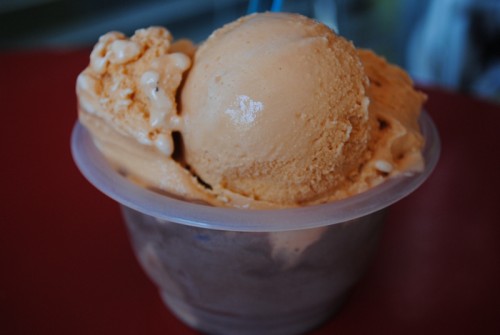 This second one is the coconut Thai iced tea ice cream and chocolate. The Thai iced tea was delicious – refreshing and really reminiscent of the drink. 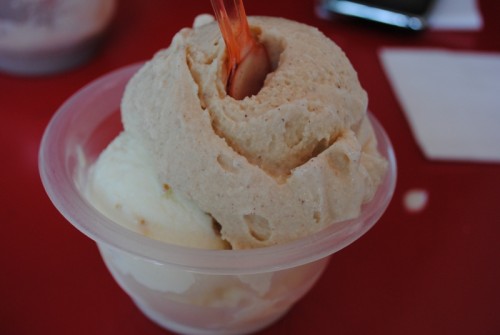 Most of the ice cream came out a bit softer than I would like, so they melted pretty quick too. I’m not sure if it’s always like this, or if the freezer temperature was just not as cold this day.