The Slanted Door was one of my favorite restaurants growing up in San Francisco. It’s been at its current location for a while now, in the Ferry Building Marketplace with great views of the San Francisco Bay. 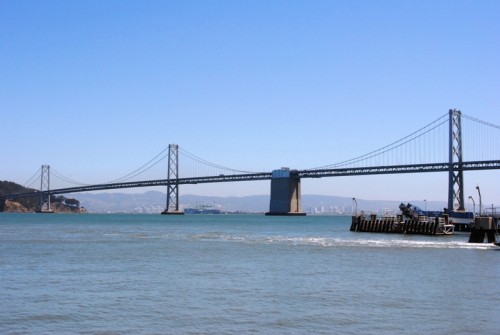 The chef is Charles Phan, who has arguably become the most famous chef of Vietnamese cuisine in the country. Serving upscale Vietnamese food, the restaurant’s been popular ever since it opened in the Mission District in San Francisco in 1995. It continues today as the restaurant was packed for a Monday lunch. 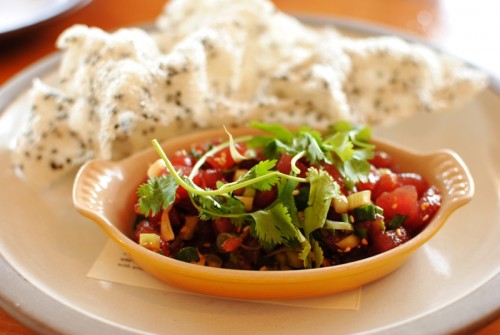 We started with this tuna tartare, which was fairly typical.  I thought the shrimp chips were a nice addition, being the main textural component in this dish. 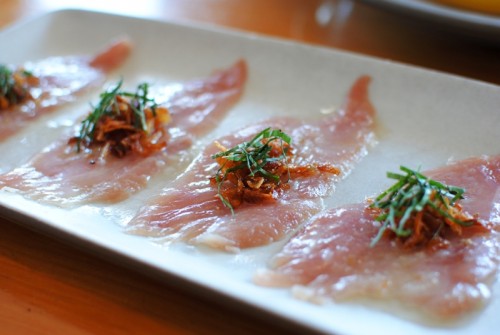 I enjoyed the crispy shallots in this dish, adding a nice crunchy sensation to each bite. The Thai basil brightened up the flavors as well. 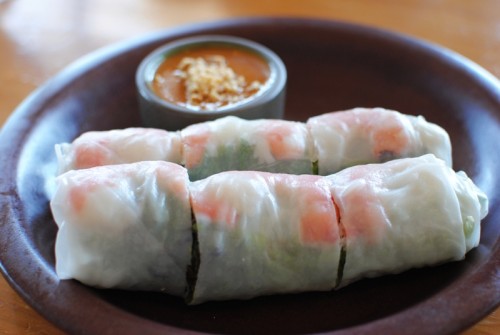 This is a classic dish – solid though nothing special. I would compare them to spring rolls you can get at a good Vietnamese restaurant, but these were rather steep at $9. 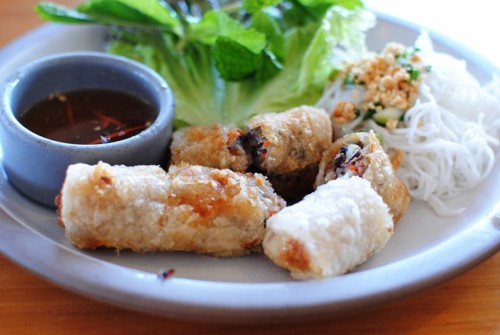 I enjoyed these imperial rolls especially for their delightfully crispy exterior. The pork added a meatier flavor which I always enjoy. 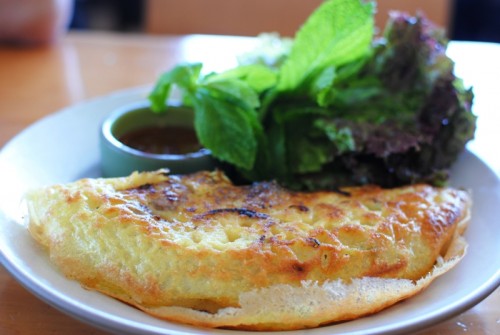 The crepe was thin and very crispy – perfect. Filled with pork and shrimp, I enjoyed this savory crepe. The fish sauce brought it all together. 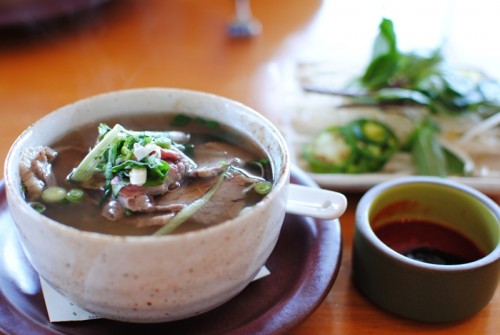 Considering Slanted Door’s prices are rather high, I was surprised to see a bowl of pho for $6. However, it all made sense when the bowl came out, as it was about four inches in diameter. Still, a well made pho with a deeply-flavored soup. 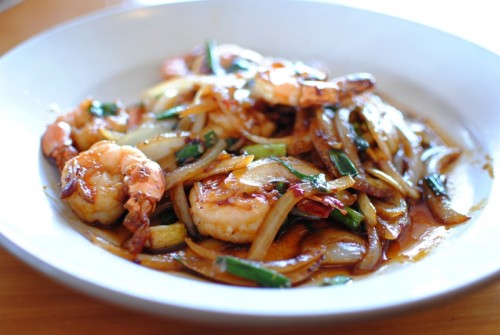 The shrimp were overcooked, making them a little mealy. The flavors were good though, with a sweet soy-based flavor and mild heat from the chili peppers. 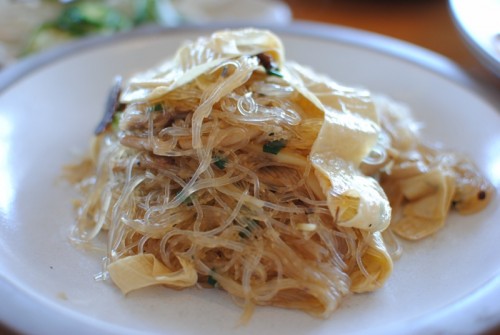 I enjoyed these noodles, served warm. The glass noodles have a nice chewy texture to them. The dried beancurd (yuba) added to the lightness of this dish. 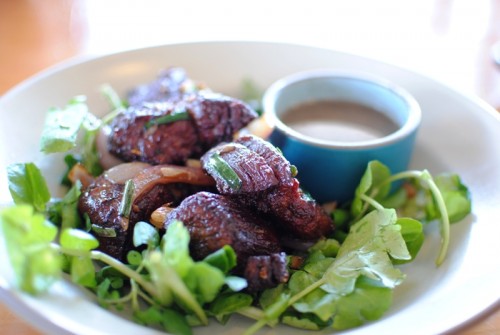 This is one of the restaurant’s most popular dishes. I’ve tried duplicating this at home using one of Phan’s published recipes, to no satisfaction.  I don’t think this was worth $32, as there isn’t really too much meat. The meat was cooked a medium-well, but with a fantastic crust. There wasn’t a ton of flavor in my opinion, though.

My meal at Slanted Door had its up-and-downs. For the most part, I thought the food was good and nothing was ‘bad.’ In time, I will likely return, but I’m not in a hurry. The Ferry Building Marketplace itself has so much to offer, and I plan to explore more of those stalls first.