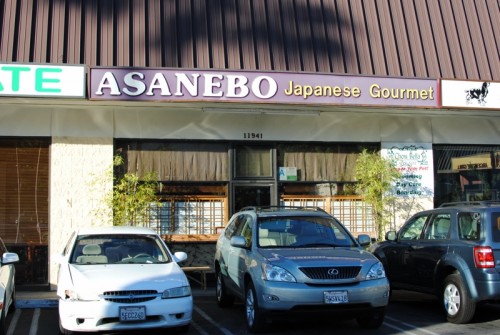 Asanebo would be the last stop of a Japanese-food filled weekend with my dad (see Urasawa and Sushi Zo). Asanebo’s emphasis was more on their appetizer-like small plates, and less on the sushi. Whereas the previous two restaurants had 20+ courses of sushi in their omakase, Asanebo had one course of five pieces. 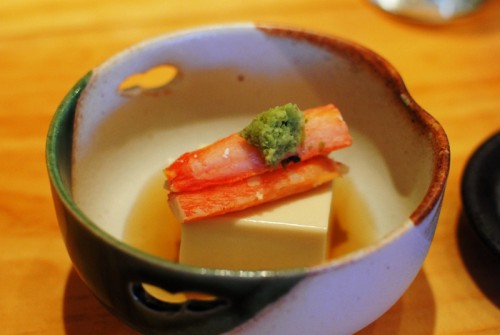 This was the first course. The tofu was very dense, creamy, with a fairly subtle sesame flavor. The crab was good – fresh, and added a nice sweetness to the dish. 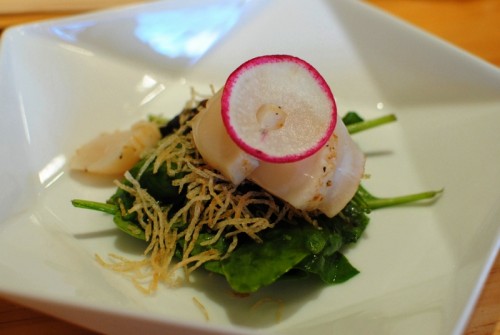 Next up was this salad of baby greens with portobello mushrooms and a sliced, seared scallop atop. The spinach was crisp, the scallop cooked nicely, and the shreds of deep fried gyoza wrappers really added a nice crunch to each mouthful. 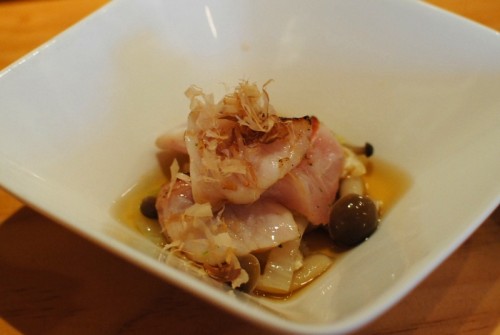 The snapper was lightly smoked, imparting just a hint of smokiness in the fish, which I enjoyed. Shimeji mushrooms and a dashi broth rounded out the dish, adding a nice savory flavor to it. 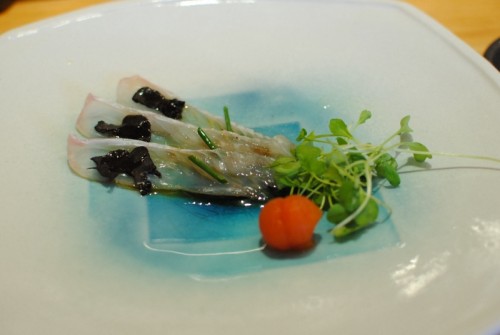 I’ve never had truffles with fish before. Would the earthy, truffle flavor be too overwhelming? The chefs at Asanebo know better than that – the answer is ‘no.’  The flavors worked very well together in an interesting combination of the earthy truffle and the lighter, delicate seafood. 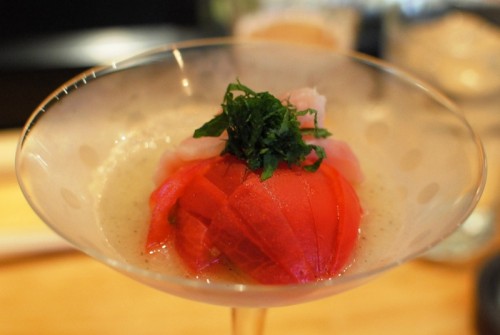 This would be my second foray into these tomatoes, after my trip to Totoraku. The chef tending to us at Asanebo, as well as Hiro Urasawa, both agreed that this is the best kind of tomato available in the US (they also agreed that there are tomatoes in Japan that are vastly superior). These tomatoes are very sweet, and the savory albacore fits in well in tandem. The grapeseed oil was nice, and brought some nice flavor without being overly acidic. 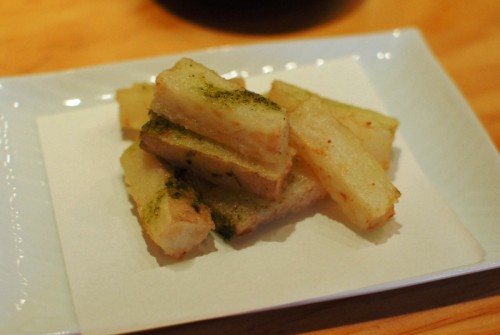 This was an interesting next dish, pretty similar to french fries. These potatoes were far more starchy and had a very creamy interior, which I thought was pretty interesting. I couldn’t taste any of the green tea flavor though. 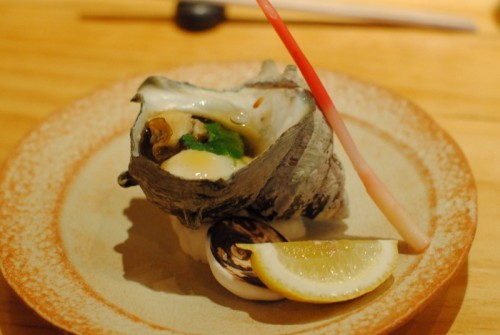 The presentation on this dish was lovely. Clams, shitake mushrooms, seaweed and a quail egg were put into this shell with a broth. For me, the broth was the best part, taking on the flavors of all of the components of the dish. 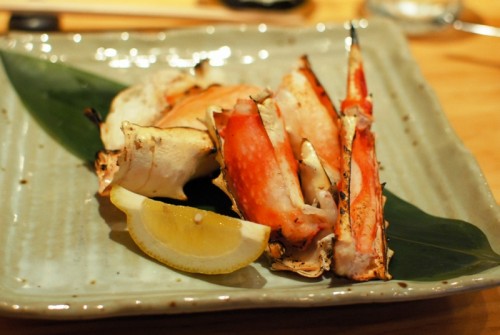 We were served a generous portion of king crab legs next, grilled and cracked for easy eating. I found the crab to be fairly waterlogged and it did not have much texture, which was disappointing. As a result, a lot of the sweetness and flavor was drowned out. 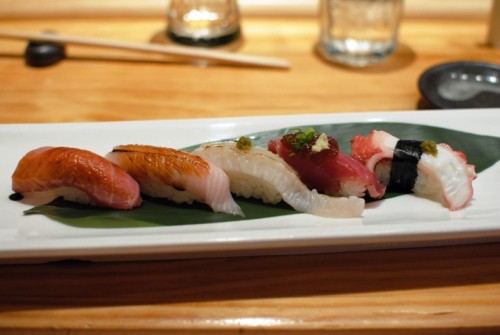 The last savory course was this selection of sushi. The toro was very good, as were the yellowtail belly, halibut fin and bonito. However, something (I think it was a yuzu kosho) on top of the octopus was far too spicy – easily overpowering the fish and anything else for 5 minutes. 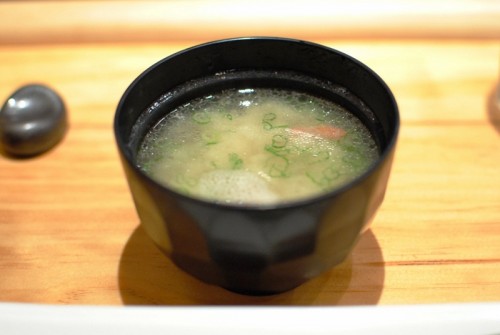 The sushi came with this miso soup, filled with pieces of collar from a snapper. This soup was very nice, with the fish adding a little bit extra flavor. 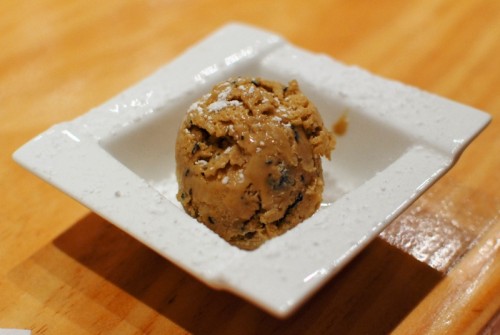 The omakase does not come with dessert – we were presented with the menu and had to try this – black truffle and chocolate ice cream! The combination was pretty interesting – both flavors were distinct on their own, and created a tasty concoction together.

Asanebo’s strength definitely lied in the small plates, though the sushi was quite good (except for that octopus). Having dined at Urasawa the previous night, we were a little apprehensive of how the restaurant would hold up. Though there was a disappointment in the king crab, Asanebo held up pretty well. However, I would probably want to try some of the other Japanese stops in Studio City before returning here.