Test Kitchen continues its ever-popular run, this time with chef Adam Horton of Saddle Peak Lodge in Calabasas. Saddle Peak Lodge uniquely features a variety of wild game in a fine dining setting, including elk and ostrich on its menu. Just 27-years old, Horton is doing his best to modernize the rather ‘traditional’ menu at Saddle Peak. This meal, titled “The Modern Face of Saddle Peak Traditions,” would be a better view into Horton’s vision, and a place for him to showcase what he can do. I’m glad that the Test Kitchen has given him (and others) the forum in which to try new things, and stretch their imaginations.

Dining in this party this night were Test Kitchen staple Kevin of kevinEats, Christina of food, je t’aime, and my friend Shawn. Tonight, no ‘bar bites’ were featured, so we went straight into the first course. 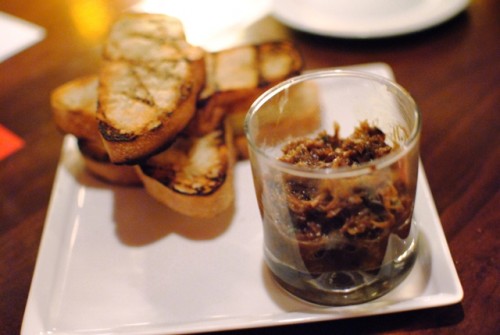 This was my kind of “spread,” as it was basically shredded boar meat. Tender, rich and savory, I enjoyed this pairing of boar with the crusty toast.

Heirloom tomato, buffalo and its cheese 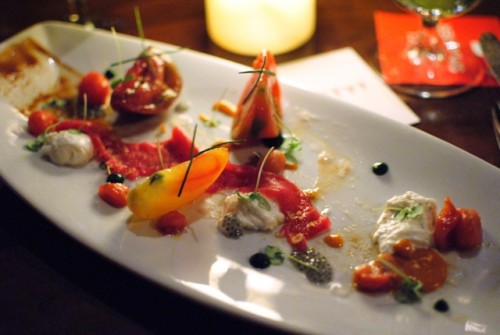 Here is Horton’s rendition of a caprese…with a little bit extra – the buffalo mozzarella was paired with actual buffalo meat (sounds like a logical progression, no?). The caprese was a solid rendition, and I enjoyed the addition of the buffalo meat carpaccio, which added to the richness of the dish, and added a little more complexity and depth of flavor. 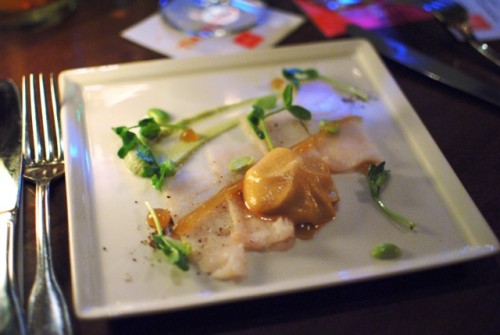 I enjoyed this dish – the escolar’s flavors, though rather mild, were not overwhelmed by the horseradish. I was missing some of the flavors of pho, however, and this was something I was looking forward to, being an avid fan of the noodle soup. 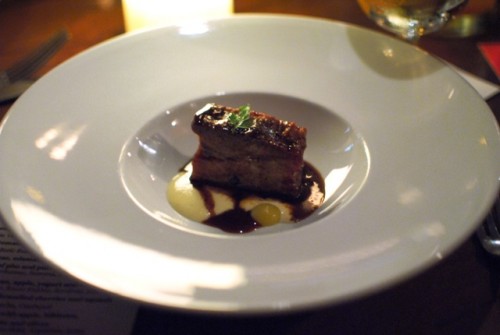 This was probably my favorite dish of the night. The pork’s skin was very nice and crispy. The meat, while rather fatty, was very tender and flavorful. I was able to pick out the curry-like flavor of the vadouvan, and the sweetness of the apple was a welcome addition. 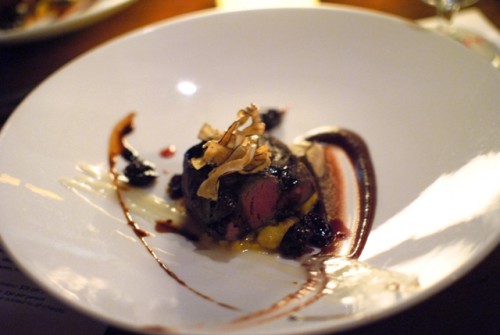 Next we had New Zealand elk. The tenderloin was tender, though not quite tender enough to easily cut with a butter knife. Surprisingly, it wasn’t too gamey at all. The sweetness from the squash, and especially from the cherries, was a bit too much though, and overshadowed the elk. 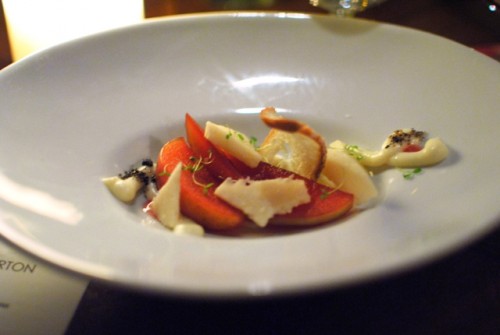 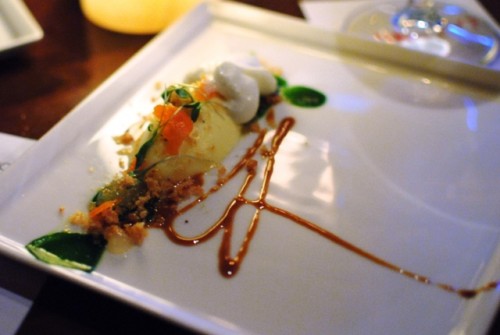 The description of this course SO does not sound like your typical dessert. Coming out of left field, it sounds more like a popular entree at your neighborhood Thai restaurant. I thoroughly enjoyed the lemongrass custard, with the complementary flavors of the cilantro and lime foam.  The kicker was the small pieces of chicken skin, reminiscent of bacon bits, which added some chicken flavor and crunchy texture to the dish. Really interesting, and I think it worked!

This was another satisfying meal at the Test Kitchen. There were no complete misses, though I had my disagreements, particularly with the elk. I was glad to see Chef Horton’s take on some more ‘modern’ dishes, while maintaining some of the traditions of Saddle Peak. 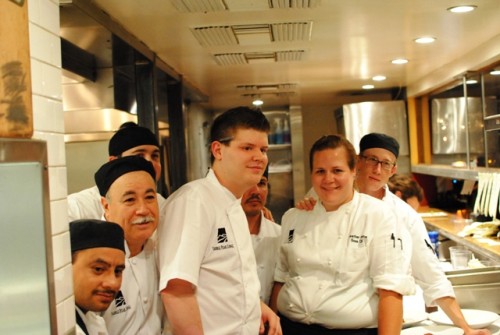