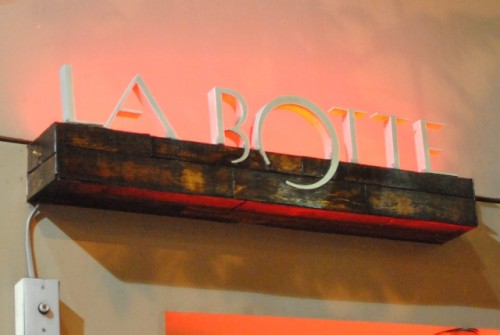 I first went to La Botte during the last DineLA “season” and I really enjoyed the meal. La Botte is one of the few Michelin-starred restaurants that participates in this promotion (Spago and Ortolan also come to mind), giving just one more reason to go (though, lately, I’ve been less and less enthused about what Michelin has said about the LA dining scene). While I think the tasting menu is often the best way to go when trying a restaurant of this caliber, I don’t think the DineLA menu takes too much away as long as the menu offers some attractive items. Thus, I found myself back here during this DineLA tenure, and I was glad I came. 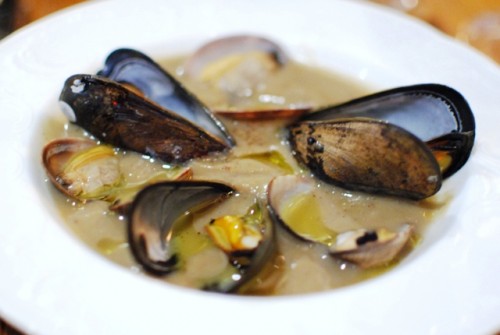 This was a pretty interesting dish, and wasn’t quite exactly what I thought it would be. I was expecting the seafood in some type of lighter broth, but this was actually in a soupy pureed eggplant. It had an earthy and herbal flavor, but I thought it was too muddled. The seafood was a little overcooked as well. 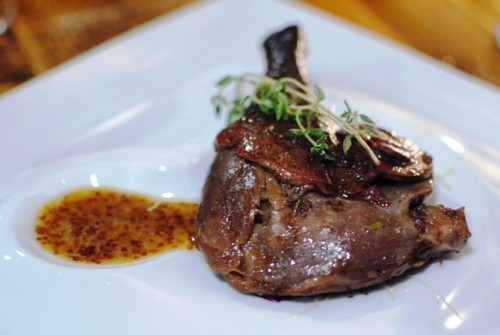 This was a pretty good dish, and a sizable portion of duck, considering it’s an appetizer. It was lukewarm (not sure this was on purpose or not), though exuded a nice smokey flavor. The meat was pretty tender too. 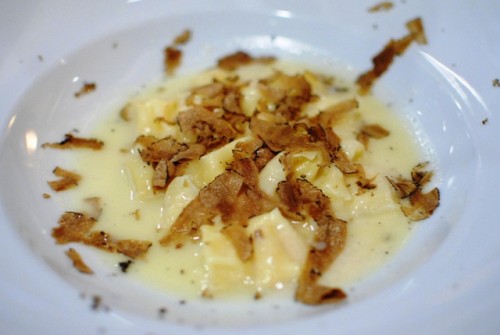 This was a great dish. The ravioli were perfectly al dente, with a nice creamy filling of fontina cheese. The shaved black truffles on top added the characteristic earthy flavor, which worked well with the pasta. 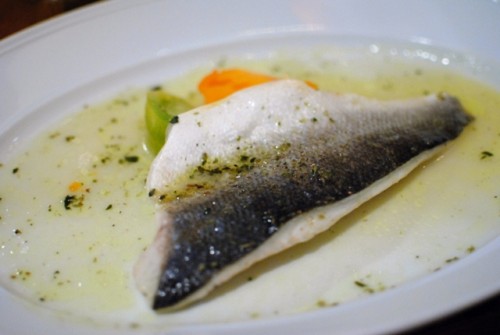 My last trip to La Botte was memorable for having one of the best Branzino’s I’ve had. I can’t quite say the same about this one, but it was very good. The fish was very moist with a little bit of this very bright and vibrant oregano. The heirloom tomatoes were also wonderful. 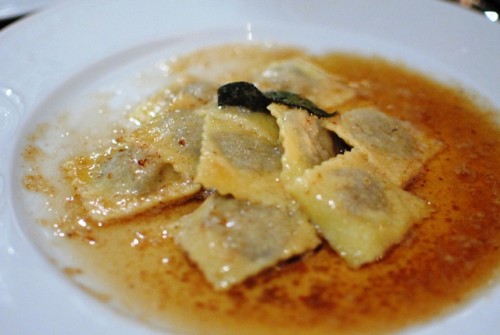 This was not part of the DineLA menu, but we ordered this extra entree to try. According to the menu, it was made with braised filet mignon. That makes absolutely no sense to me as I don’t know why you’d ever braise that cut. Whatever meat was inside the ravioli was rather plain, though the pasta itself was quite nice. The browned butter sauce was a nice accompaniment. 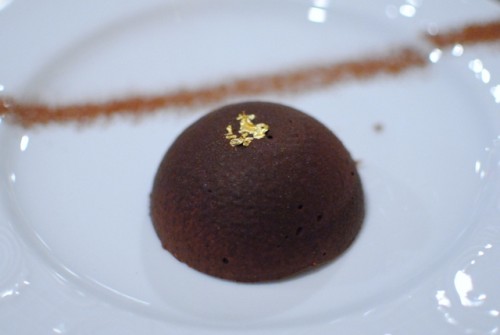 This was a rich, chocolate dessert with bits of hazelnut inside. It was kind of like a hard mousse in consistency, and had a nice chocolate-hazelnut flavor..a classic combination.

This was wonderful. Not too sweet, and with a strong vanilla bean flavor, this smooth panna cotta hit the spot. The rosemary cookies didn’t really have a noticeable rosemary flavor though, and were a bit soggy. However, that didn’t overshadow the panna cotta, which was really delicious.

I enjoyed this meal. There wasn’t anything terribly exciting, per se, but the food was tasty and well executed…save for the first dish. My experience has piqued my interest in a return trip to try the tasting menu.