Alain Giraud has been around the LA dining scene for a while, most notably cooking at Citrus in the early ’90s and being the opening chef of Bastide in 2002; both of these were critically acclaimed. He left Bastide just as I had moved to LA, so I didn’t have a chance to sample his food then. His latest venture, Anisette Brasserie, closed just two months ago…before I could try it. However, his stint at Test Kitchen (to test out dishes for new concept, Maison Giraud) was the perfect opportunity for me to try some of his cooking. 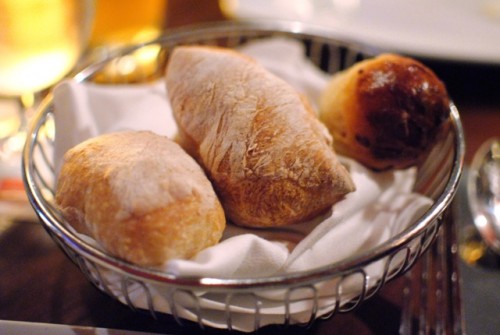 The baguette was solid, but I especially enjoyed the brioche for its light and fluffy interior. There was a slightly cheesy flavor as well, reminiscent of a gougere…or a cheez-it. 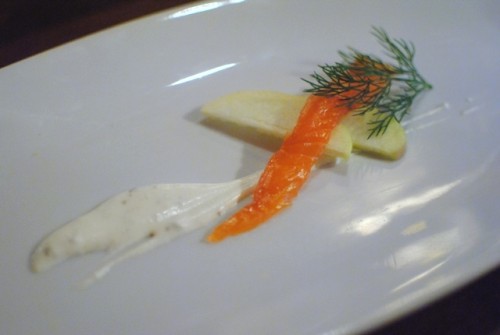 The amuse bouche was this salmon accompanied with apples, dill and a fennel cream. I thought the flavor of the salmon was very mild, but enjoyed the crisp sweetness of the apples. 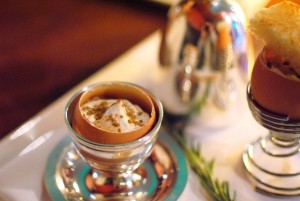 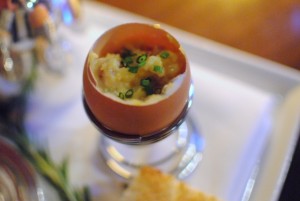 Next was a duo of egg preparations. Left we had “town,” which was a rich egg custard topped with porcini mushroom powder. I enjoyed the subtle porcini flavor, but wanted something more. The “country” provided that extra flavor as egg with bacon and chives – delish! 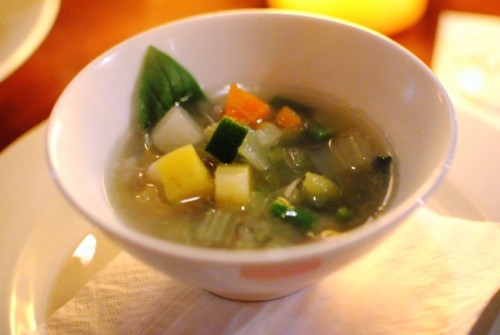 Fresh farmers market vegetables were brought together to make this soup. The vegetables were tender, and each was distinguishable on its own. The pistou, very close to a pesto, added basil, almond and garlic flavors to the soup. This would be really nice on a cold day – ironically, it was probably around 95 degrees in LA on this day. 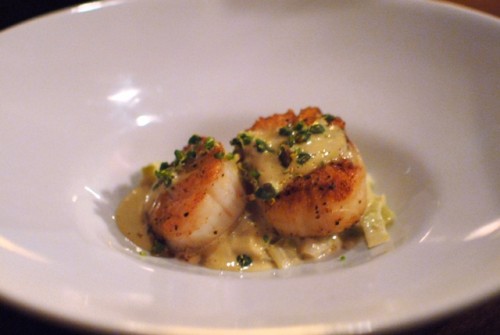 I really enjoyed this dish. The scallops had a great crusty sear with a moist interior. The accompanying leeks added a nice sweetness, and the butter-based sauce added a creaminess that brought everything together. 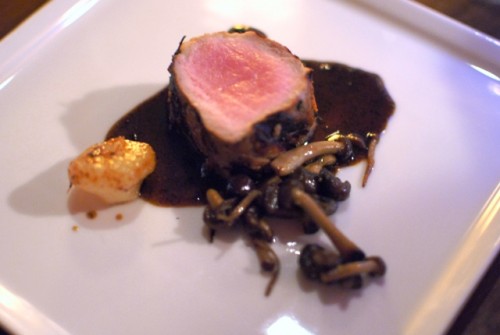 This veal was very tender, though not too flavorful on its own. The black truffle sauce elevated this dish, adding a richness and depth of flavor. The mushrooms (bluefoot, nameko, and one other) were really earthy and had an interesting taste to them. 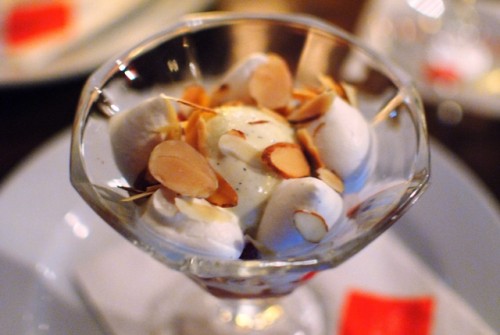 Lastly we had this dessert with strawberries topped with ice cream and a vanilla cream. The combination of the sweet strawberries and vanilla cream (kind of similar to a Cool Whip) was very nice, and the sliced almonds added some bite. 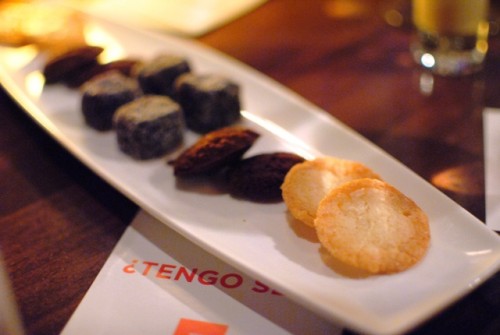 We were presented with a plate of mignardises which included almond cookies, chocolate madeleines, and cassis jellies. My favorite of these was probably the madeleine, with its soft texture and good chocolate flavor.

As expected, Chef Giraud presented us with a very good meal. This was easily one of my favorite meals at Test Kitchen, and it’s easy to see why Giraud has been a part of the LA dining scene for so long.