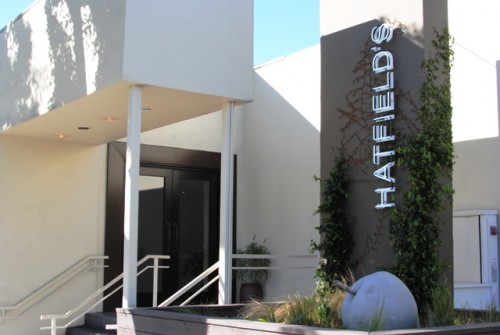 Hatfield’s was one of the longest tenured restaurants on my mental list of restaurants to go to in 2010. Others with an extended stay on that list were The Dining Room at the Langham, Animal, and Petrossian – all of which I had an opportunity to try before Hatfield’s. On this day though, a holiday was the perfect excuse to come try Hatfield’s; hopefully this was just a preview of a dinner visit in the near future.

I’m not a complete stranger to the restaurant – I had dinner once before at their old location, where the restaurant earned a Michelin star. This new space is very different – much larger, and with an open kitchen. However, the food remains a strong constant. 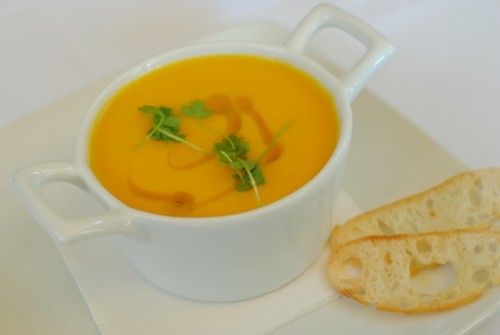 “Piping hot” was not a misnomer, I almost burned my mouth on the first sip. Once it cooled down a bit, I was able to taste its mild sweetness and good butternut squash flavor. Not too sweet, not too thick…just right. 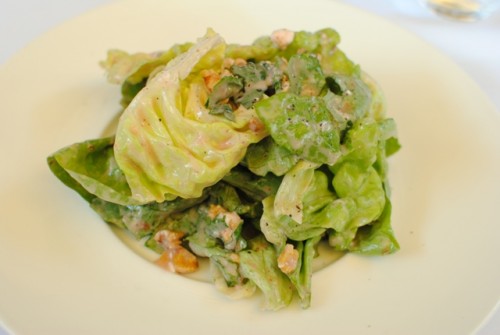 I’m not a huge salad person so I didn’t try this, but I heard it was good. 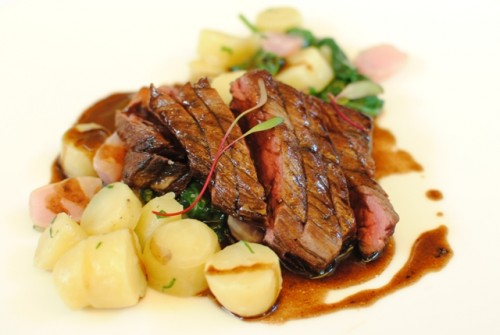 Nom nom nom. Flank steak is a relatively underrated cut of meat in my opinion. It was cooked to medium rare perfection here. The potatoes were soft and tender, and I liked the leafy spinach for its lighter flavor. Finally, the jus really brought everything together. 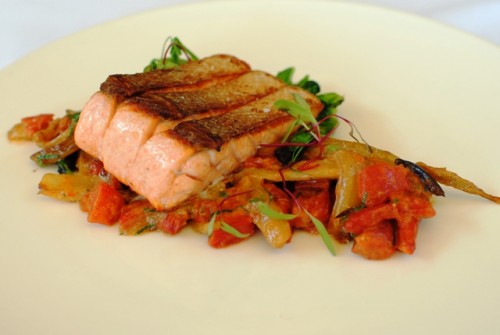 This was one of the best salmon preparations I’ve had in recent memory. So moist. Flavorful. Crispy skin. 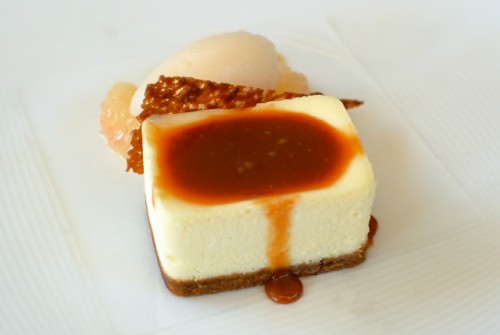 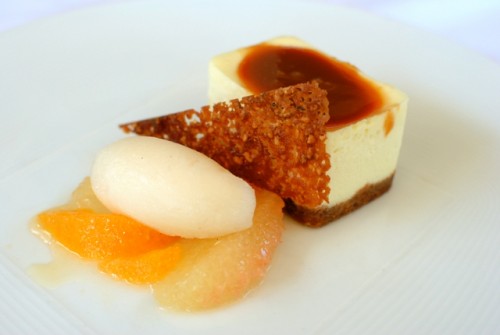 This appeared to be a relatively straightforward cheesecake. It was made of goat cheese though, which isn’t so typical. Loved the hazelnut shortbread crust and the rich caramel topping. The tart grapefruit sorbet and slices of citrus were perfect for cutting through the richness and sweetness of the cheesecake and caramel. 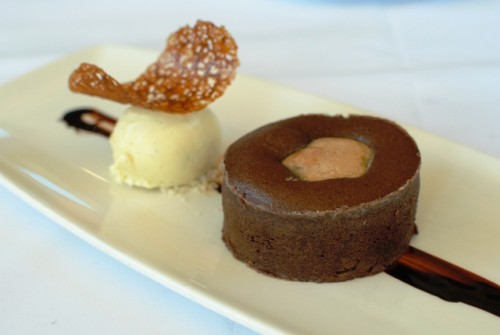 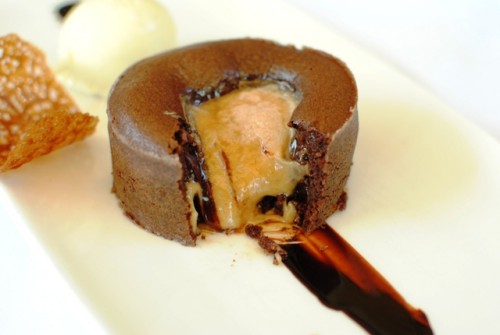 Wow. I loved this dessert! This was a well executed chocolate cake with a molten center of, not chocolate, but peanut butter! Very warm and oozing chocolate and peanut butter, the flavors were great together. The vanilla ice cream was the perfect accompaniment since I love both the hot/cold and vanilla/chocolate combinations.

Hatfield’s was even better than I expected. The meal was delicious from start to end…especially the chocolate-peanut butter cake, which was probably my favorite dish of the night. And best yet, lunch at Hatfield’s is pretty reasonable: two three-course pre-fixe menus are offered daily, one at $19 and one at $29. Not too shabby at all.  I wouldn’t mind coming again for lunch, and I still hope to make a return trip for dinner soon!