While just under a year old, Frances has already received so much attention and critical acclaim that it can’t be ignored. Bon Appetit, Esquire and Forbes have all named it one of the best new restaurants in America in 2010, while the James Beard foundation named it a finalist for Best New Restaurant. Restaurant critic Michael Bauer had another rave review, awarding it 3 stars; to cap it off, Frances received one star in the 2011 Michelin Guide.

Chef Melissa Perello’s background is fine dining (Aqua, Charles Nob Hill, Fifth Floor); but Frances is something different. Inspired by and named after her grandmother, Perello’s Frances uses her formal training to prepare California cuisine in a comfortable, casual setting.

Some persistent OpenTable stalking yielded an available reservation, and I quickly snatched it up. 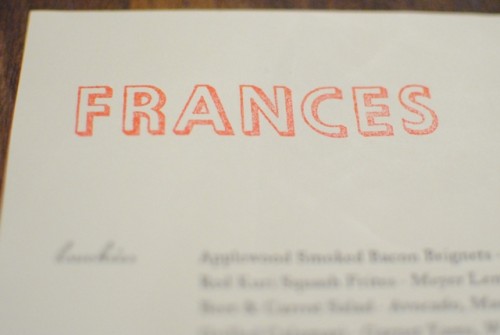 We started off with this amuse bouche of sorts. 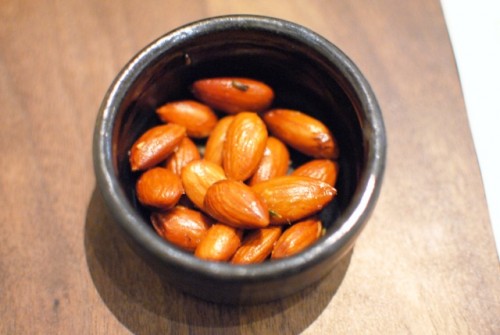 I found these to taste like regular almonds, with no trace of rosemary or lavender. Odd. I thought it was just me until my dining companion agreed too. 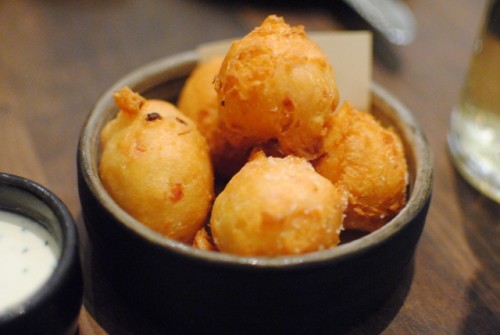 Warm and fluffy, these beignets had a strong, but not overwhelming, bacon flavor. They were a little denser than I had expected, but were still good. 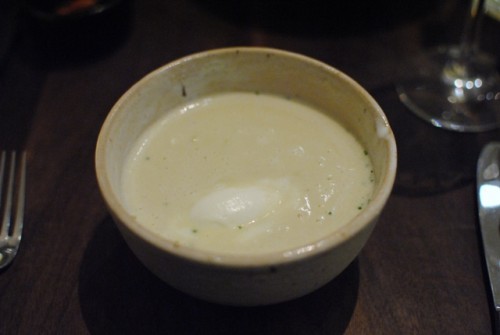 There weren’t any chunks of oyster in this soup, but the flavor was evident. Light and creamy, the soup had a deep “sea” flavor, with some sweetness from the leeks and a little tartness from the creme fraiche. Very enjoyable, especially on a very cold night. 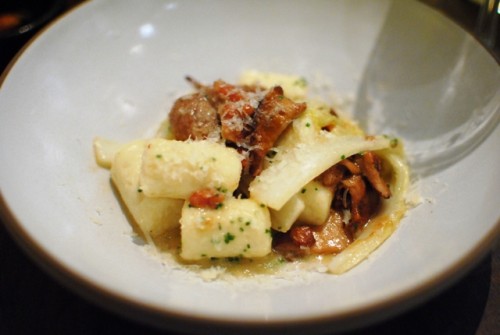 The gnocchi were pretty dense, though very soft. The chanterelles were fantastic and, in tandem with the pancetta, added the bulk of the flavor to this dish. 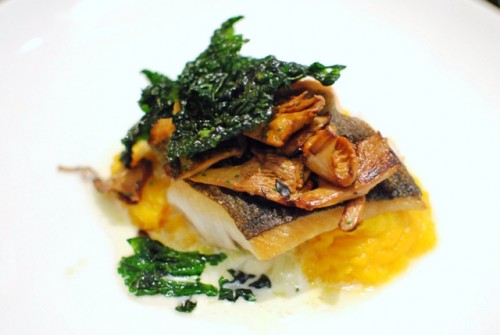 The fish was very moist, flaky, and had good flavor. I liked the creamy squash, as well as the return of the wonderful chanterelles. 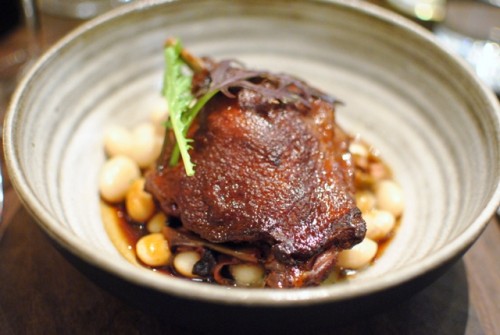 This duck was very tender with a crispy skin. The meat was moist and flavorful, and I thought the creamy butter beans worked really well alongside. The rich and deeply flavored jus really brought everything together quite nicely. 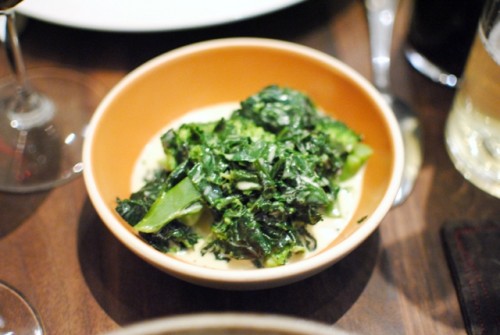 I was pleased to find that these vegetables weren’t soaking in a thick and heavy cream sauce; instead the cream was quite light and did not overpower these delicate greens. 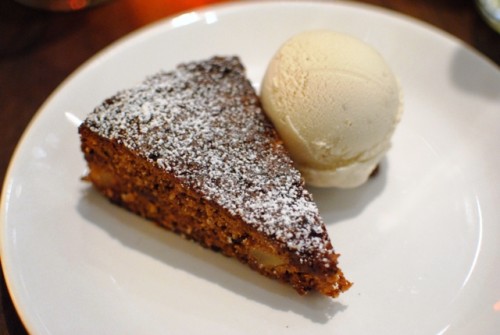 I’m not really even sure what was in this cake, other than the bits of pears and dates. It looked rather plain, but was surprisingly moist and sweet. The maple-walnut ice cream (from Humphry Slocombe) was delicious. 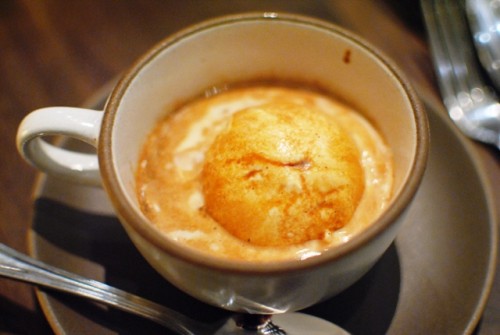 This affogato was an amalgamation of two of San Francisco’s more notable gourmet purveyors: Humphry Slocome (for the ice cream) and Blue Bottle Coffee (for the espresso). I enjoy myself an affogato – add a little liqueur, and you’ve got something pretty special.

Frances was a very good meal, though I found it a little underwhelming. Granted, given all the critical acclaim, I had very high expectations coming in. While I thought the food was definitely strong, it didn’t really stand out in any way. The entrees (the cod and duck) were probably the highlights for me, as both were perfectly cooked with spot-on flavors.