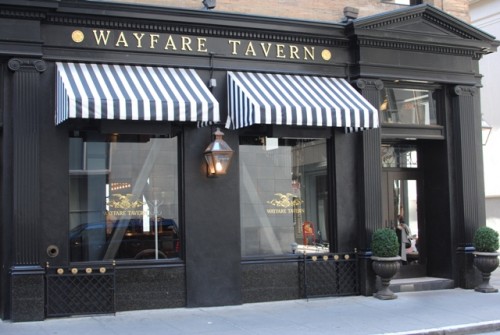 Wayfare Tavern is Food Network star Tyler Florence’s first restaurant – opened in June. Florence has been on Food Network for a while, and the only restaurant I remember him being associated with is Applebee’s. Honestly, that didn’t inspire too much confidence. I do enjoy the show Tyler’s Ultimate on occasion, so I was interested in trying this place out. That, and I’ve generally read pretty strong reviews of the place.

My mother and I came in for a weekday lunch stop. We were first served these popovers. Light and airy, with a crispy exterior, they had a subtle cheese flavor. Quite nice. 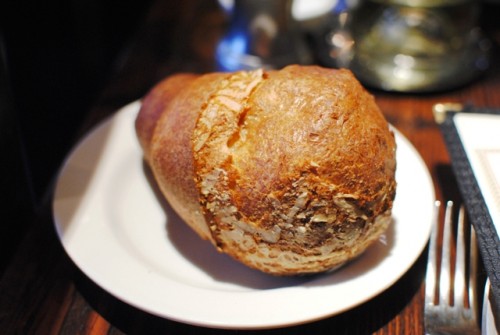 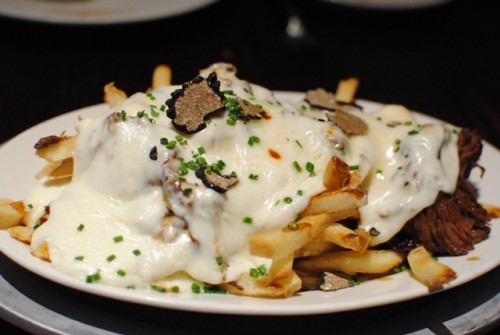 We started off with the poutine – always a heavy appetizer. The fries were nice and crispy, but I thought there wasn’t enough meat. There was one large chunk, and smaller pieces spread throughout, but I felt most of my bites were just the fries and cheese. I liked the addition of the black truffles, though scant. When I could get a bite of fries, meat, cheese and truffles altogether – this was really good. 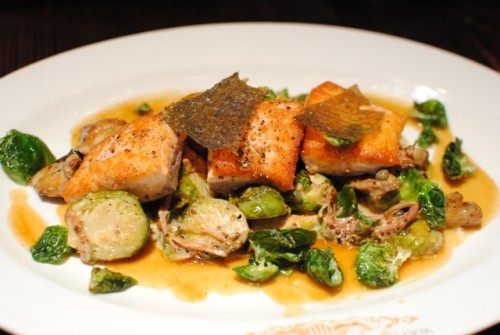 I thought it was interesting that they cut this into small chunks before cooking it instead of serving a larger fillet. It was nicely cooked and the addition of the chanterelles was a key component, adding an extra earthy flavor. I liked that the skin was crisped up into something like a chip! The brussels sprouts were tasty – tender and well-seasoned. 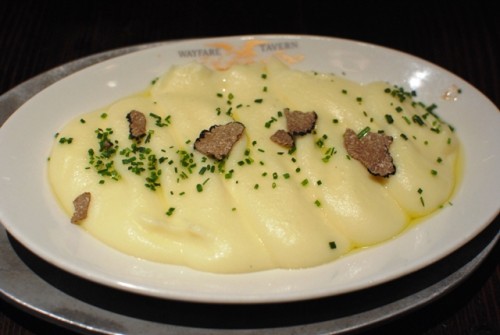 We ordered this one side. The potatoes were very smooth and creamy – nothing exceptional, just a good plate of mashed potatoes. Similar to the poutine, the truffles were primarily an aesthetic feature; there weren’t a lot and their flavors were not really evident in this dish. 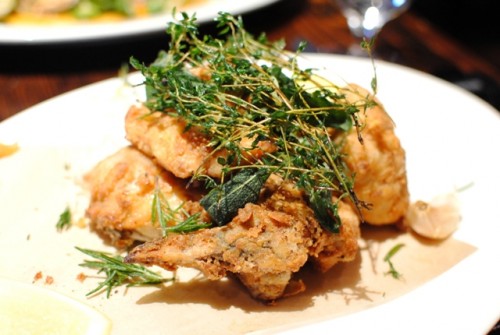 This has to be Wayfare Tavern’s most popular dish. It’s a generous portion of a half-chicken cut up. I thought it was pretty good – the batter was crispy on the outside, and the chicken was pretty moist. However, the white meat wasn’t too juicy, but I wouldn’t call it dry. Not exactly memorable, but good.

In all, I would say my meal at Wayfare Tavern was solid. Nothing was particularly memorable, but everything tasted good and there weren’t any real disappointments. This is just the first of Florence’s planned restaurant openings (Rotisserie & Wine has already opened in Napa) as he builds up his presence in the NorCal area. It’ll be interesting to see what else he comes up with.