Executive Chef Ricardo Zarate has been one of LA’s rising star chefs in 2010, most notably for frequently being in the kitchen at the recently-closed Test Kitchen. Zarate has developed quite a following and now has a couple of restaurants in the works; however, Mo-Chica’s humble Peruvian fare is what first caught the public’s eye.

I’ve been to Mo-Chica a couple of times before, but a BlackboardEats promotion lured me in for another visit. The restaurant’s prices are very reasonable to begin with (entrees are around $10-12); with the 30%-off promotion it was a fantastic deal. 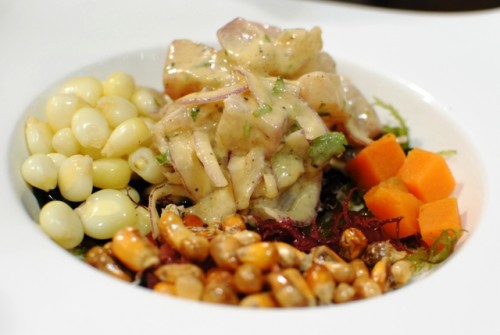 Mo-Chica has one of the most raved-about ceviches in the city and it’s easy to see why. The sea bass was really tender and meaty, and it was bathed in vibrant, fresh citrus flavors. The popped corn (like corn nuts) was an excellent accompaniment, adding some welcome texture to the dish. 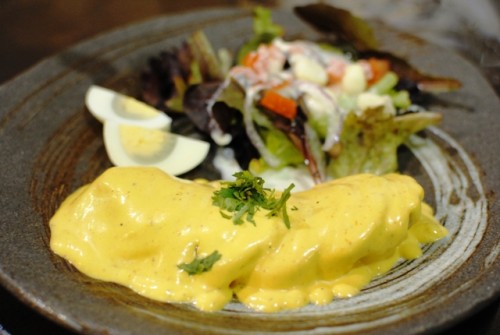 This is a sort of Peruvian potato salad. I’m really not a fan of potato salad, so this wasn’t my favorite dish. The potatoes were tender, but I felt the huancaina sauce was rather rich and overwhelming. 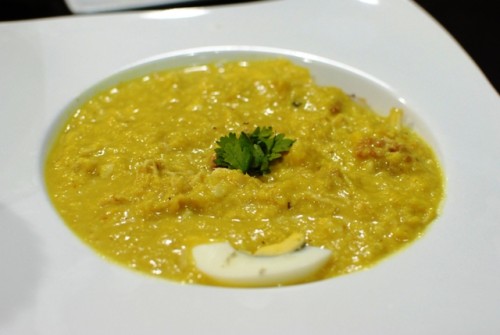 I hadn’t ordered this dish on previous visits, but I recently saw Giada De Laurentiis talk about it on The Best Thing I Ever Ate. I figured I might as well give it a shot. This dish is similar to a sort of chicken a la king, though this sauce is thickened with bread. I didn’t really care for this dish – I don’t really like my meat in thick sauces. I liked the walnuts for the textural element, but I just found the sauce to be rather rich without a ton of flavor. I don’t think this was necessarily a poor rendition of this dish; moreso that it’s not within my personal preference. 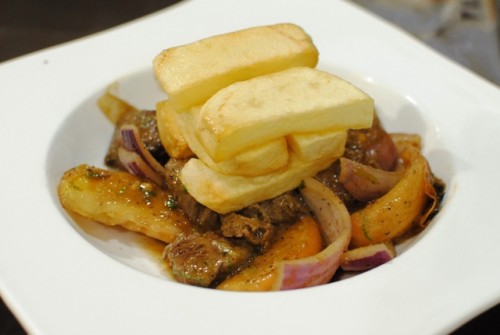 Mo-Chica has one of the stronger renditions of this dish that I’ve had. The beef was extremely tender, and the onions, tomatoes and salsa added a lot of flavor. It was very balanced – often I find the onions or sauce to overwhelm the tenderloin, which isn’t the most flavorful cut. The fries were a little limp for me though – I would’ve preferred them to be crispier. 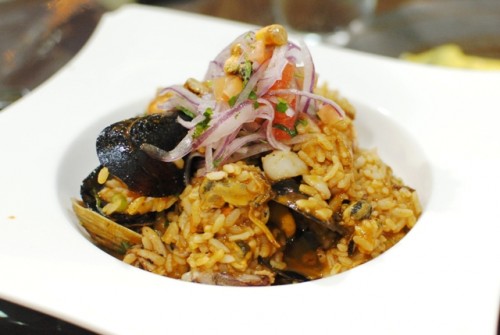 I really love one-pot rice dishes where the rice cooks with the meat and seasonings (think paella or jambalaya). This was no exception, as the rice had a great flavor with a little bit of heat. Unfortunately, I found most of the seafood to be overcooked. 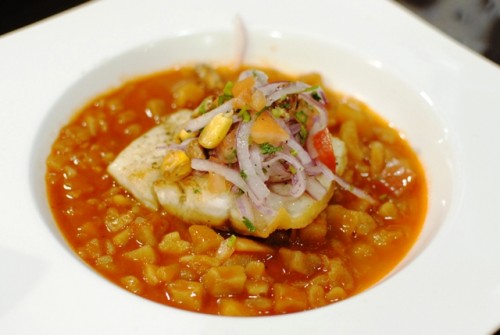 This was the daily special. The sea bass was prepared perfectly – moist with a crispy skin, and I thought the potatoes, in a tomato-based gravy, were a nice accompaniment.

This was a meal of up-and-downs. I think a couple of dishes were outside of my comfort zone a bit, but there were also a couple of missteps (limp fries and overcooked seafood). My past meals here have been stronger efforts, and the dishes I’ve had from Zarate at Test Kitchen have been superb. This leads me to wonder if maybe the Mo-Chica kitchen has suffered a little while Zarate is pursuing other opportunities.

Mo-Chica will be moving downtown in the new year. I hope this will revitalize the restaurant as it could easily become a fixture in my downtown lunch rotation (not to mention be a legitimate dinner option).