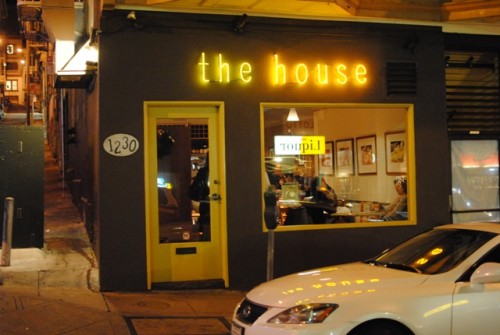 The House has been around for almost 20 years and had been serving Asian fusion even before it became cool to do it. Quite fittingly, its location straddles the border of San Francisco’s Chinatown and North Beach (Little Italy) neighborhoods.

It’s one of the top restaurants on Yelp in the city, garnering 4.5 stars overall on over 1,500 reviews (any restaurant with that pedigree would be a must-try in my book). I’ve been here once many years ago and really enjoyed it. The food is by no means avant garde, but the dishes are executed well, with just enough ‘fusion’ to keep things interesting. So when it came time for us grandchildren to take our grandmother out for her birthday, this seemed like a good choice.

Everyone starts with this Japanese-inspired amuse of pickled cucumbers with sesame. 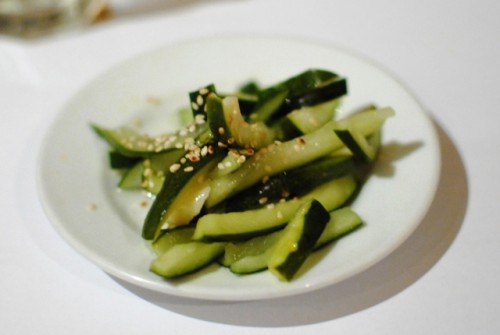 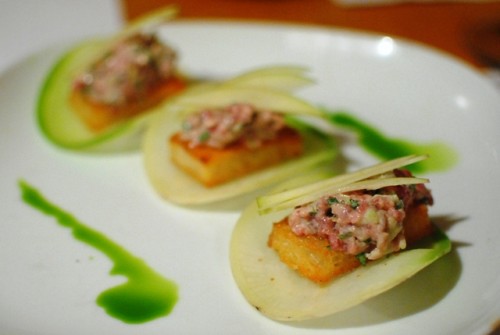 This was one of the daily special appetizers. Domestic kobe beef tartare was mixed with an aioli, then topped a crostini and slices of green apple. I thought the aioli here was overwhelming to the point where I couldn’t really taste the meat. The crostini, which I think was a brioche, provided some texture, and the green apple lended a little bit of tartness. But, this was a disappointment. 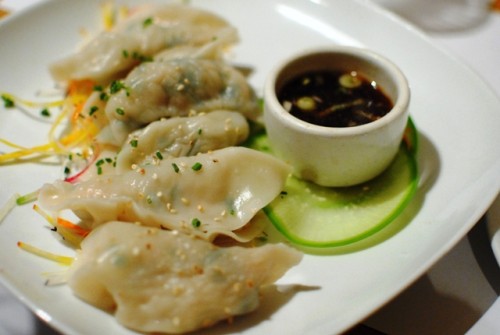 These dumplings were steamed and were pretty similar to what you’d get at a dim sum house. Small pieces of perfectly-cooked shrimp and just the right amount of chives filled a really good dumpling. The soy-based dipping sauce was just right. However, a little steep at $9 for 6, considering these were akin to something you could get for much less at dim sum. 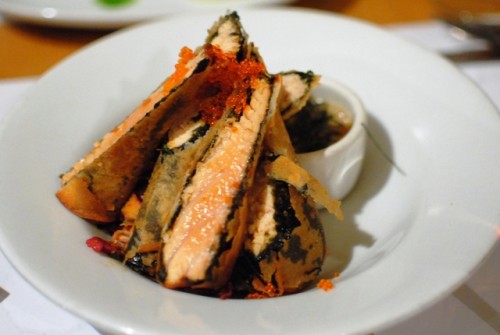 I found the salmon to be cooked well, but to not have a lot of flavor. The crispy wrapper provided a nice cripy crunch to each bite, but I was looking for some bolder flavors here. 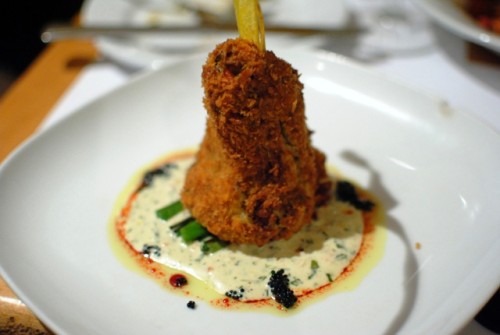 This was a pretty large crabcake…more like crabmound. I was a little disappointed to find there were no chunks of crab; rather it was in small bits along with the other fillings. The crab flavor was present, but there wasn’t a whole lot.

On to the entrees. 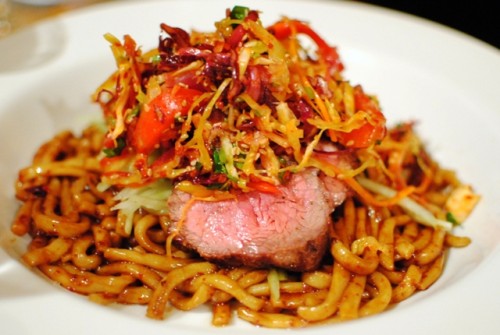 The noodles were definitely a little bit spicy from the wasabi, but not overly so. I thought there was a little too much cabbage though. The flatiron steak was cooked a perfect medium-rare and had good beefy flavor. It wasn’t quite as tender as I would have hoped, though. 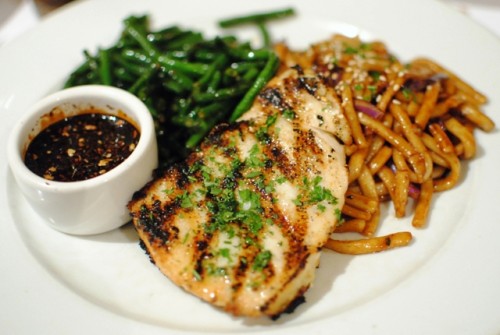 This was a standout dish. The flesh was perfectly cooked – light and moist, yet buttery at the same time. The dark soy-based sauce was a nice accompaniment with garlic and ginger accents. The noodles were purposely a little mushy, which I didn’t mind. 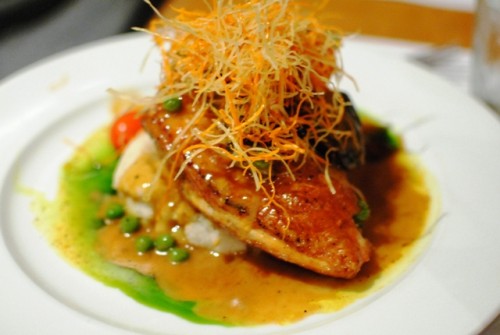 This may be the most boring entree on the menu, but I’d have to say the chicken breast was prepared well. It’s a generous skin-on piece of breast that was pretty moist and flavorful. The truffle flavor wasn’t too evident, though. 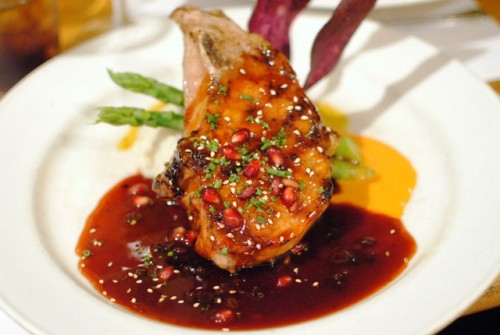 This pork chop was quite tender and had good porky flavor. The sauce had some smokiness to it, almost resembling a barbecue sauce in a way. Fruits (especially apples) tend to work well with pork, and this was no exception. 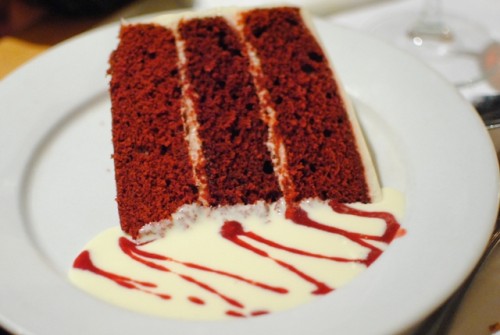 This was one of the dessert specials. I found it a little out-of-place here as it didn’t really involve any Asian ingredients. The cake didn’t have too much flavor and wasn’t all that moist. Not inedible, but disappointing. 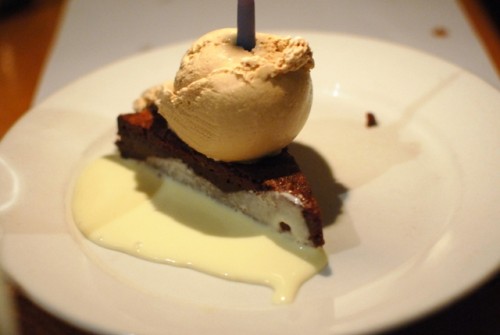 This was a pretty good dessert. The chocolate cake and coffee ice cream were both pretty tasty, and the chocolate-coffee combination is a reliable one.

For the most part, The House’s dishes are as advertised – accessible, Asian fusion cooking in a comfortable setting. The strength was clearly in the entrees on this night, especially with the sea bass. My overall experience this time wasn’t as good as I remember my last time, but I can see how it continues to draw people in night after night.