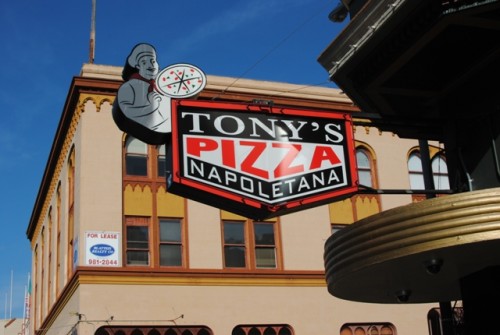 San Francisco has had a bit of a pizza revolution in the last couple of years, and Tony’s is probably one of the most popular of the new pizza restaurants to open up. Tony Gemignani is one of the more famous American pizzaiolo personalities, first for being a champion pizza-thrower. He’s also won numberous awards for his pizza, most notably in the 2007 World Pizza Cup in Naples – his Margherita won for Best Neapolitan Pizza.

A first glance at the menu will tell you this is a serious pizza place. The type of flour and even the oven used are based on the type of pizza: Neapolitan, classic American, Roman, coal-fired, Sicilian and classic Italian are all options. Four different ovens are used to bake these different styles; 900-degree wood fired and 1,000-degree coal fired are two of the most unique. 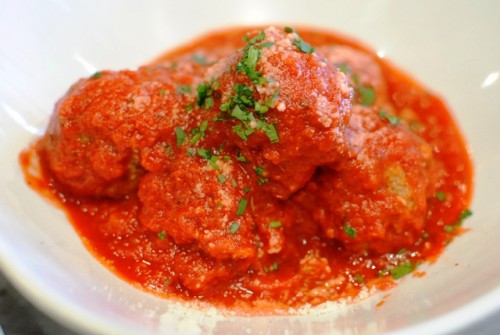 We first tried these meatballs. They were served a little lukewarm, which was disappointing, but were very moist and full of flavor. They were smothered in a sweet, delicious tomato sauce. Quite good, except my dad felt sick after this meal, and this was the most likely culprit. 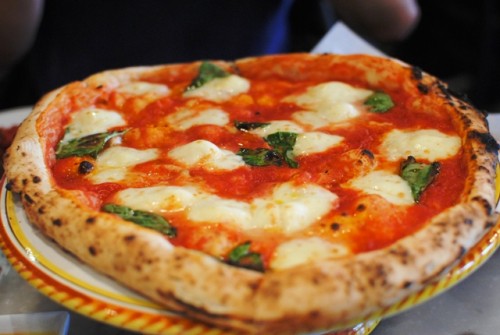 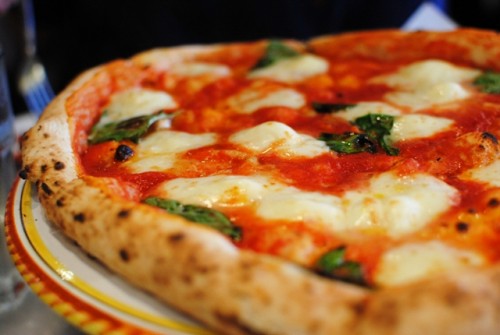 This is the famous pizza, created with the exact same oven and ingredients that were used in the 2007 World Pizza Cup-winning pizza. A limit of 73 of these are baked up each day. Expectations were high, and I’d say they were met. It’s a very good pizza, highlighted by probably the best crust I’ve had. Slightly soft on the edges, and with a nicely charred bottom, it was perfectly chewy. I probably would have preferred the mozzarella sliced a little thinner, but the cheese, tomatoes and basil were each very flavorful. Excellent pizza. I’d say I preferred this over Zero Zero and Flour+Water‘s renditions. 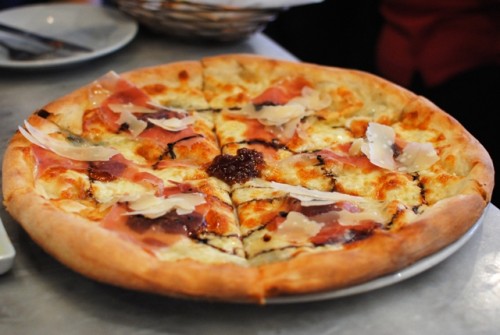 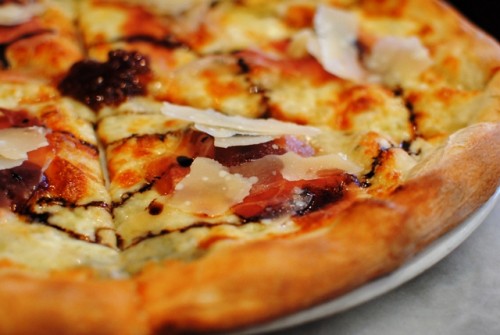 We first went with the most traditional of pizzas; next, a more modern California-inspired pizza. This pizza won a Food Network Challenge, and I could see why. Three white cheeses, fig preserve (sweet), proscuitto (salty), and balsamic (tangy) combined for layers of flavor. I’d say I prefer my pizzas with meat and tomato sauce, but this was a nice change of pace.

Tony’s serves up some very good pizza. They were a bit on the pricey side (Margherita was $19 and Cal-Italia was $18) but I’d say it’s worth it. The consistent lines out the door justify it as well. There’s so many varieties to try, I’m sure I’ll be back at some point in the future.