Katana-Ya is generally regarded as one of San Francisco’s top ramen houses, if not the best. The line to dine here begins before the restaurant opens (see picture below), and remains late into the night (often past midnight). Reminds me of LA’s Daikokuya. I was a little wary, however, as San Francisco does not really have good Japanese food, in comparison to its SoCal couterpart. I didn’t even have my first bowl of ramen until I moved to Los Angeles. 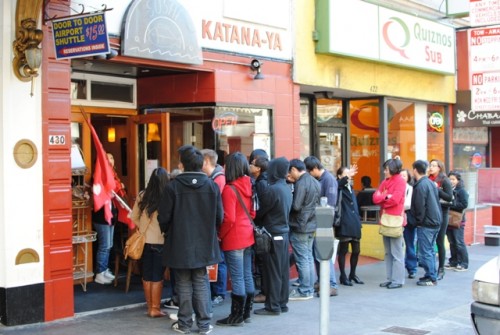 We arrived a few minutes before the restaurant opened at 11:30 on a Monday. This picture was taken right as they were opening the doors. Clearly, it’s a popular place. Luckily, our party of 5 was able to squeeze in and secure the last remaining table.

The restaurant is located within a block of Union Square, which is a festive place during this time of year. 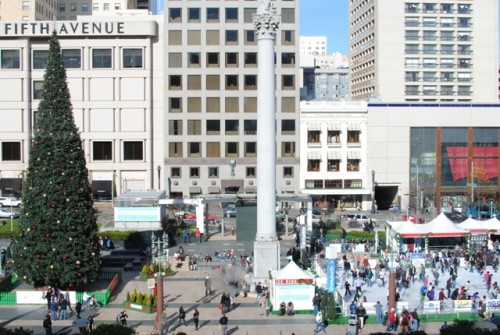 We ordered a couple of appetizers to start with. 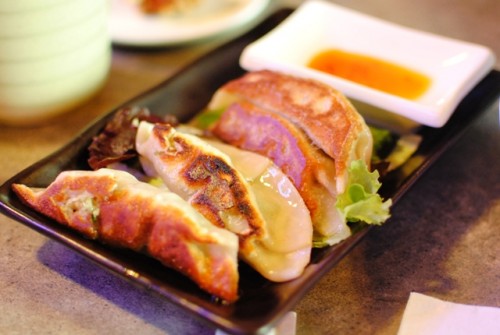 I found these to be fairly standard. Not exceptional but not really bad either. The wrapper had a good chew to it, but the browning was a little uneven, a little burned at parts. 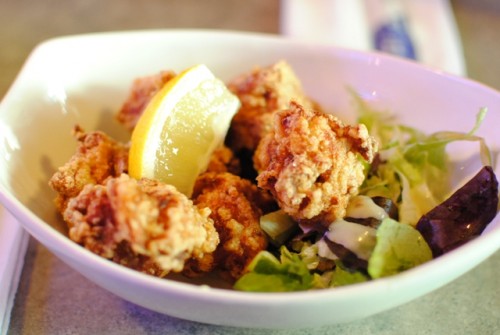 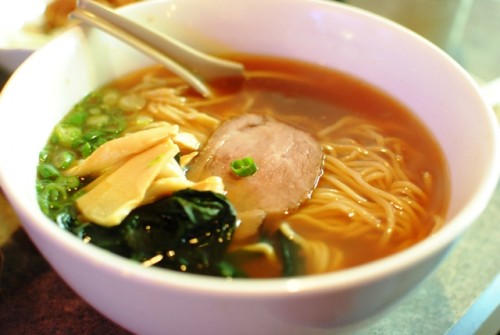 Here came our much-anticipated ramens. Each bowl has the option of shoyu, miso or shio – this was shoyu. I would say this bowl was fairly pedestrian. The flavor of the soup was decent – it had a hearty soy flavor without being too salty. I didn’t think it had too much depth though. I would have preferred the noodles to be a little more chewy too; they weren’t overcooked, but they weren’t al dente. 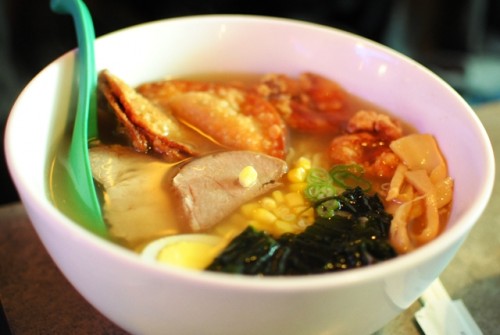 The eponymous ramen is this bowl filled with fried gyoza, chicken karaage, corn and egg. The shio broth was pleasant, though somewhat light in flavor. I’m not really a fan of fried things in my soup – my preference is to have them on the side to dip on the spot.

The ramen at Katana-Ya is fairly mediocre to the ramen standards I’ve been accustomed to in LA. Having said that, it’s a decent bowl that could satisfy a craving on a cold day. I wouldn’t say it’s worthwhile to wait in that line though…