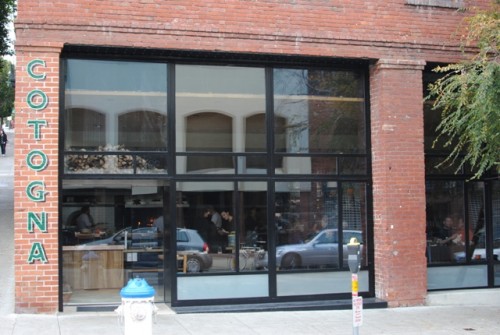 Cotogna is Michelin-starred Quince’s sister restaurant next door, opened in November. Serving the same type of rustic Italian food, Cotogna is a much more accessible way to sample some of Michael Tusk’s food. The restaurant just started Saturday lunch service a couple of weeks ago; given that I was in town for the weekend, this would be a perfect opportunity to drop by. I’m a big fan of pastas in general, so our menu choices tended to lean towards these dishes. 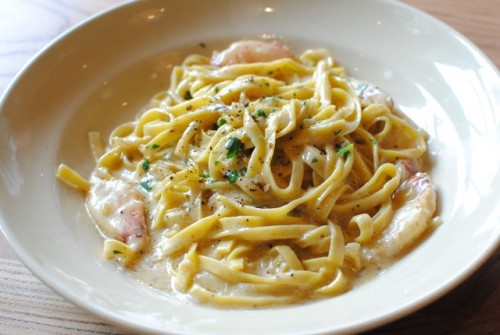 This was the first pasta we tried. All of the pastas we sampled were cooked a perfect al dente, lending a nice chew with each bite. The sauce was richer than I anticipated; I could have used a little bit of acidity or lemon zest.  Still very good though. Large chunks of sweet crab meat were all over. An excellent pasta. 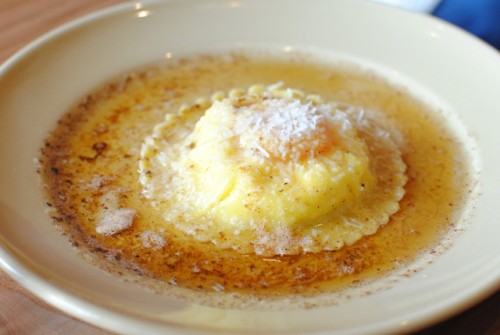 The filling of this ravioli was a creamy, cheesy mixture. The runny egg on top, in tandem with the nuttiness of the browned butter, made a rich and satisfying sauce. 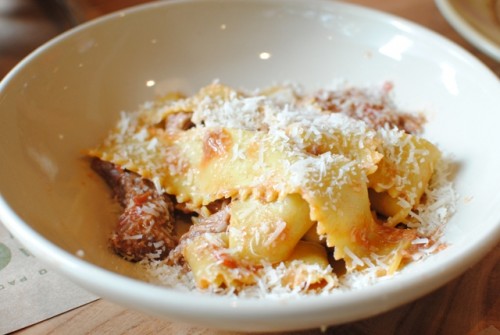 The first thing I noticed about this pasta was the meaty chunks of lamb dispersed throughout. Tender and flavorful, these were excellent. The pappardelle was good, but I was missing a little bit more of a ragu; this felt a little too much like meat and noodles, without the sauce to bring it together. 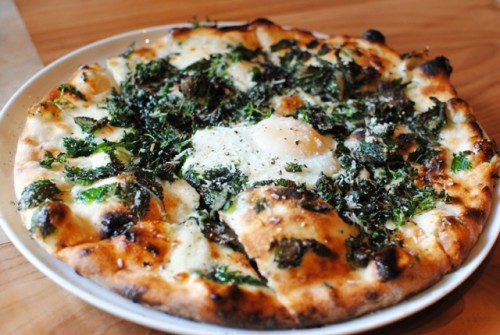 The last savory item we tried was this pizza. I’ve been eating a lot of pizza in San Francisco over the last couple of months (probably too much). Compared to some of those, I thought this was just okay, but really it’s a pretty solid pizza. The wild nettle provided a strong vegetal quality to the pizza, while the egg added a really nice richness to it. I probably could’ve used two eggs on this pizza, as I thought this was the difference-maker. 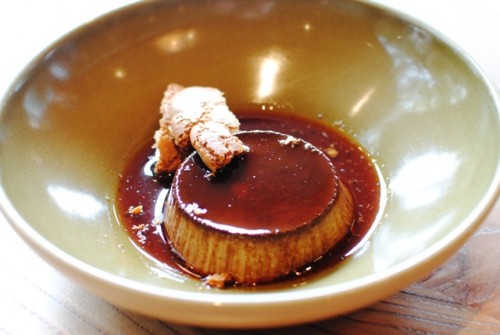 Lastly, here we had dessert. A bonet is kind of like a flan – a smooth custard. The almond flavor of the amaretti crumble, in combination with the caramel, was quite good. The amaretti crumble had a sort of macaron texture, providing a mild chew as well. Served cool, I thought this was a nice way to end the meal.

My meal at Cotogna was very satisfying – I’d say it met expectations. I was a little picky on the pastas, and that’s because Quince serves some of the best in the city. Cotogna isn’t quite at that level, but it presents a much more reasonably-priced way to try some of this hearty Italian fare. I would return, but not before returning to Flour+Water.