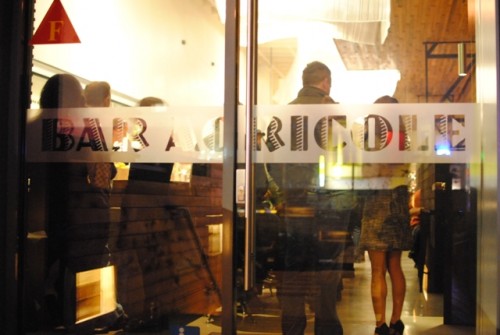 I’ve been curious about Bar Agricole for a little while. Opened in August, much of the hype was around the fresh, artisanal cocktails. I wondered – how about the food? It’s called a ‘bar,’ so it sounds like the emphasis is on drinks first, food second. However, a lot has been said about the food as well. Food critic Michael Bauer just named it one of the 11 best new restaurants of 2010. Given my newfound appreciation for cocktail pairings (fostered at Los Angeles’ Test Kitchen), this was a must-try place on my list.

It took me a while to notice it, but the napkins are actually denim. Soft denim. Weird. 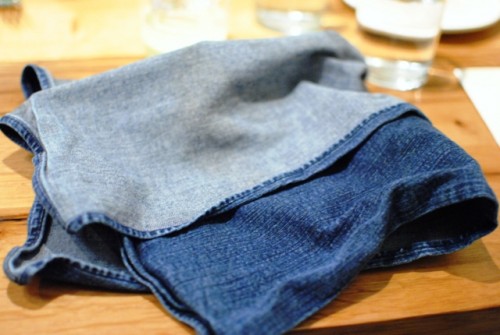 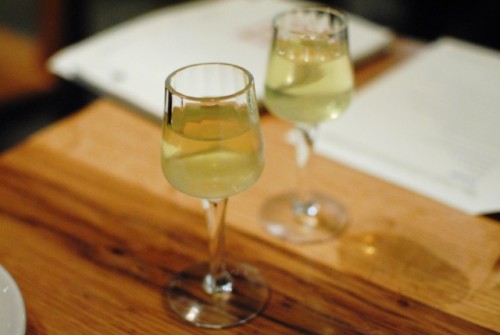 We started with this small cocktail compliments of the bar. It had a strong citrus and peach nose, and actually went down rather smooth with a pretty strong orange flavor. 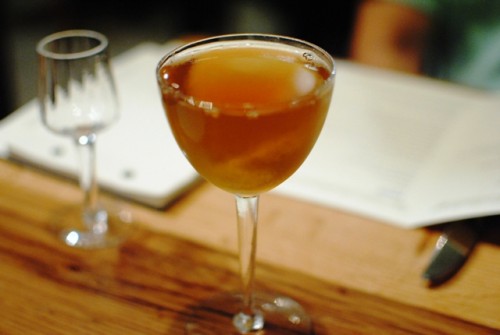 This cocktail had a strong caramel flavor; slightly sweet, yet slightly savory too. 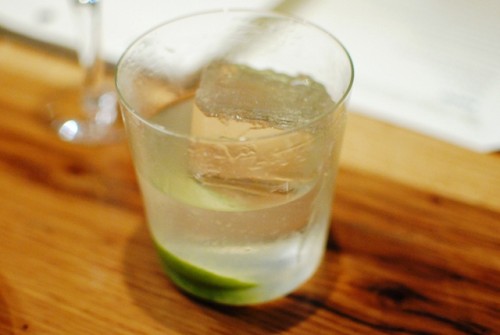 The punch had a noticeable lime flavor and an interesting sweet/bitter interplay. 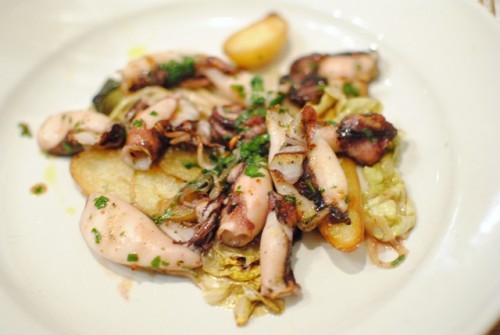 The squid was cooked well, yielding tender and rather meaty pieces of squid. The meyer lemon was instrumental in adding a little bit of citrus and acidity to accompany the squid, as well as the savory potatoes. Yum. 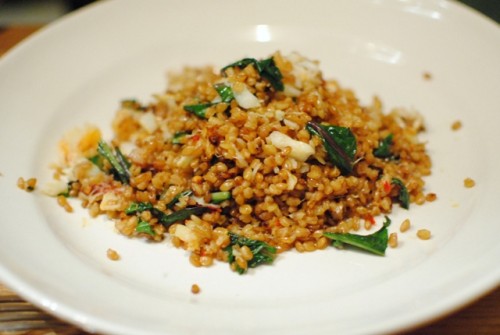 The farro had a really nice chew to them – perfectly cooked. The crab chunks varied in size, and the smaller pieces were rather overwhelmed in the farro. However, when the ratios were correct, this was a delicious bite. A little heat from the chili and some extra body from the greens rounded out the dish.

Spaghetti alla puttanesca with a meatball 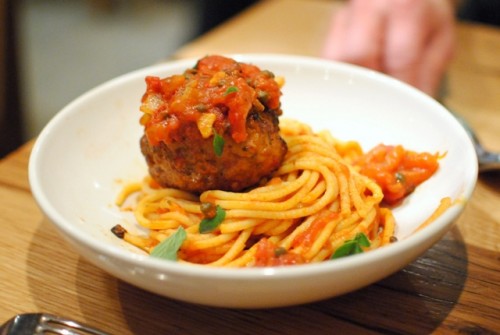 Next was this rather ordinary looking spaghetti. However, this was a very good pasta. The pasta was al dente with a sweet and tangy tomato sauce. The meatball was moist and had some good fresh herb flavor; this was a surprisingly strong pasta, especially after having some good ones for lunch at Cotogna. 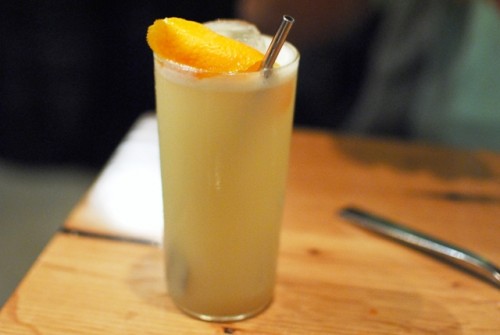 This next cocktail was probably my favorite of the night. Ginger and lime flavors were both evident, and worked very well together. 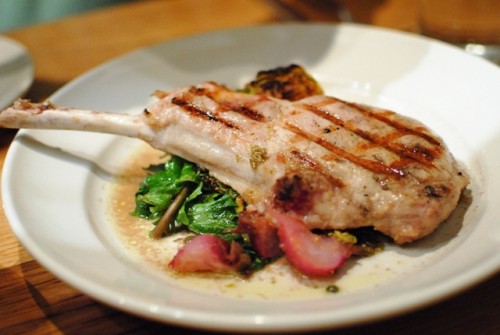 The pork chop was cooked to a medium temperature. There wasn’t as much of a sear as I would’ve liked, but we still have a lot of food flavor. The pork chop was pretty juicy too, and I liked the savoy cabbage to go along with it. 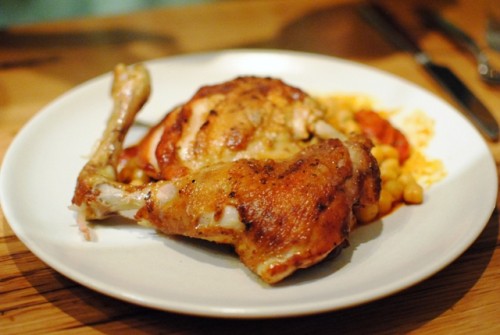 We were thoroughly enjoying the food, so we ordered one more entree. The chicken was cooked okay – it wasn’t dry but not that moist. However, the skin was nice and crispy, and the chickpeas and carrots combined for a little bit of sweetness and earthiness.

For dessert, we opted to head out to my favorite ice cream shop anywhere. It was about 10:30pm and 40 degrees outside – still, the line was out the door. The honey lavender at Bi-Rite Creamery is so good. 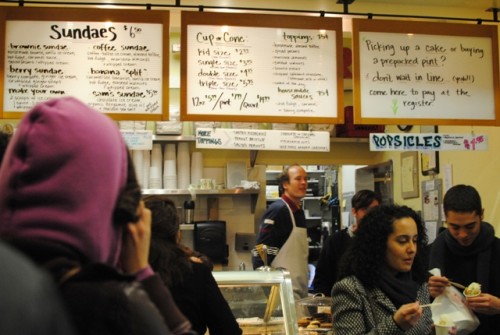 I was impressed with the food at Bar Agricole. This is in some part due to the level of expectations (I was cautiously optimistic going in), but the food here really is quite good. And the cocktails? I had high expectations and they did not disappoint. I expect Bar Agricole to remain a popular spot for the foreseeable future, drawing in both cocktail-seekers and foodies.