If I were to make a list of places that I’m most often confronted with “you haven’t been there?!” this would be at the top of the list. I always hear about Mastro’s in the ‘best steak in LA’ debate along with CUT, which is probably one of my favorite restaurants in the city, let alone steakhouse. I do consider myself a bit of a “meat & potatoes” kind of guy, so this visit was long overdue. 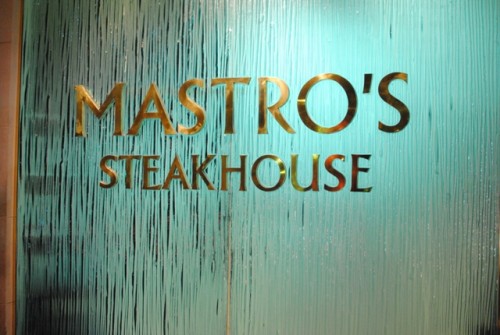 This was the darkest restaurant I’ve ever been to, by far. I thought this had a negative effect on the experience (not just due to picture-taking) because you couldn’t see the food very well at all. While eating the steaks, it was hard to distinguish fat/gristle from the meat. Thanks to the iPhone flashlight, I was able to take some passable pictures.

We started with an appetizer. 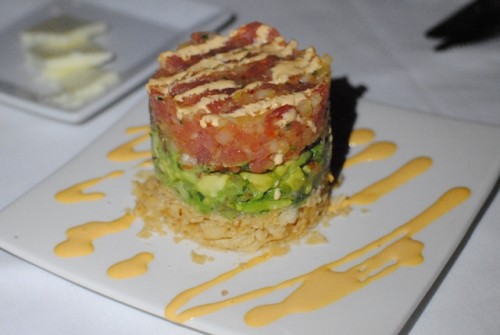 This tartare was made up of layers of tuna, avocado, and some kind of really crispy cracker. The tuna was good, but I was looking for more fish. Only about a third of the dish was tuna. I thought the extra-crispy crackers were a little too much texture.

Next came the steaks. All steaks are USDA Prime, 28-day wet-aged and served on 400-degree sizzling plates. 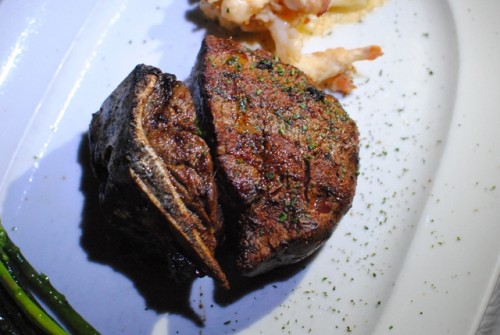 The bone-in filet is the signature cut at Mastro’s. I don’t come across too many bone-in filets, so I was glad to see one here. Characteristically tender, this was a more flavorful tenderloin cut than I’m accustomed to – presumably because of the bone. Very good as far as filets go. 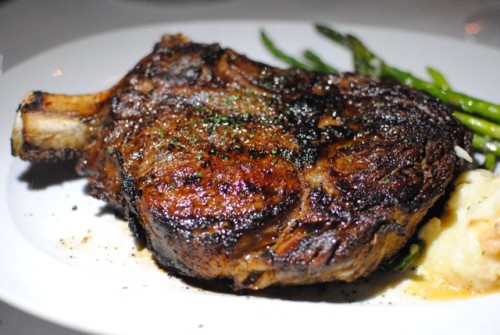 This steak was a little disappointing. It was juicy and tender, but not extraordinarily so. I thought the quality of meat here actually paled in comparison to one of McCall’s dry aged steaks I cooked up a while ago. 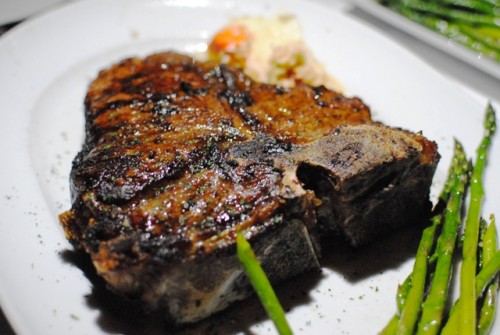 The porterhouse was a strong effort. I tried the strip loin portion and it was juicy and flavorful.

We ordered a couple of sides, served family style: 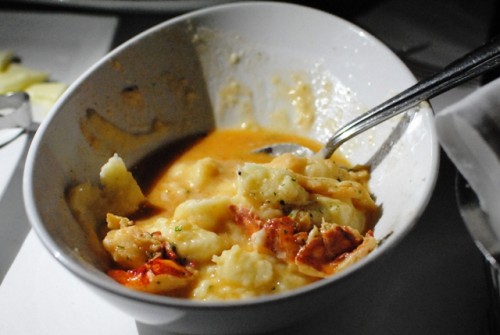 The sides were served alongside the steaks, so this was what was left. One of the signature sides – the potatoes were creamy, smooth and delicious. However, I found the lobster to be way overcooked. I’ll stick with regular mashed potatoes next time.

We wanted some type of vegetable to make the meal not so meat and carb-centric. The asparagus was simply sauteed in garlic and butter. 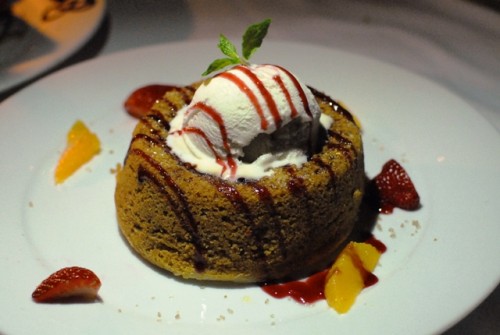 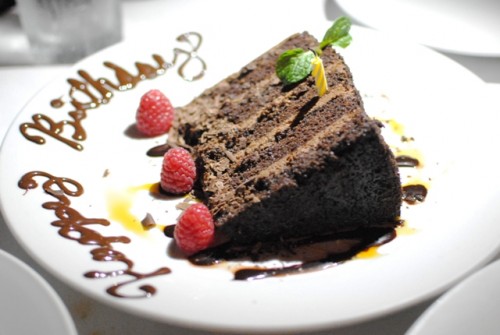 We told the server it was someone’s birthday, and they were nice enough to bring out this slice of cake. It was pretty moist with good chocolate flavor. Fairly standard, but not bad.

My assessment of Mastro’s was that it was good but not great. Admittedly, my expectations of Mastro’s were too high. It’s more casual and lounge-y than I had anticipated, and the level of service was unremakable. However, I came for some meat, and the steaks were cooked well – for the most part juicy, tender and flavorful. As chains go, I’d definitely rank it higher than Morton’s or Ruth’s Chris. Will I be back? Probably at some point – I have a lot of friends and co-workers that love this place. But for my money, I’d rather go to the steakhouse down the street, which I think is a “CUT” above (sorry, I had to say it!).