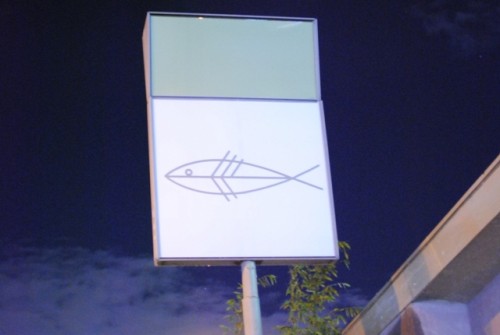 Mori Sushi has the distinction of being one of three Japanese restaurants (Urasawa, Sushi Zo, Asanebo) to have garnered a Michelin Star in the latest guide…a distinction which seems to be indefinite. I’ve been to Mori once before, but for lunch. I ordered one of the sushi combos with some a la carte items, but I didn’t think I got an accurate representation of what Mori had to offer (I was underwhelmed).

One claim that struck me is that Chef Mori Onodera only buys fish and vegetables for the restaurant. The rice and soy are both homemade; quality control is of utmost importance. Even most of the plates used are handcrafted by Mori himself. Sounds like my type of place!

Three different omakase are available: we opted for the sushi omakase. This would have a couple of small plates, but primarily be sushi. 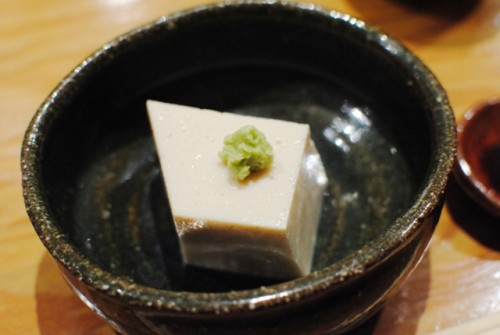 Here we started with a simple starter with just three components – an excellent way for Mori to show off his homemade tofu, homemade soy sauce and freshly grated wasabi. The tofu was very mild in flavor with a subtle soybean flavor – the wasabi and soy were integral in drawing out some of the flavors. 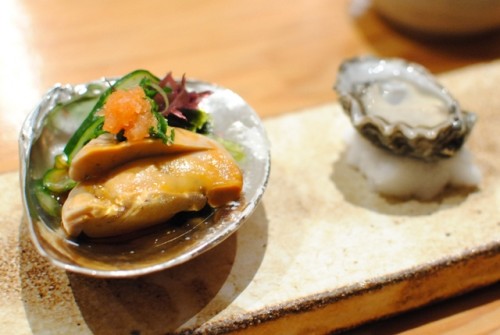 Next was monkfish liver in a cucumber, scallion and seaweed salad, along with a fresh oyster, straight up. The monkfish exhibited a characteristic richness, delicious without being fishy. The oyster was good as well, though quite small. 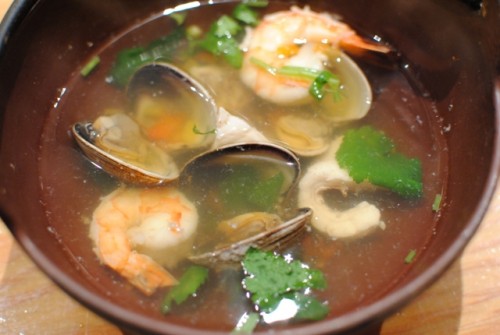 This would be the most “complex” dish of the night. A hot soup came to the table with shrimp, clams, cod, parsley and bell peppers. I tend to fear soups like these as it’s so difficult to cook the fishes appropriately while it’s sitting in hot soup. I thought the cod and clams were pretty spot on, but the shrimp were overcooked. The broth, however, was very nice – a subtle but present seafood flavor was accented by the sweetness of the bell peppers, as well as herbal notes from the parsley.

This platter (perhaps designed by Mori himself) signaled the start of sushi. 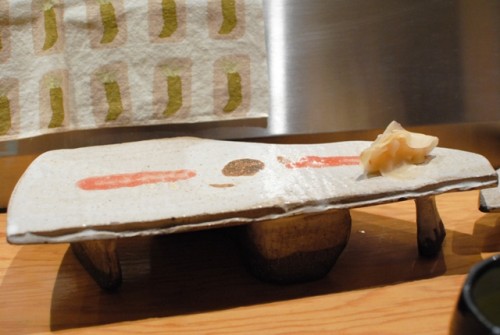 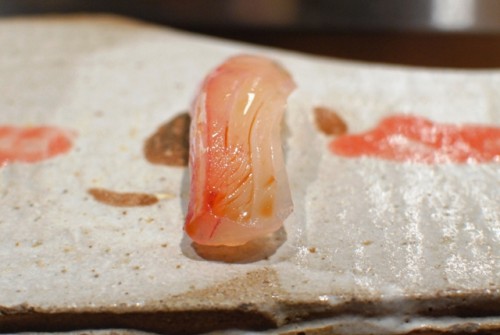 We started with this solid red snapper. I first noticed (as I had during my previous visit) that the sushi pieces here are some of the smallest I’ve seen. The fish:rice ratio was good, but I wanted just a bit more fish and rice in each bite. The rice was perfect – warm and loosely packed, with just a little bit of textural feel. 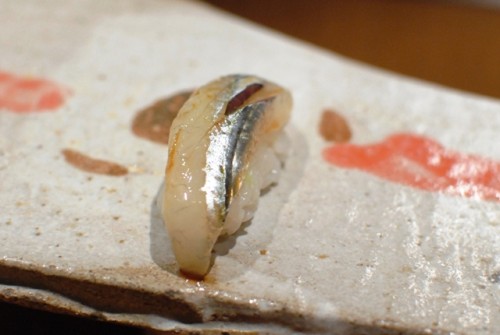 I’m not sure if I’ve ever had needlefish, but I enjoyed this one as well. 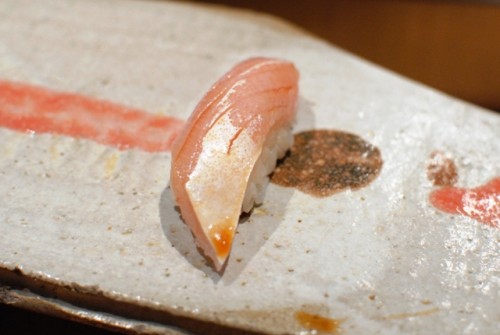 Characteristically tender and soft, this was a good bite. 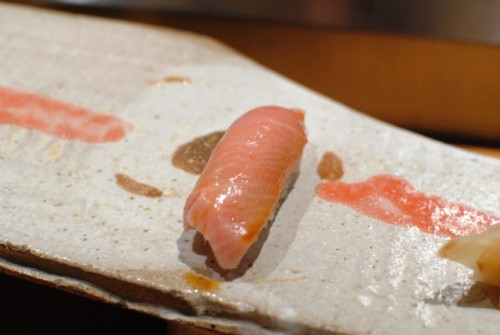 Yay for toro! As expected, the fish was silky smooth and melt-in-mouth. A good example of toro, though not really close to Urasawa’s. 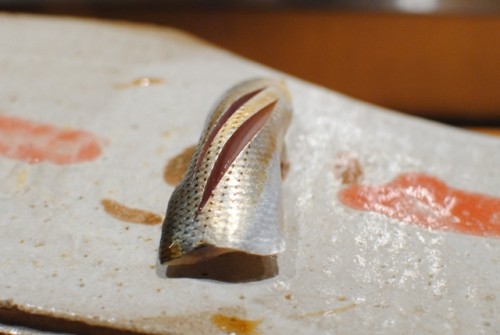 This piece was a little fishy, though I’m not really sure if that’s just characteristic of this type of fish. Very tender, however. 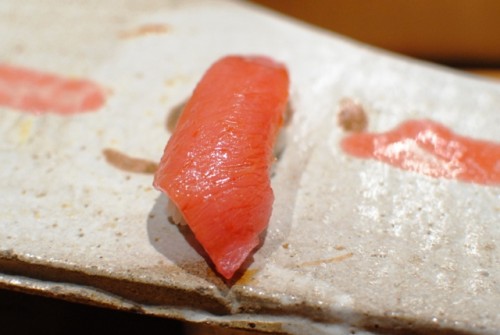 I liked this chutoro (medium-fatty) example as well, smooth and tender; however, I enjoyed the bluefin toro a little more. 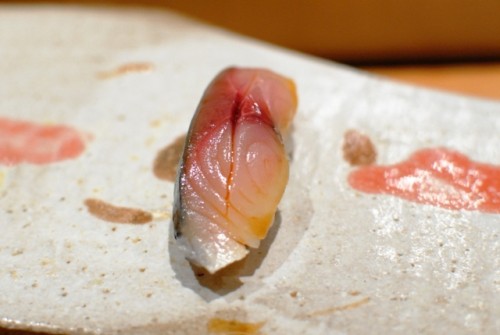 Another fish that was subtly fishy and very flavorful. 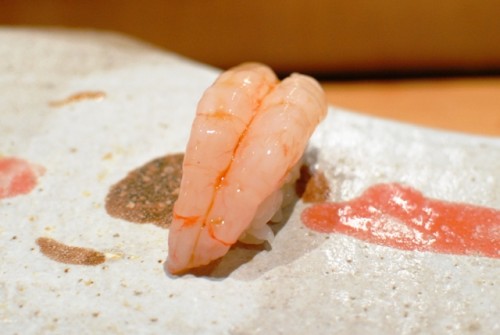 Sweet shrimp (amaebi) is typically one of my favorite pieces of sushi. This one, from Boston, was no exception; sweet with a squishy texture – I really enjoyed this one. 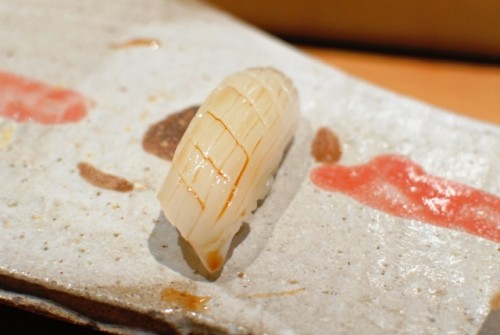 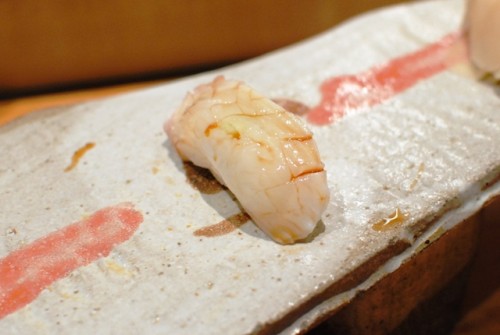 The squid and octopus were both similar in texture – surprisingly quite tender, though a little…slimy. I was surprised by the octopus though, as I’m more accustomed to chewier textures. 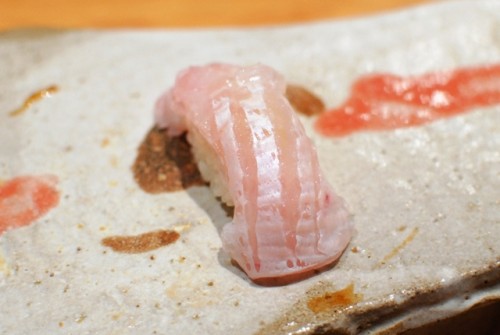 Topped with yuzu, this piece was a lot chewier than I anticipated. I liked the flavors of the fish and yuzu, however. 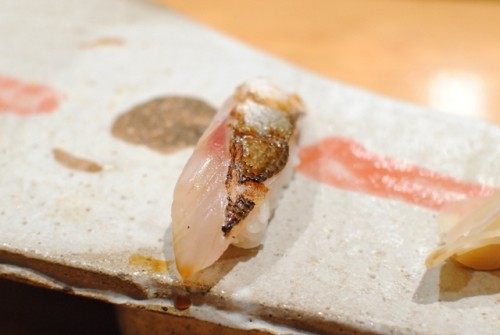 The barracuda was seared with a blowtorch, giving this a nice charred, smoky flavor as well. Similar to the halibut fin, this was a little chewy, but I enjoyed it. 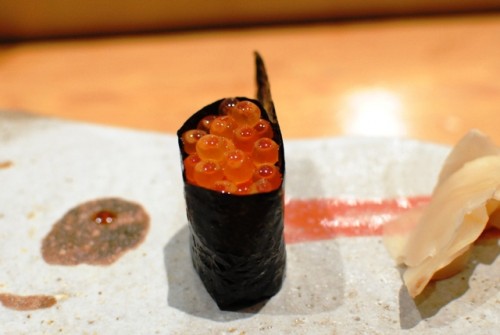 Not fishy at all. The eggs burst with a briny taste of the ocean. When I was younger, I didn’t enjoy these eggs but I’ve grown to actually really like them. 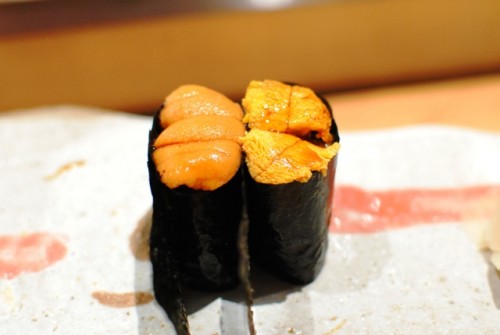 Loved that we were presented with two types of uni for comparison. The Hokkaido uni is on the left, while Santa Barbara on the right. I actually preferred the Santa Barbara uni (and thought its color was more brilliant), as it had a sweeter, cleaner flavor. 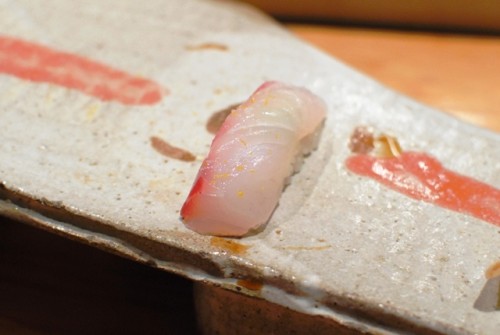 Lastly, we had another example of red snapper, this time with a yuzu accompaniment. I almost always like the citrusy fruit with fish, and it did not fail here. 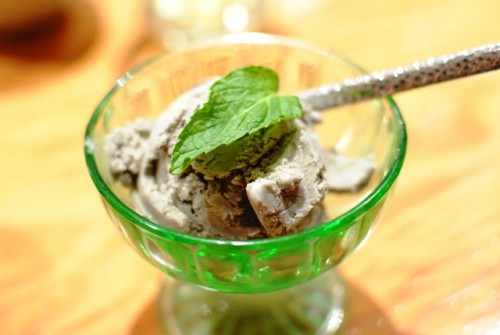 Made in-house. Loved this ice cream; it was rich and creamy, with just the right sweetness. The sesame flavor was very evident…just delicious. 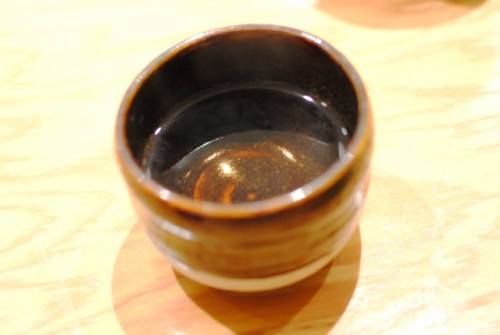 I often see this tea at the end of Japanese meals; always something to look forward to. The roasting gives the tea a distinct flavor.

Food only, the omakase came out to $110 pre-tax/tip, which I thought wasn’t bad. Though, there wasn’t a wide variety of fishes served. My biggest qualm was that, personally, I thought the sushi pieces were too small. It was good for a few chews and that was it, and the 16 sushi pieces weren’t really a lot of food.

Nowadays, I always compare my sushi restaurants to Urasawa, which probably isn’t fair considering this meal was 1/3 the price. However, I think Urasawa, then Sushi Zo are a cut above; Mori and Sasabune are on the next tier for sushi.