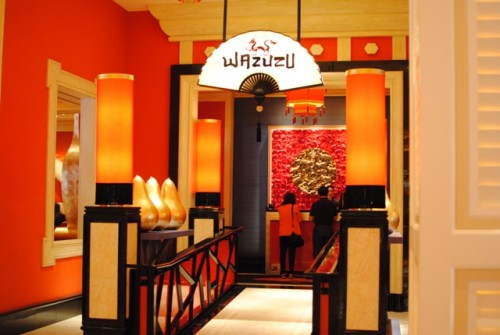 One of the restaurants my parents always go to in Las Vegas is the pan-Asian restaurant Wazuzu at Encore. The chef is Jet Tila, an LA native, whose name I’ve seen in various places around LA (and occasionally on TV). The food is not restricted to one country; rather, Chef Jet uses flavors across Asia to create some traditional and some not-so-traditional dishes. The food isn’t the most imaginative, but it’s comfortable food executed well. 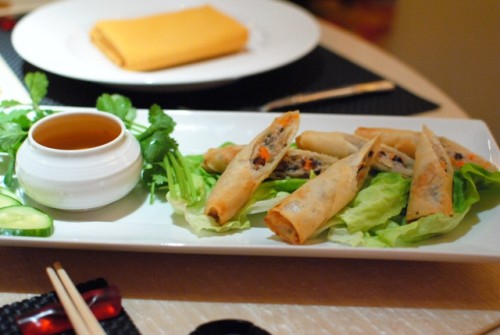 These came out of the kitchen nice and hot. They were pretty meaty (which I like), while the lettuce, cucumbers and cilantro added some fresh, crisp flavors. 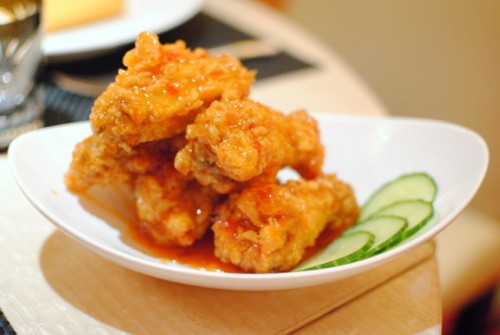 The wings were very large and meaty here and the honey-chili sauce was just oozing off of these guys. The batter was a little bit thicker than I usually like, but the chicken was cooked perfectly, and the spicy-sweet sauce had some good flavor. 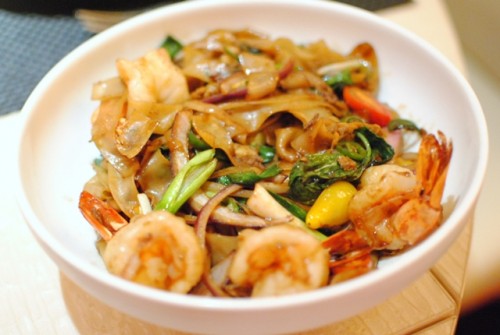 This is probably the restaurant’s most notable dish, and was even raved about on The Best Thing I Ever Ate by Giada De Laurentiis. This dish is kind of like a Chinese chow fun with its thin, wide stir-fried rice noodles. However, there are a number of flavors at work here: sweetness from onions, a little heat from chilies, and even small bursts of flavor from some grape tomatoes. Excellent. 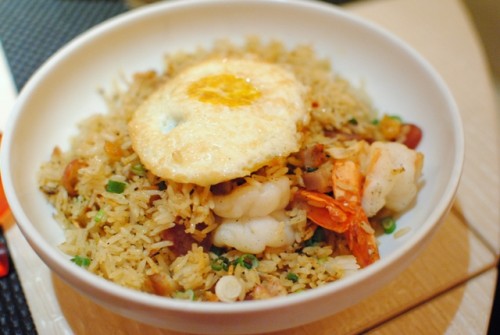 I enjoyed this fried rice – the rice had the perfect al dente texture. It wasn’t mushy at all and had just the right chew. Lots of things going on here with the Chinese sausage and dried shrimp being two of the most prominent flavors. The plump shrimp were cooked well. 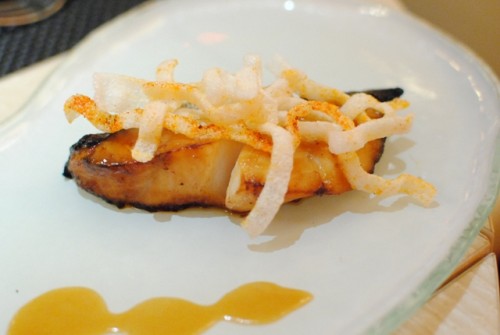 A rather typical preparation, but executed well. The fish was cooked perfectly, leaving it buttery and moist. 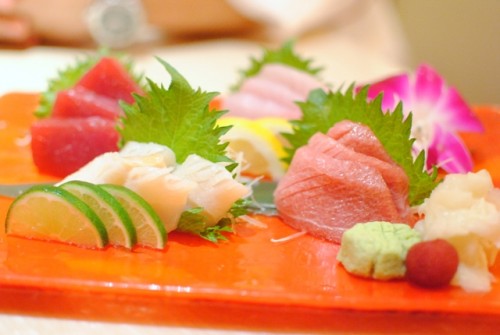 Chef Jet said he has the best fish on the Strip, and I could see it. Each of these were very good examples – my favorite, as usual, was the toro for its rich, fatty flavor and tender texture.

Chef Jet also brought out some of his vegan dumplings (Steve Wynn is vegan and requires all of his restaurants to have options) to try. 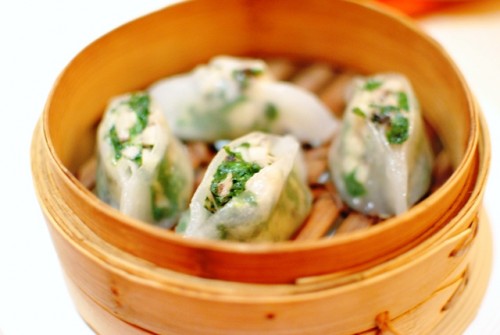 Mushrooms and pea tendrils are two of the primary ingredients, and I thought this was pretty good. It had a hearty, earthy flavor from the mushrooms and a perfect gelatinous skin.

I wasn’t as much of a fan of this one, featuring hearts of palm. Fun name, though. 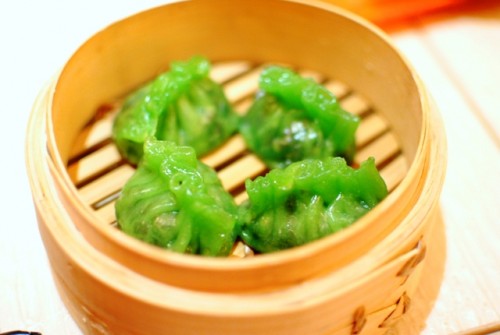 A beautiful vibrant green color (from spinach in the dumpling skin) separates these apart. These were solid as well. 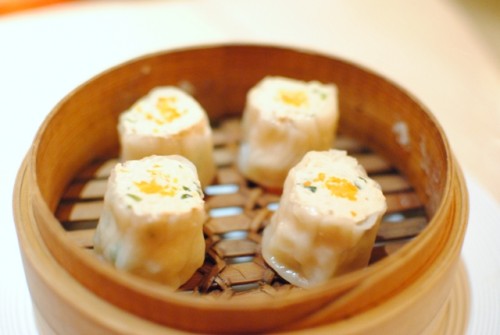 I’m rarely a fan of vegetables mimicking meat – I’d prefer the vegetables stay true to themselves (as in the first three dumplings). However, for a chicken substitute, this wasn’t bad at all – the texture was right between a white and dark meat. 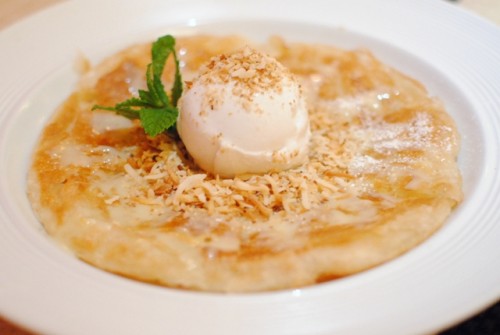 Next, we had something sweet. An excellent dessert here – the crepe was really crispy and sweet, and I thought the coconut ice cream was really good. 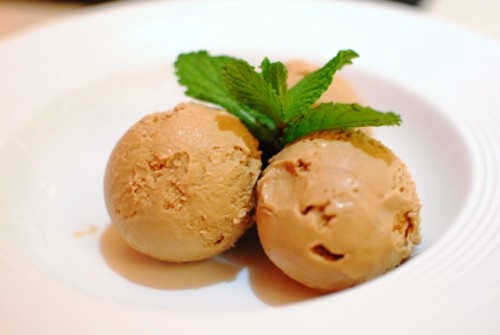 A very strong espresso ice cream was last. I could see how this would be too strong for people that only like their coffee with cream and sugar, but I really liked it.

The food at Wazuzu met my expectations (which were a little higher considering my dad raves about it). The food was done well – flavorful and on point, and demonstrated skill of flavors all across Asia from Japan to China to Thailand and everywhere in between.