This is the second iteration of the Bistronomics pop-up (the first occurred in March) featuring Jet Tila (Wazuzu) and Alex Ageneau (The Royce) preparing seasonal, modern bistro fare. For this meal, Ageneau was the main driver behind the food, while Tila served more of a host role. However, I’ve been told the food will be more of a 50/50 collaboration for the next iteration of Bistronomics (July).

The dinner’s set-up was interesting. I found it to be a rather intimate affair, as the chefs had an introduction and clear explanation of the concept at the beginning of the meal, as well as a closing recap at the end. Titled “Play with Your Food,” the meal was utensils optional (and actually discouraged). The hosts sought to foster a sense of playfulness and comfort throughout the dinner. Of course, a no-corkage BYOB policy would help that too. 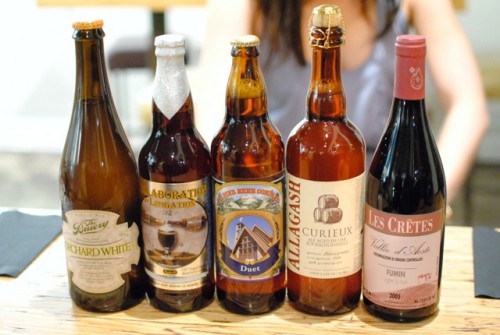 We started with some sliced baguette and butter. 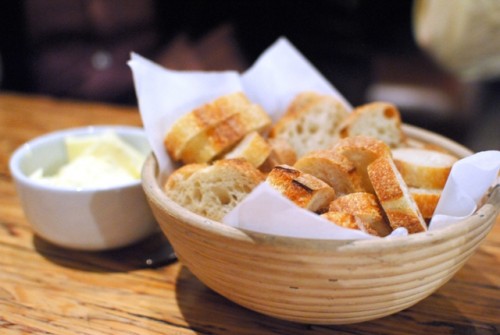 The foie gras here had the texture of a soft butter, and I liked the textural interplay with the crisp, crunchy radish. The foie gras flavor was somewhat subtle, but definitely evident.

We took a peek into the kitchen as the next course was plated. 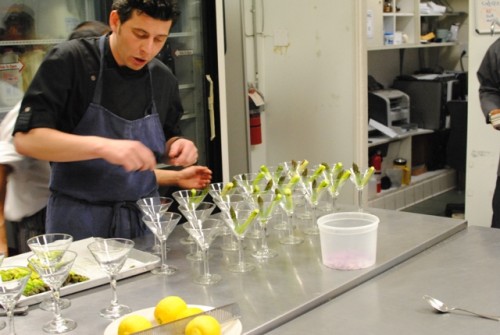 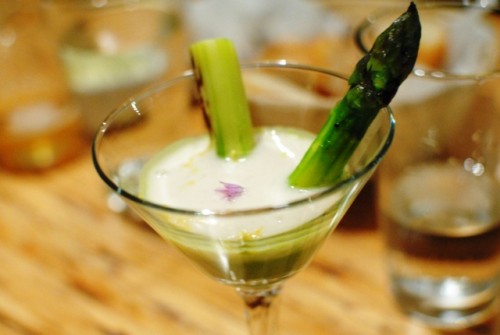 I really liked how this dish came together. The asparagus was very good – the light grilling gave it a nice char, complementing the flavor well. The soup, a combination asparagus and risotto flavors, was homey and comforting with just a little bit of lemon zest brightening things up. 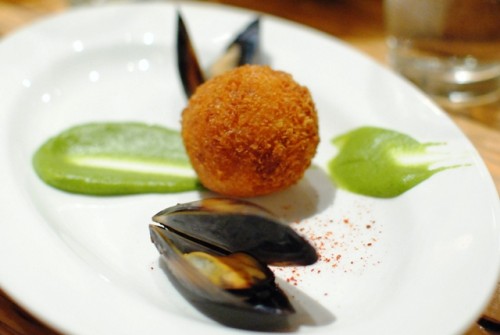 The brandade, fried until crispy, was light and fluffy on the inside with the tasty, characteristic salt cod flavor. I loved that it was served nice and hot too. I liked the zucchini puree and mussels as well, but the star for me was definitely the fried brandade. 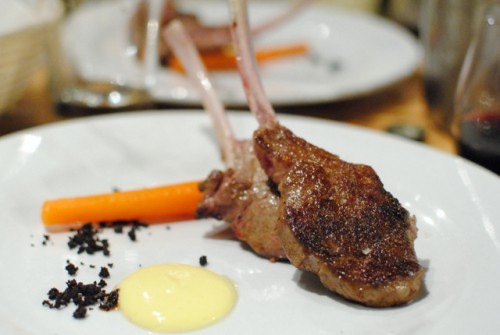 The lamb was amazing. I liked being able to pick this up and carnivorously bite into the succulent, juicy meat. The yogurt’s tart acidity aided in cutting through some of the meat’s richness, while dehydrated olives added another flavor dimension. Kind of wish I had a whole rack of these. 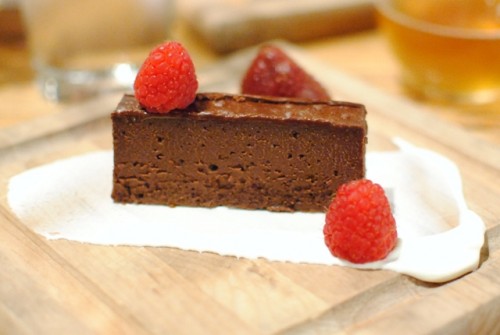 A rather simple chocolate cake, but done well. I often find chocolate cake to be too sweet for my tastes, but that wasn’t the case here. The light chantilly cream worked well with the chocolate, while fresh strawberries and raspberries helped to balance the richness.

I thought the meal was a success; Bistronomics did exactly what it intended. The food isn’t exactly cutting-edge, and it isn’t trying to be. It was well-executed, tasty and successfully showcased the ingredients. For the most part, each dish only had three or four main components, allowing the produce to show through.