I had wanted to try Son of a Gun for a while. Rave review after rave review, this restaurant is still one of the most popular in LA since it opened at the end of February. Finally, I had my chance. Diana, Ryan, Daniel and I had an early dinner at the Cafe Boulud pop-up at Animal and were still hungry. What to do? Enter Son of a Gun, the seafood-centric eatery from the guys behind Animal. 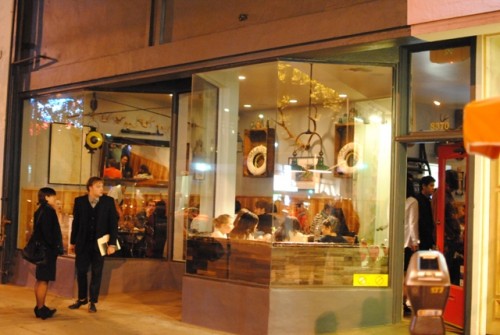 We still waited about 20 minutes for a table on Monday night. It’s a pretty small place, but clearly still very popular. Arguably, I was more excited about this meal than the last (okay there was no argument, I was really excited for this one). 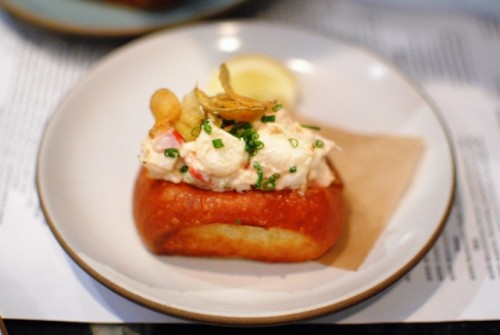 I had read much about this lobster roll. Even though this was the first dish, we ordered one for each person. Good idea. The lobster was perfectly cooked, leaving it sweet and flavorful, with just a little bit of bite. I really liked the addition of the potato chips, adding some welcome saltiness and texture. 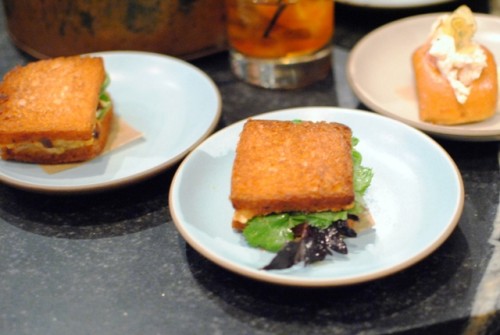 This was perhaps my most anticipated item of the night. It didn’t disappoint, with the crispy toast melding really well with the sweet shrimp, complimented by a little heat from the sriracha. With the shrimp, the hoisin sauce may have been a little more sweet than I preferred, but the textures and flavors were really on point. Another good idea to order one for each person. 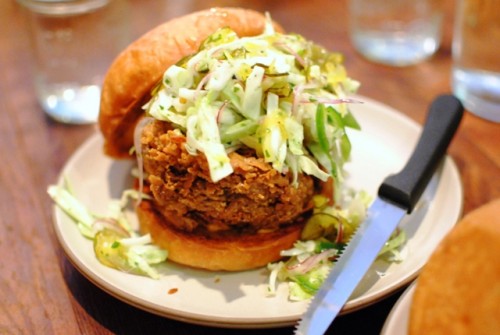 This was another highly anticipated item, though I didn’t like it so much. Contrary to the other items we tried, this was a beast – this sandwich was fitting for one person’s entire lunch. I thought the chicken was good, crispy and rather moist for breast meat; too much mayo and coleslaw was the issue for me. 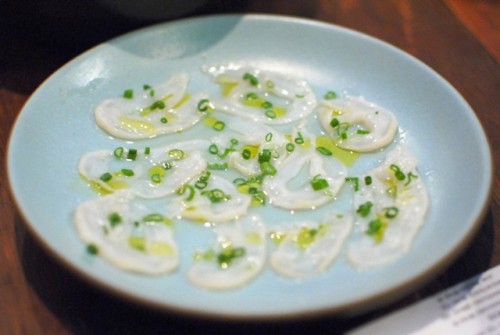 The geoduck was rather mild in flavor, but there was something about it that made me think to myself “oh yeah, this tastes like geoduck.” Really simply prepared with a little bit of citrus and salt. 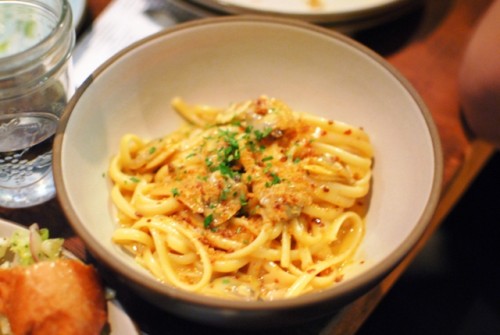 I had high hopes for this one, but found both the saltiness and the raw garlic flavor be overwhelming. The pasta and clams were both cooked well, but unfortunately were overshadowed by the other ingredients. 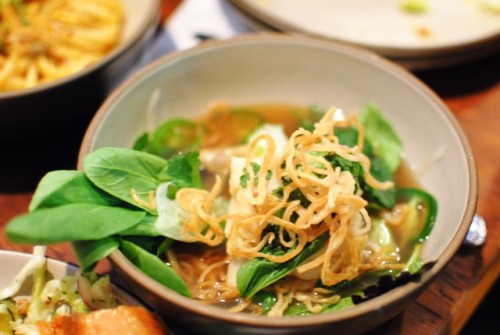 I thought this sounded pretty interesting. The broth definitely had some flavors reminiscent of a beefy pho and the fish was cooked well. This tasted pretty much as advertised, though I’m not sure the pho and cod flavors really came together as well as expected. 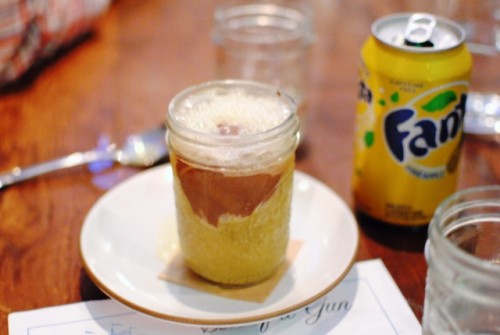 Chocolate ice cream and pineapple Fanta. I’ve never been to Hoboken and had no idea what this was, but it was pretty interesting. I thought the sweetness and acidity of the pineapple soda worked well with the rich chocolate, but I was too full to enjoy it at this point.

Son of a Gun was a solid meal. While most of the dishes were pretty good, I wasn’t particularly moved by the meal – maybe I was getting full, or maybe my expectations were too high (or a combination of both). Still, we were only able to try seven dishes, so I’d like to come back to try some of the others. I’m just not in as much of a hurry to do so.