Niki Nakayama is the chef behind n/naka, who previously was preparing omakase menus at Inaka in Arcadia. Unfortunately I never got a chance to make it out there, and Nakayama has since left Inaka to open her own place on the Westside. It’s currently open to the public, but she had a soft-opening for friends and family in late-March to early April. Diana (who was a regular at Inaka) got an invitation to this soft-opening, and graciously invited Kevin, Ryan, Daniel, myself and friend Susannah to join. 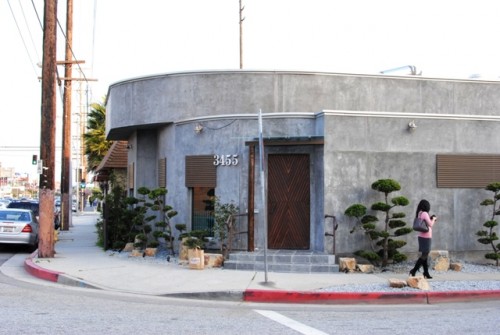 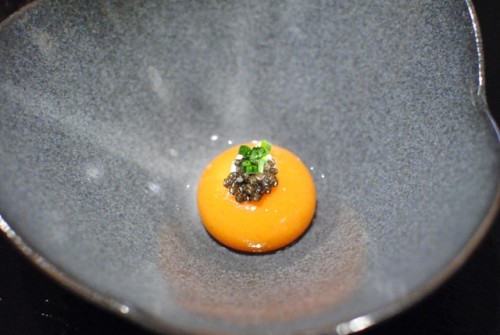 This first one was an interesting one. The spherification of carrot (from Nakayama’s garden) had a subtle sweetness, which combined with the tart creme fraiche and salty caviar. I didn’t get quite as much caviar flavor (outside of the salt) as I thought I would, though. 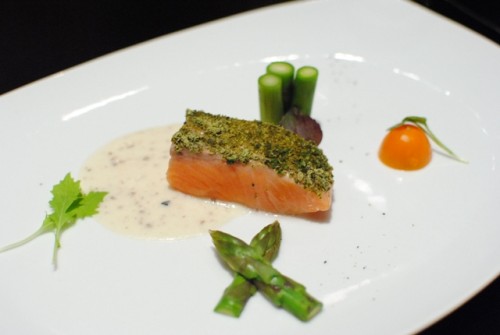 The trout was cooked well, leaving it quite tender and moist. The sauce had a very subtle truffle flavor, but added some nice depth to the fish. 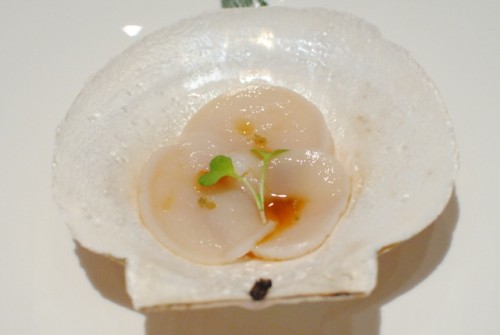 This dish was simple but good. Pretty much as advertised, I did enjoy the yuzu kosho which added just a little bit of heat here. 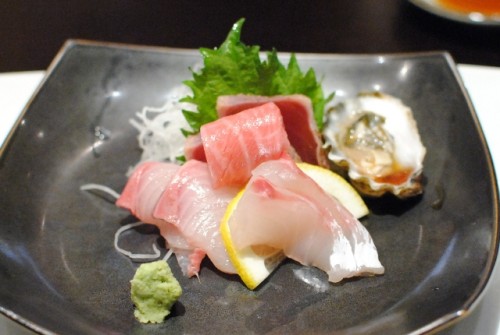 Next was a plate of sashimi. I thought these were all good examples of the fish, with the kanpachi really standing out the most. I definitely would’ve preferred the tuna raw over seared, though. 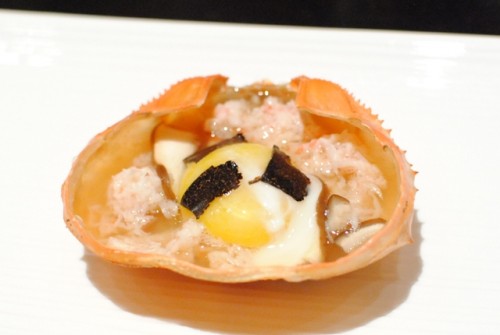 Likely the most memorable dish of the night – this was a steamed crab head with black truffle, mushrooms and a chicken egg served in-shell. Really savory and full of umami, I really liked the rich sea-tasting broth with the richness of the yolk, as well as the subtle earthiness of the truffle. 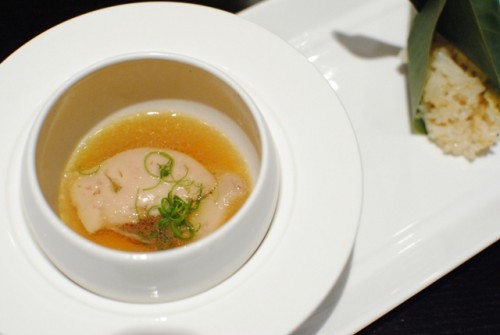 I really liked this dish as well. The foie gras was really good with a melt-in-mouth texture. I dumped the rice into the soup, making for some really comfortable, satisfying bites. 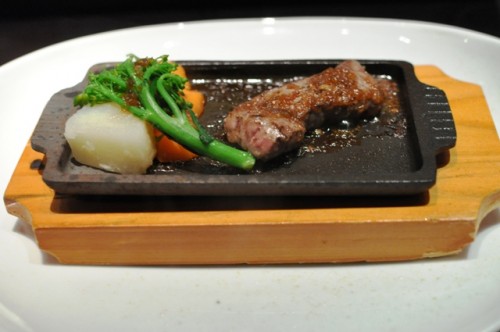 I forgot to take a picture of this one; picture above is compliments of Diana. The wagyu was cooked well-done, but the marbling allowed it to still be tender and avoid being excessively dry. There were a lot of things going on in the sauce (garlic and soy were strong flavors), but I thought it complemented the meat well. 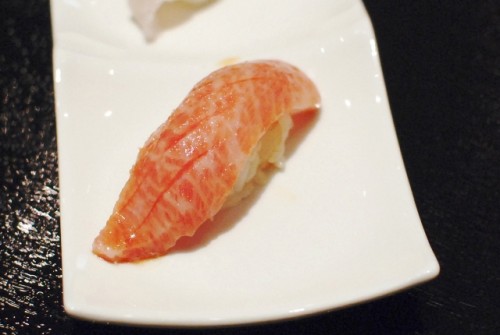 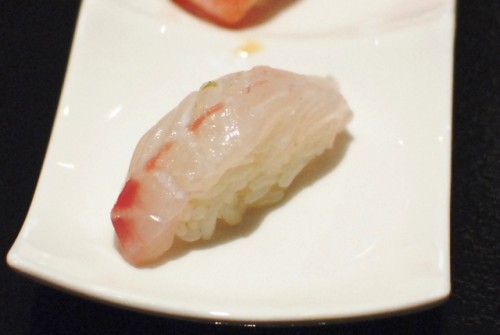 I really liked the tai (halibut) with the citrus of some yuzu. Even better was the luscious toro, fatty with a melt-in-mouth texture. 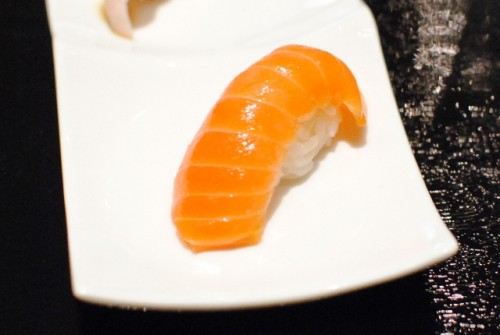 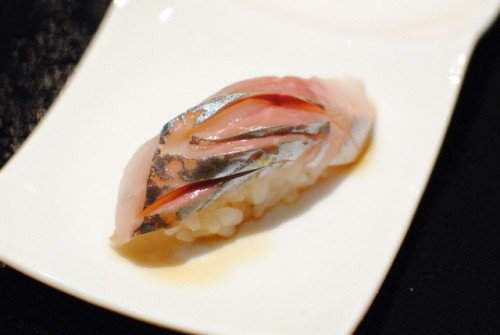 Here we had a return of the sea trout – the fish here tasted very similar to the first preparation, though this time showcasing the pure flavor of the fish. The aji (Spanish mackerel) was a good preparation as well, with its oily fishy flesh on clear display. 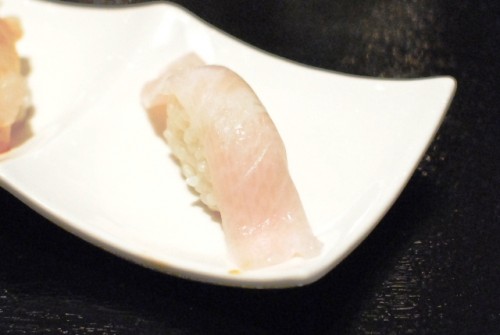 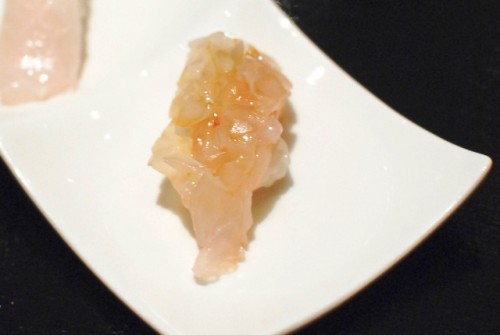 I wish I was served hamachi belly more often as I really like it. It’s not nearly as fatty as the tuna’s belly, but it presents a richer flavor than regular hamachi while still having a really silky texture. I found the amaebi (sweet shrimp) to be a little bit chewier than expected. 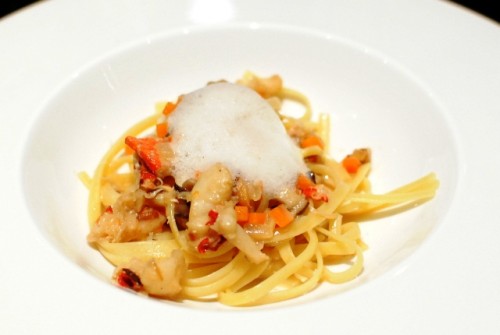 This was a supplemental dish to the tasting – the table next to us was served this so we requested it. I thought this was pretty good, though not exceptional. 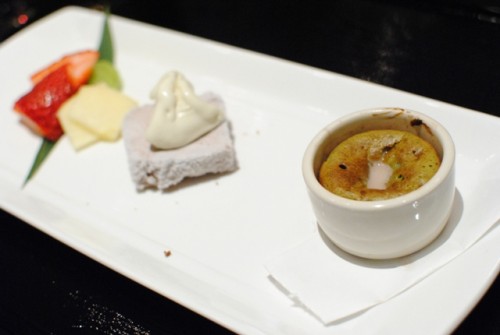 Lastly, we had dessert. The souffle was pretty good with a mild green tea flavor. The chocolate mousse was overly frozen and way too hard though, making it difficult to break with a fork.

I would say the food at n/naka met expectations, though did not exceed. We were presented with a broad array of well-executed traditional Japanese plates, some with some western and modern touches, but at a price point of $115, I may have expected a little more.