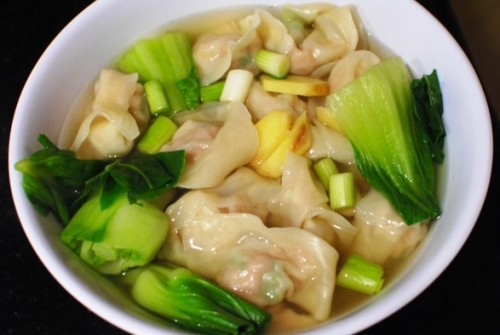 One of the most comforting foods in my childhood (and still now) is a good bowl of wonton soup. It’s a dish that every Chinese restaurant seems to have, but they can vary quite a bit from bowl to bowl. When I order it in a restaurant, there’s often only 4-5 dumplings in a bowl. For something so good, I always want more. So, I decided to make some at home.

I’ve made homemade wontons only a few times in my lifetime. This would only be my second time since moving out of my parents’ house almost 8 years ago. It’s a little bit of work, but the payoff is definitely worth it. There are so many things you could put in a wonton wrapper – I chose to do mine using shrimp and ground pork. I wish I could put down the recipe but truthfully, I just eyeballed everything. I used about 3 parts pork to 1 part shrimp, finely sliced green onion, lots of grated ginger, and a little bit of soy sauce and oyster sauce. Pretty simple. 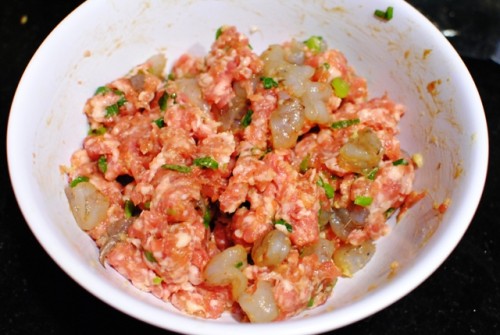 Wrapping these little guys up was actually a little easier/quicker than I remembered. Put filling in, wet edges and fold in half, then twist into distinctive shape and seal. 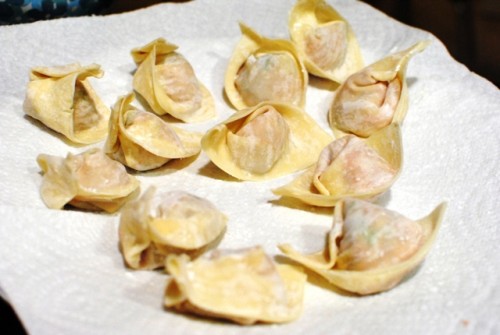 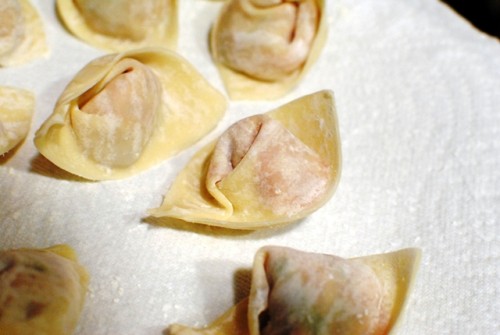 To accompany the wontons, I had some fresh noodles, bok choy, and a chicken broth infused with ginger and scallions. 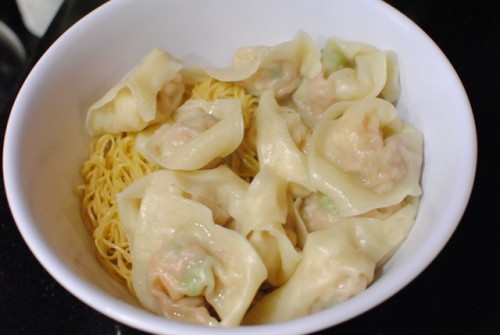 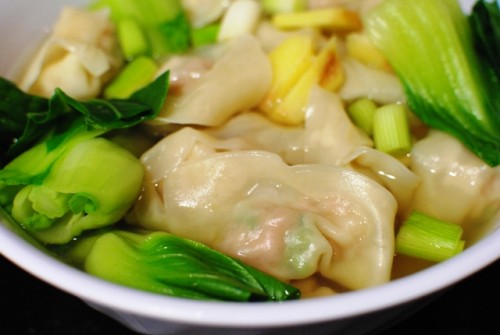 Delicious! I’d have to say these turned out very good; if anything, I’d probably add more grated ginger and scallions next time. But still, I was very happy with these…I’ll have to make some more soon.

Experimenting a little bit, I also made some pan-fried dumplings with a thicker wrapper. 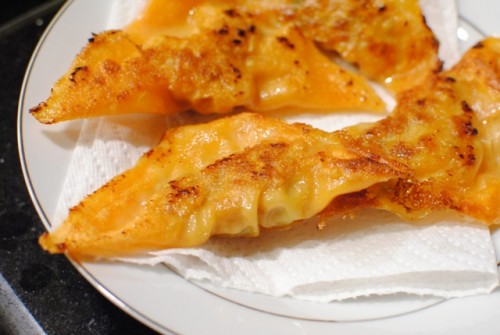 I don’t have any wrapping technique so I just folded these in half. These were quite good too – there was a good amount of surface area to make them nice and crispy, and the filling was just as good as in the wontons.