Pheast is one of the latest underground supper clubs to pop up in Los Angeles, a concept that seems to be on fire right now (the most notable example, of course, is wolvesmouth). Underground dining, at its essence, is where a small group of people meet up at a “secret” location to eat unique, spontaneous creations on a plate.

I first heard about Pheast from a random tweet by 3starbackpacker but a quick Google search at the time yielded nothing. It stayed in the depths of my memory until Kevin and Ryan went a couple of weeks ago. My interest was suddenly piqued. Isaiah Frizzell is the man behind the meal, a self-taught chef originally from Tennessee. 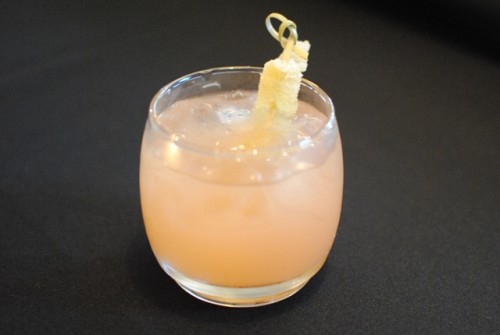 This was explained as similar to a Greyhound, and sure enough the characteristic grapefruit flavor is what I noticed first. Refreshing. 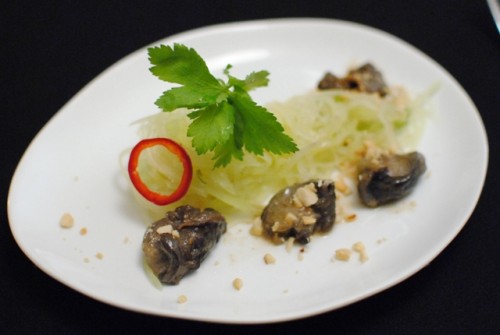 This was an interesting mixture of ingredients. The papaya salad was crunchy, acidic and just a little bit spicy. The acidity really played well with the richness of the tender escargot. 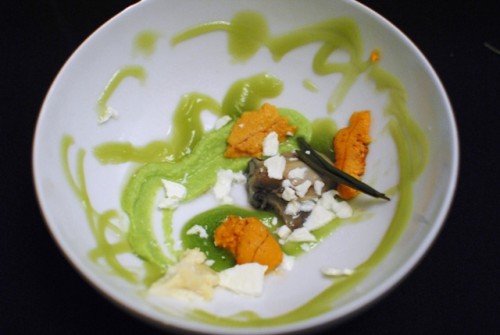 The uni was a little bit warmer than I would’ve liked, as well as a little muddy and fishy tasting. Not good. However, the pickled oyster was bright and flavorful, while the sour cream chocolate was really interesting, lending a welcome sweetness to the dish. 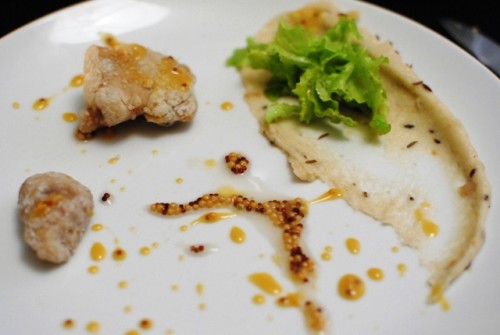 The sweetbreads were very tender and I thought really stood up well to the mustard. Rye puree…now that’s a novel idea. I thought this worked as well, adding a wheat flavor – in a way, this dish was sort of like a deconstructed sandwich. 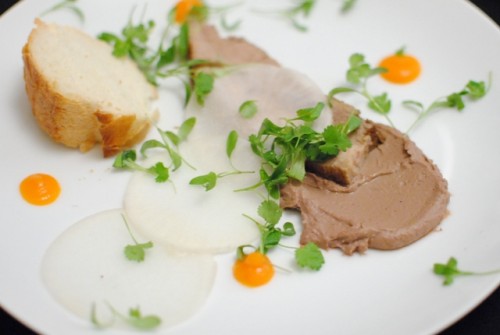 Speaking of deconstructed sandwiches, here was a version of a Vietnamese banh mi. All of the components were quite good, especially the chicken liver mousse. Rich and flavorful, it made a nice spread for the rich pork belly. The cilantro was  key in adding some freshness and brightness. 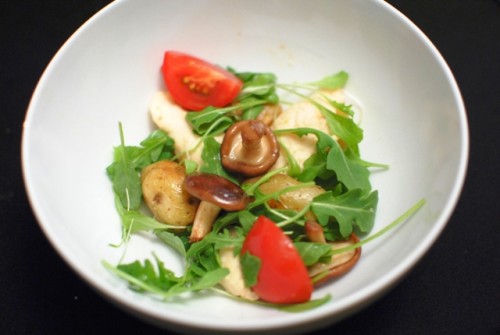 Isaiah explained this as an Escoffier-inspired dish. There were a number of components in this bowl, the most prominent being the shrimp and truffled potatoes. I think each of these worked well with each other, though I was looking for a little bit more of a textural contrast somewhere. 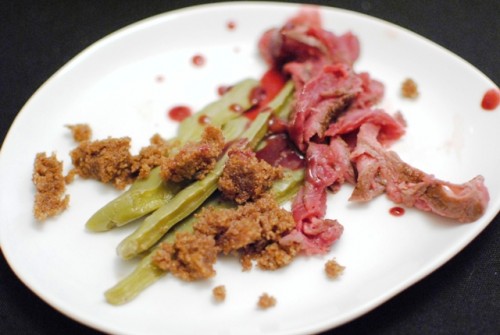 The bison, seared rare, was very good. This was my first time having teff, an African grain similar to quinoa. The cactus, with its slimy texture (similar to okra) was good as well, but I don’t think this dish was necessarily greater than the sum of its parts. 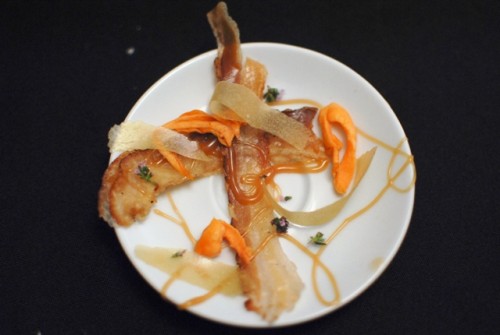 This was a play on the famed Alinea dish consisting of bacon, butterscotch, apple, and thyme. The bacon, from Lindy & Grundy, was probably the thinnest I’ve seen (1/16 inch) and had a crispiness and smokiness that was accented well by the sweet butterscotch. The sweet/smoky interplay was a clever transition from savory to sweet dishes. 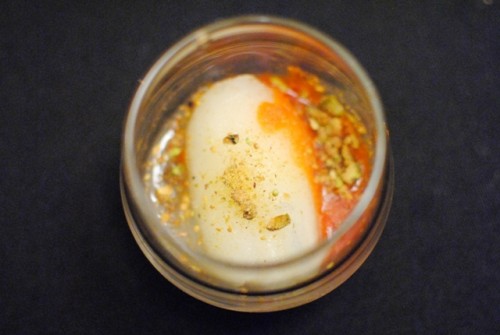 A bit of a palate cleanser here. The grapefruit sorbet was nice and refreshing, and the red bell pepper really mixed things up.  The pistachio added some sweetness and texture. 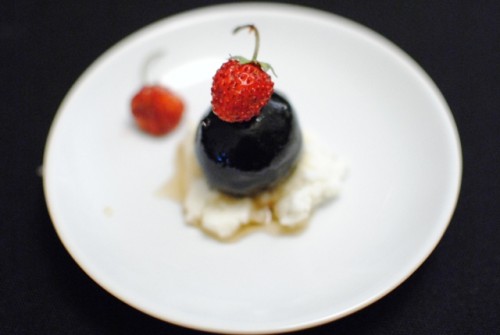 This dish didn’t work too well for me. I liked the walnut, but I didn’t think the goat cheese really paired well. Though, I’m not really a cheese person. 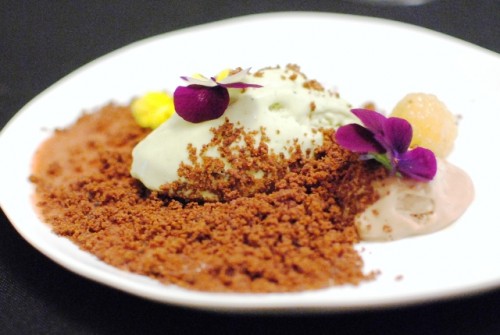 This was easily my favorite of the sweet dishes. I liked the sweet/tart combination from the cherries and chocolate, while the dark chocolate “soil” added texture. Both the ice cream and cremeaux (sort of in between ice cream and mousse) were very good.

While I didn’t love all of the them, Isaiah presented a suite of dishes that were creative and imaginative, drawing inspiration from the classic (Escoffier) and the modern (Alinea). Often when trying to continually be innovative and different the plates don’t always work, but when they do it’s something very unique and special. Having said that, I was amazed at Isaiah’s ability to prepare all of these dishes (there were 8 of us dining this evening) with minimal help. He carefully explained each dish as it arrived, and it was clear that a lot of thought and work went into each one.