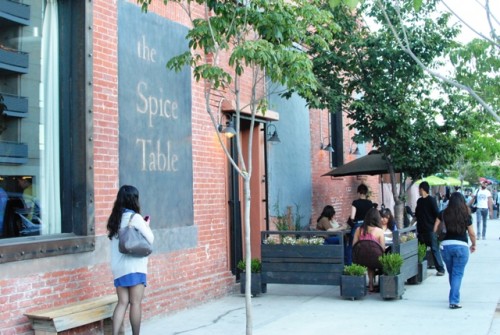 The Spice Table opened a few months ago, one of the latest additions to the ever-growing Little Tokyo/Downtown LA restaurant scene. Although chef Bryant Ng’s background includes being opening chef at Pizzeria Mozza (as well as working with Daniel Boulud and Roland Passot), the cuisine here is half a world away. Inspired by the streets of Southeast Asia, the menu consists of small to medium-sized plates meant for sharing. The restaurant’s name is no misnomer – spice is king here. 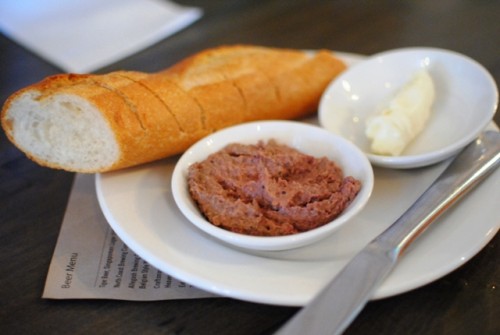 I enjoyed the pate – smooth, porky with a deep savory spice blend. The baguette was fine as a vehicle for the spread. 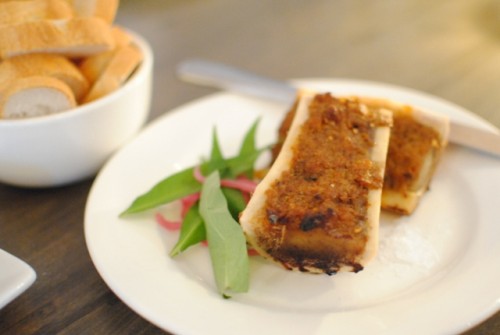 Like butter. Rich and creamy, I thought the prawn flavor of the sambal brought a nice flavor profile creating a sort of surf & turf interplay. 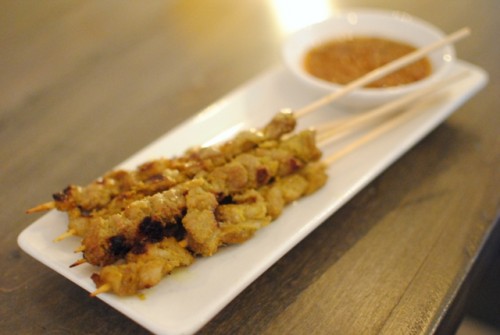 I tend to associate the belly with a fattier, more tender cut. However, this was a little chewy with some cartilage-like bits in it too. Hm. The flavors were there though; the building spice foreshadowed what was to come. 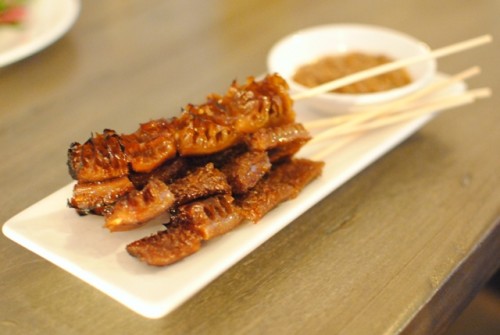 One of the specials of the day. Really tender, squishy almost, with a nice sweet-spicy sauce. I enjoyed this quite a bit. 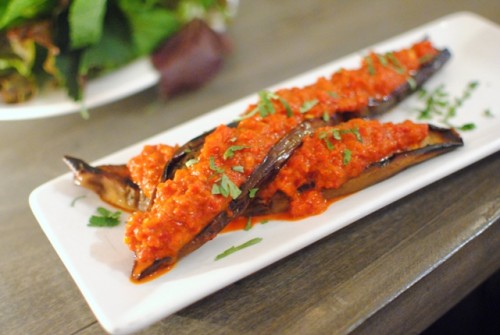 The eggplant’s texture was rather mushy and sort of creamy. On my first bite, I could taste the chile flavor, really the main flavor component. On the second bite, the heat had me rushing to my beer. 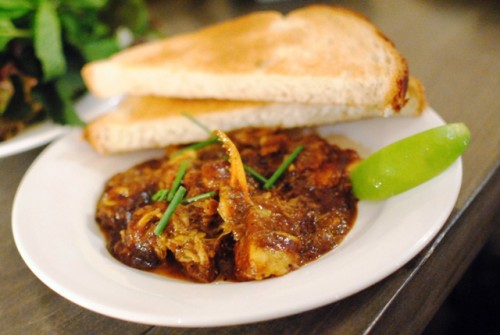 Loved the large chunks of flavorful crab on top of the crusty toast. A little bit of lime was a perfect complement. The heat of the pepper was slightly uncomfortable for me at times. 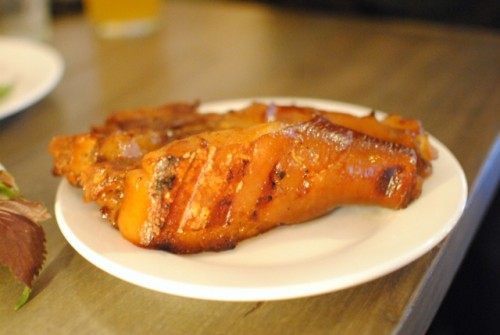 You know, I’m not sure I’ve ever had pig tail like this. Kind of like a miniature version of oxtail. Tender and flavorful meat with a lot of gelatinous bits, the richness was countered by the cool basil and lettuce accompaniment. 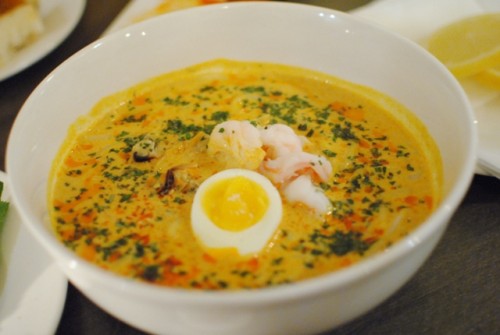 Luckily for me, this wasn’t as a spicy as I had feared. There was a creamy richness to the soup, featuring chunks of pork and shrimp. Homey and comfortable. I enjoyed the noodles, but wished they were longer…and perhaps with a little more chew. 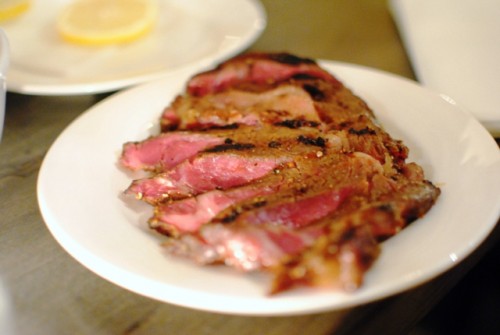 Another of the daily specials. I could get the garlic, sugar and soy marinade flavors in the steak, which was tender and cooked well. Probably not one of the more unique items on offer, though. 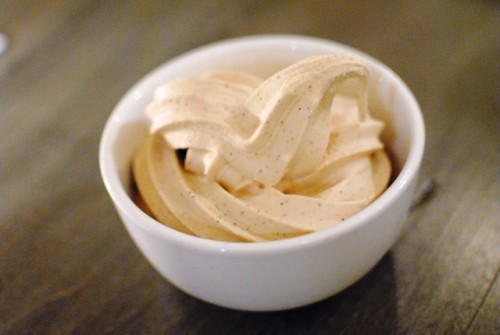 The restaurant features a ‘daily flavor’ of soft serve each day, though it’s been the same flavor on both of my visits. But seriously..milk tea?! Being a huge fan, this was a must-order. I thought this was a pretty good softserve, with a strong milk tea flavor really showing though. 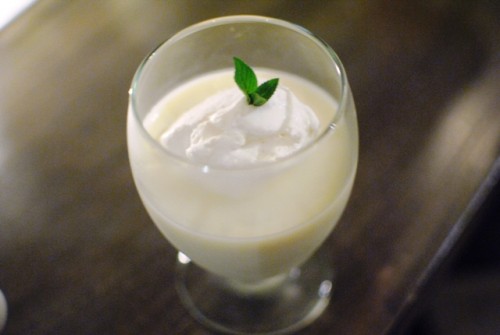 While the first dessert was very sweet, this was quite tart. The strong lime flavor was actually sort of refreshing (I could have used some during some of the spicy entrees), light and creamy.

I didn’t dislike anything, but I didn’t love anything either. The Spice Table’s food was solid and full of flavor, but I’m not sure I fully appreciated it due to the fact that I can be kind of lame when it comes to spicy food. I will say that the meal was a little more expensive than I thought it was worth. North of $70 per person with just one beer each, it wasn’t cheap. Still, I don’t come across this type of cuisine too often (especially in a more upscale atmosphere), so I’m glad I was able to try it.